Berlin’s Most Extravagant Cabaret Yet 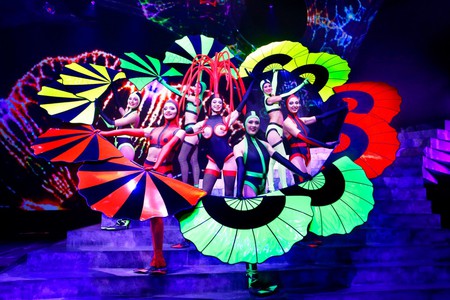 Most are familiar with the famed musical and film, Cabaret, which can trace its origins to Christopher Isherwood’s novel, Goodbye to Berlin. When a show is set to play at Berlin’s Friedrichstadt-Palast, a theater known for its long history of cabaret performances, you can bet that those behind its production will go all out. With a budget of €11 million, the actors in the new revue show, The One have been outfitted in flashy costumes by fashion legend Jean Paul Gaultier.

Gaultier is notorious for his flamboyant and eccentric pieces, and what better place to showcase this than the dramatic stage? The commission to design the costumes for The One was enough to entice the French fashion designer out of retirement. In fact, the proposal first came from Gaultier after he saw a show at the Friedrichstadt-Palast. He immediately contacted the director saying, ‘I would simply love to design for one of the next Palast shows!’ Designing for this theatre in particular was a childhood dream of his. 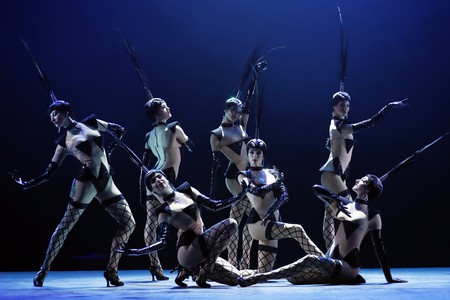 In conjunction with a team of 55 other people, Gaultier worked magic in coming up with these impressive ensembles. Many of the pieces are bold and colorful, in keeping with the Las Vegas style of this revue. Yet, the collection of costumes is also quite diverse and many are studded with Swarovski Crystals, one element that has made this Friedrichstadt-Palast’s most expensive show ever. 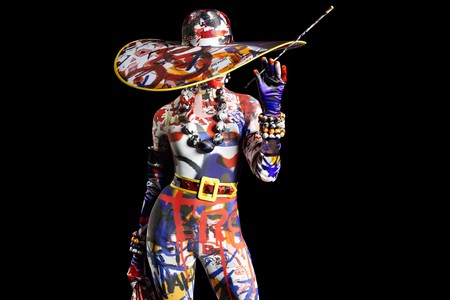 He even took multiple visits to Berghain, another one of Berlin’s most famed institutions, for inspiration on his designs. Indeed, there is a definite punk and fetish aspect to the costumes, which feature elements of bondage, androgyny, and tattooing. This makes good sense considering that the show follows characters through the city’s underground party scene. 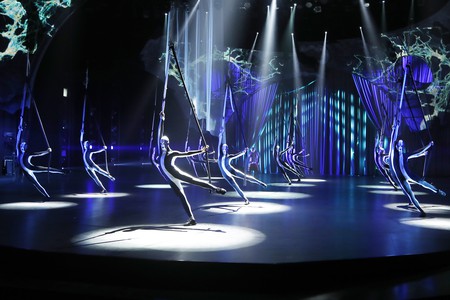 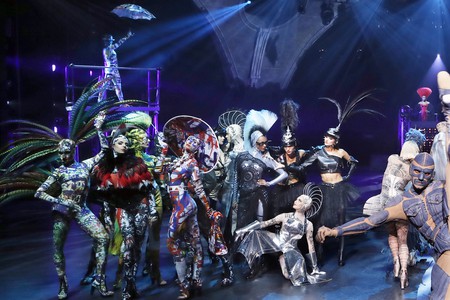 © Sven Darmer
Give us feedback