Where To Find the Most Spectacular Views of Berlin 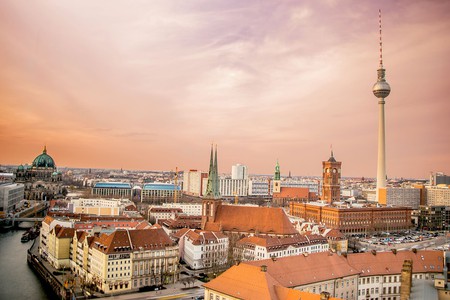 For those in the know, there are some spectacular scenes of the Berlin from above, from the top of a car park in Neukölln to the more obvious tourist spots like the TV Tower. For those looking for a breathtaking vista, here’s the definitive list of the best spots in the city. 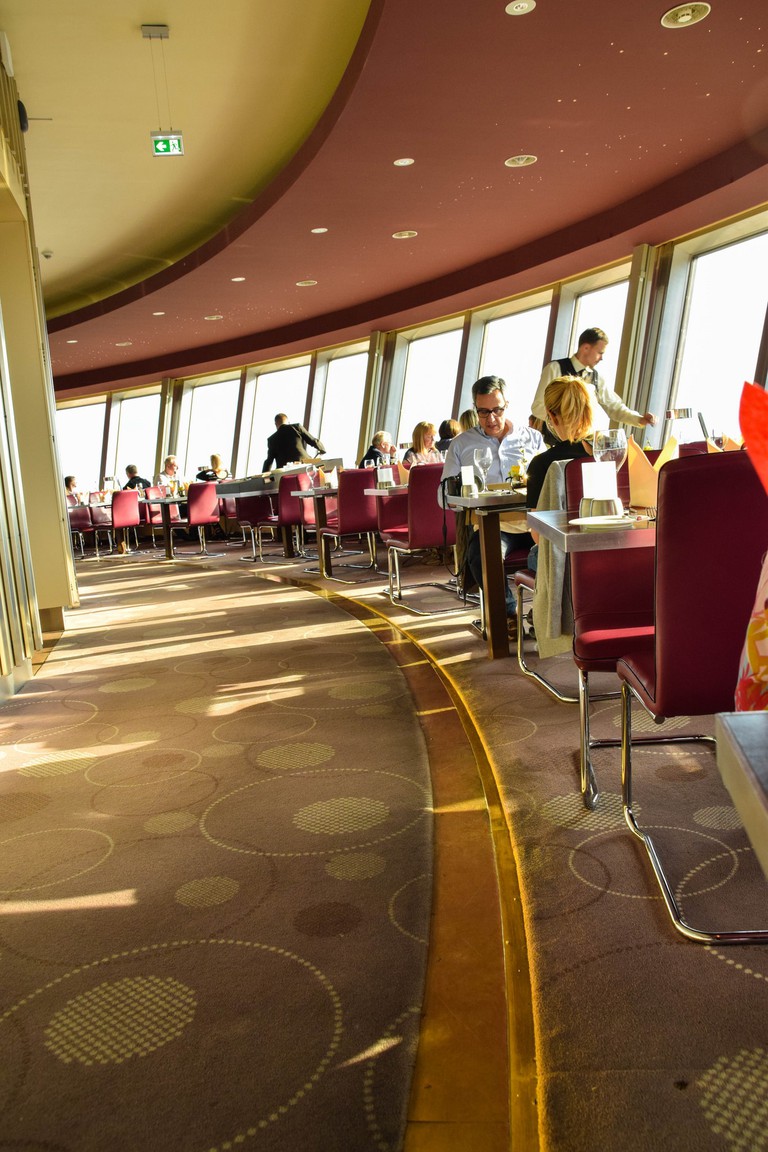 The TV tower is not only one of the most important symbols of Berlin, but it also offers an incredible vantage point to take in the city. With a height of 368 meters it is the highest monument in Berlin. At the top you can find a restaurant from which you can enjoy a well-cooked meal while admiring the city from a unique perspective. There is no need to get up from your seat, as the restaurant turns 360 degrees every half an hour. 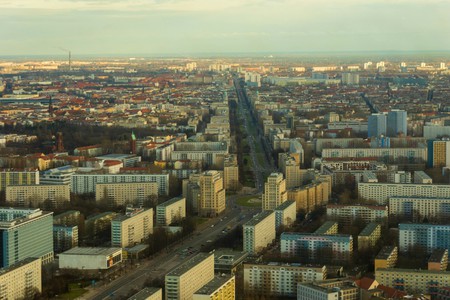 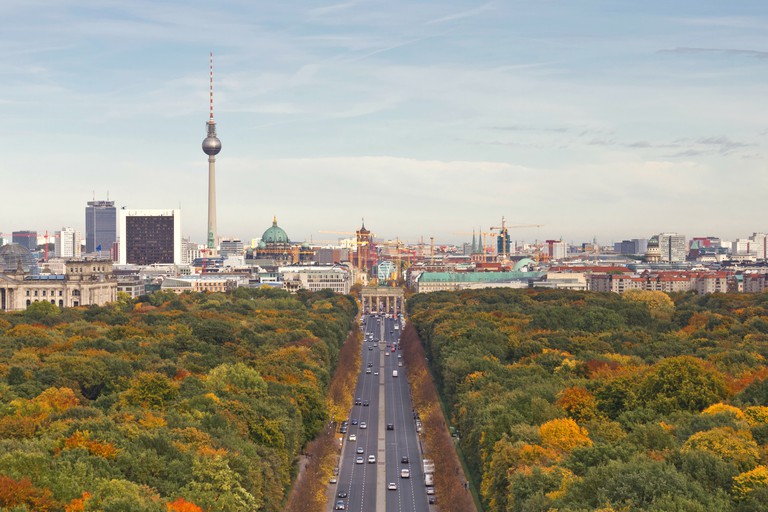 View from the Siegersäule via Wikicommons
If green space is more to your liking, the Victory Column in the Tiergarten offers you the best view of Berlin. It was originally built by Hitler to prove the superiority of Nazism. Nowadays, it is the end point of the Christopher Street Day, the gay-pride parade, of which this palace is also the symbol. 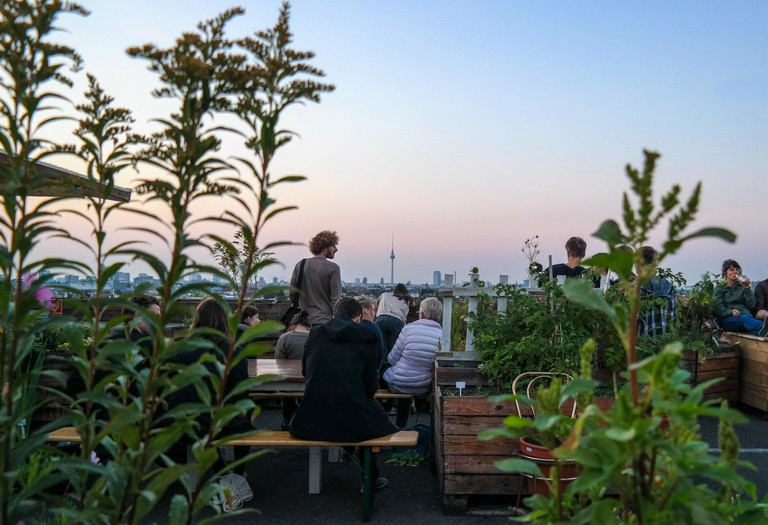 Thanks to its location on the rooftop of a shopping centre, Klunkerkranich is a great place to catch the sunset | © Peter Delius / Alamy Stock Photo
At the top floor of the Neukölln Arcaden, the Klunkerkranich is a place where artistic tastes and giddy events meet. Once it was a simple parking lot, so it is worth seeing how wonderfully it has been transformed. You can take a beer, listen to a concert, read a book, all while soaking in the wonderful views of Berlin. This is a family place, particularly during the weekend and during the middle of the day. There are sand areas for kids to play in. Furthermore, if you have green fingers, you can also participate in some gardening. 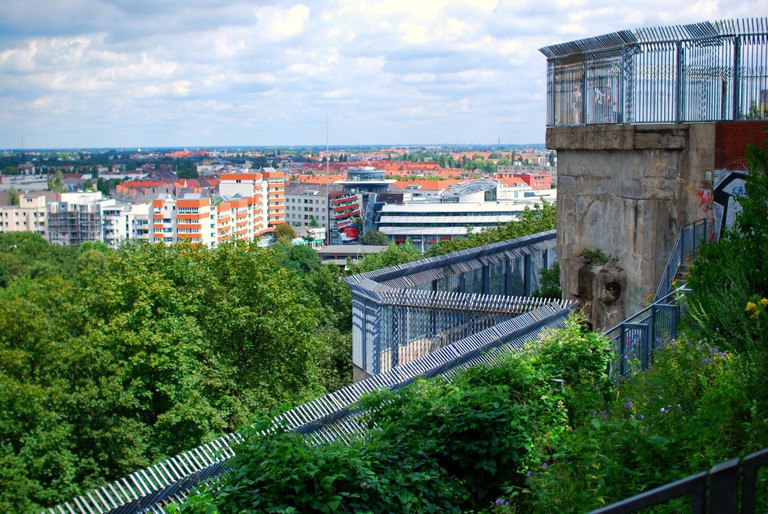 View from Humboldthain via Pixabay

Placed on top of a hill, this was originally a tower and bunker built by Hitler during the Second World War to observe and protect the city. During allied bombing of the city, thousands of civilians hid here for protection. The structure proved so sturdy, due to thick steel-reinforced concrete, that it has been too difficult to remove. The hill, itself, expanded after the war as it was used for dumping rubble. Contemporarily, the remaining bunker complex has become a popular destination within the park, not only for the city views, but for outdoor activities. 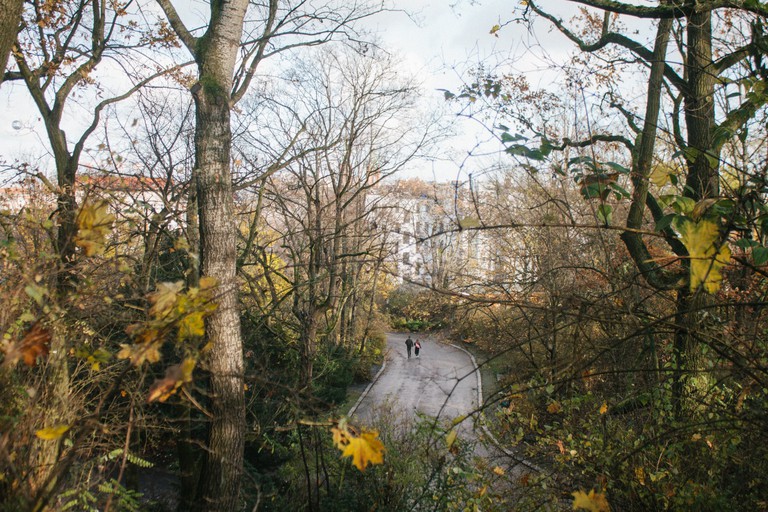 Right in the middle of Kreuzberg, this is one of the best parks in Berlin. Viktoriapark offers vast grassy spaces where you can enjoy the sun on the warmer days. While relaxing on the grass, the park has the added benefit of a small waterfall, which makes for a soothing background ambiance. If you feel sporty, you can have a long and steep walk following the waterfall to the top. It is worth the climb because at the top you will find a stunning and romantic view of Berlin.