The cosmopolitan city of Berlin has became a mecca for contemporary art, with thousands of artists living and creating here. From underground street art to self-expansive installations, it is obvious in its every single corner that the capital city of Germany is a fruitful place for cultural production. In the following, we present you with five exciting new representatives of Berlin’s contemporary art. 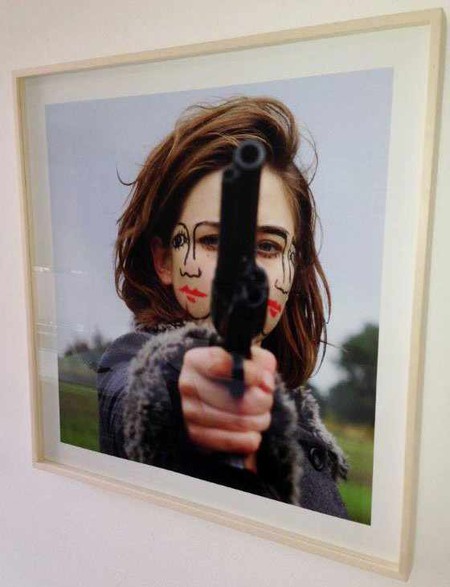 Born in Czarnowanz, Poland in 1975, and taught in the Fine School of Arts in Germany, Sebastian Bienik is a Berlin-based painter, photographer, author, artist and director. He is mostly known for his “alive” paintings that move, walk and feel, following Picasso’s art technique. A typical example of his surreal artistic philosophy is his photo series called “Doublefaced” that reflects the routines of a two-faced girl as she goes about her daily life. 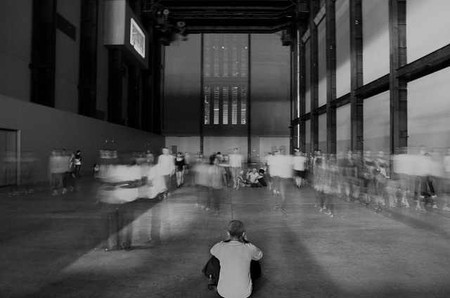 Τhe British-German, based in Berlin, Tino Sehgal is regarded as one of the most influential contemporary artists on a global scale. Many believe that he is much more than an artist and compare him with the ancient Greek philosopher Socrates, meaning that he achieves a substantial interaction with the audience of his works that allows them to approach their Truth. What’s so special and unique with Sehgal’s artistic identity and expression is the fact that his exhibitions do not include exhibits, as all of his works are immaterial. He actually describes his works as “constructed situations”, which are performed, or, to be more accurate, interpreted by a group of people who dance, walk, narrate and sing. 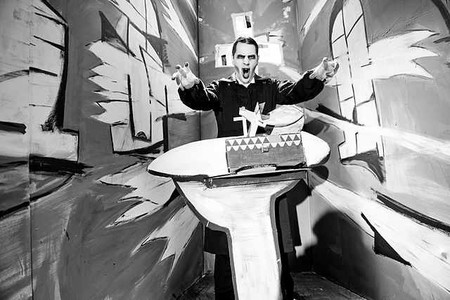 John Bock was born in 1965 in Gribbohm, Germany and nowadays lives and works in Berlin. In the framework of his performances, Bock combines the artistic elements of theater, video, installation and sculptures in order to transform simple structures of life and art into abstract forms and paranoid models. Interaction with the audience is a vital part of Bock’s art, who aims to imbue it with his uniquely expressed utopic vision.

Ines Kouidis was born in 1963 and studied painting and design in the Free Academy of Art in her birthplace, where she also works and lives until today, Berlin. She is a paper collage artist, inspired by famous actors, musicians and fashion icons. Her concept involves appropriating old newspapers, magazine front pages and posters to create fascinating new characters. Even the smallest piece of paper represents a part of this unconventional discovery procedure. 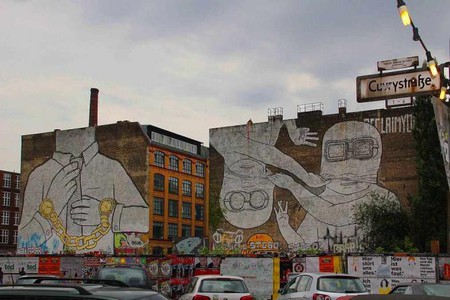 The German photographer Sarah Schoenfeld spent many years working in famous clubs in Berlin, getting familiarized with the influence of drugs. So, she decided to make an experiment using squeezed drops of various drugs and mind-altering chemicals onto negative film. The chemical reactions involved in that procedure lead to amazing combinations of colors and drawings.