Berlin By And For The LGBTQI Community

Berlin’s recent history is steeped in transgression: political, cultural and in the lifestyle choices it offers. A city whose name rings in everyone’s ear as the European capital of electronic music, start-ups, and gentrification, it was initially shaped by the freedom it offered, allowing what was back then a transgressive scene to flourish. It defined the city and became part of its identity; therefore, in Berlin, it is impossible and problematic to make a specific distinction between what is and what is not LGBTQI. Despite this fact, here is a selection of some older and some newer institutions that give a decisive voice to all things queer in Berlin. 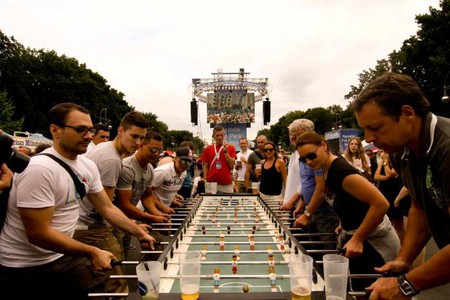 Building, Museum
Facebook
Email
Twitter
Pinterest
Copy link
Share
Formerly in the courtyard of a building in Mehringdamm, the Schwules Museum‘s presence was marked by a large white and pink banner. The recent relocation means an expansion to a space of 1600m2, allowing for larger exhibitions and a more in-depth gaze into the complexity of gender, identity, sexuality, etc. The museum has already touched upon topics such as HIV/AIDS, transexuality, pornography, art and homoeroticism, as well as exhibited the works of artists that were or are gay, exploring how their sexuality found expression (or not). Aside from the exhibitions and film showings, the archive is well worth a look into, and is accessible to the public during open hours, which vary daily.

It would be a long list if we tried to provide a complete account of all gay bars in Berlin, but we can offer a few recommendations, from the classics to the outrageous to the newest and coolest. Undeniable double trouble of classically kitsch Berlin is Roses (Oranienstr. 187) and Barbie Deinhoffs (Schlesische Str. 16), both located in Kreuzberg. The former is a fake fur, fantasy pink dive that caters to a younger crowd, while the later is a cozy bar, complete with familiarly crumbling walls, pawned furniture and paintings, which are for sale. The dimmed lights and smoky interior are to be expected from a typical bar in Berlin, but Barbie Deinhoffs makes strong ‘Mexikaners’ and has a great selection of drinks. Keep an eye out for a thin woman who wanders into the bar selling her artwork — tiny square pieces of paper delicately hand painted with the symbol of a lotus flower. Don’t miss out on The Club (Biebricher Str. 14), a hub of activity both in terms of arts — they feature frequent exhibitions — as well as events, including a Drag night. The community at Club is dynamic, inclusive, and international, manifesting the indistinguishably Berlin ideal whether you are a person or a robot; as long as you love, you are a welcome face. 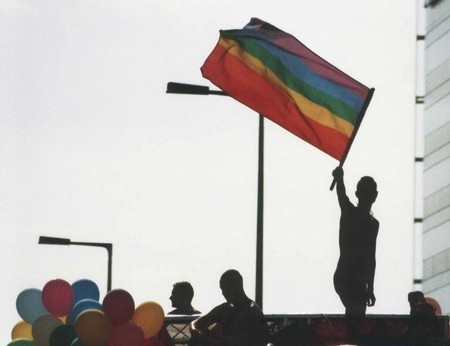 Bar, German, $$$
Facebook
Email
Twitter
Pinterest
Copy link
Share
Open since 1977, SchwuZ (Schwulen Zentrum) is one of the original and oldest gay clubs in Berlin. Originally based near Mehringdamm, its exterior advertised a discrete bar with a terrace. One had to be on the lookout for its far door at the back, leading to a corridor, a bouncer, two flights of stairs into the lobby, and eventually three dance floors, reminding one of the secretive atmosphere that dictated this kind of space. It relocated in the summer of 2014 to an old brewery in Neukölln, where it offers both parties and events, with a variation in styles of music from pop and retro to elektro and rock. Their parties are as varied as the scene itself, a fact which they are careful to highlight on their website. SchwuZ is a necessary visit for anyone coming to Berlin.

Born in the rooms of SchwuZ and active since 1984, this magazine publishes articles, discussion pieces, information and interviews about queer Berlin. Featuring some of its most colorful and familiar characters, it has a partner magazine, L.Mag, which focuses on the lesbian community. The website has a strict policy with regards to comments and upkeeps a high standard with its users. Its events listing is the most complete representation of what is going on in Berlin in terms of the LGBTQI scene, and should be earmarked for future reference! 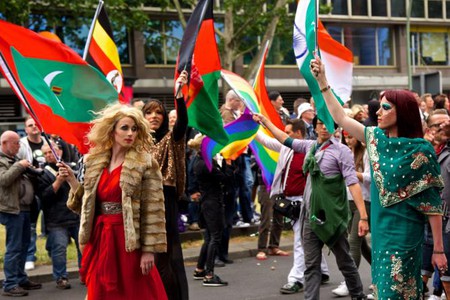 A calendar of LGBTQI locations in Berlin cannot avoid the festivals and awards inherent to the scene. Impossible to omit is the Gay Pride of Berlin — Christopher Street Day for the locals — celebrated in Nollendorfkiez. It is as outrageous as one can get so expect a lot of skin and furiously loud music plus film showings, exhibitions, lectures, and concerts. Like most of Berlin, it is eclectic in nature. One can also sign in to be part of the parade — visit their website for more information. The Teddy Awards, in the context of the Berlinale, are the ‘official queer awards of Berlin’ and run yearly, granting prices according to three categories: best short film, best documentary/essay film, and best feature film. They aim to feature films that touch on topics of queer interest, and according to the winners of last year’s awards, demonstrate a conscious approach to issues of inter-sectionality, as is clear from this year’s selection.

When Something Goes Wrong

Despite Berlin’s openness, it is not unheard of to encounter some problems as a member of the LGBTQI community. Should this be the case, there are also support groups and organizations which cater to both legal questions as well as offer psychological support. The three organizations listed offer an intersectional approach, considering problems that might be faced by queer people of color, migrants, and trans*people. If you do not speak German, LesMigraS offers translation services, and their website is available in eight different languages. StandUp Antidiskriminierung Schwulenberatung Berlin was founded to offer legal support in cases of discrimination, whether in the workplace, in the street, within family, or with the public authority. Lastly, Transinterqueer e.V. – Triq focuses on issues faced by transgender or queer persons.