Berlin And Club-Mate: A Buzzing Duo 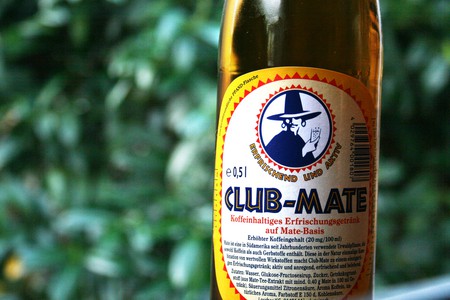 It doesn’t take long for even neophyte Berliners to pick up on this indelible caffeinated staple. A simple beverage used as an energy source and a thirst quencher has become some sort of unspoken iconography of young Berlin. An innocuous bottle that sits on the shelves of just about every späti has quietly usurped the beverage throne in the capital and its influence is spreading quickly to other countries. When did this effervescent bottle of copper colored liquid take hold of the Hauptstadt? And why has it become more ubiquitous than wasser?

Loved for its buzz without the jittery feeling that overdosing on coffee can provide, Club-Mate is a paramount facet of contemporary Berlin. As a caffeinated beverage, it was made popular by those who needed to stay awake into the wee hours of the morning. In Berlin that could mean club goers and hackers, but also essentially everyone under the age of 35. Made from the Yerba mate plant that grows in subtropical South America, which produces good doses of central nervous system stimulation, its main component has been around and been enjoyed for centuries. 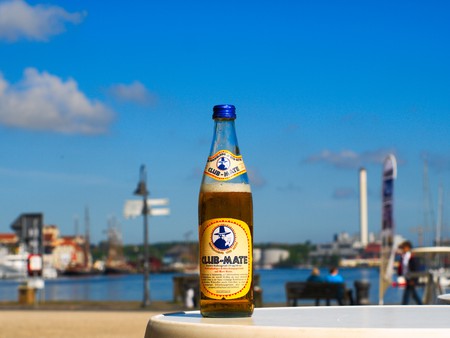 It wasn’t until the 20th century that the Yerba plant took a mighty transatlantic voyage. In 1924, in Northern Bavaria, a town called Dietenhofen hosted a small time beverage company that started putting out a drink named “Sekt-Bronte”. This drink was the father of today’s indispensable Club-Mate. In the 1990s, as everything started changing in Germany, a brewery called Loscher purchased the license to this drink and in a way of rebranding this beverage dubbed it “Club-Mate”. The first wave of crates hit Berlin and Hamburg in the same decade. 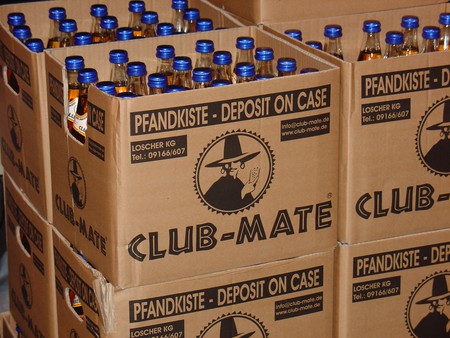 It was first adopted by hackers; A seemingly refreshing way to stay awake without all the saccharine slop added by regular soda. Its buzz is meant to be more mellow, not a rush like gorging on heaps of filter brews and Red Bull. The members of the Chaos Computer Club in Cologne took a particular liking to it in the early 90s. Since Loscher doesn’t rely or do much marketing, the small brewery relies on a less strict business, word-of-mouth policy. Club-Mate is an honest beverage that carries its own, and doesn’t have to get as aggressive as a Himalayan sky burial in implementing marketing tactics. It couldn’t have fallen into better hands than the loyal hackers who need the fuel to function through the night. Those who attended hacker camps in Germany, like the one hosted by Chaos Computer Club in Cologne, remembered their first Mate and carried the message with them. 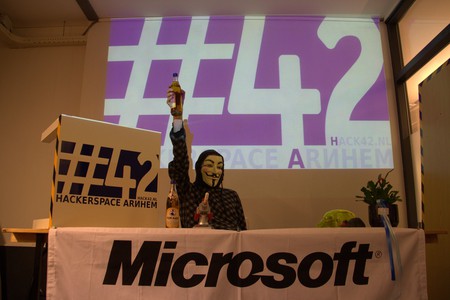 The other group who adopted the handy caffeinated companion were the ravers. As the internet cataclysmically skyrocketed into a permanent culture, so did the electronic music scene in Berlin. A cold and accessible energy drink nascent in the 90s ecosystem of night owl culture could not have come at a better time. After the wall fell much of the East was a succulent playground. Squatters, artists, and ravers rebuilt and they partied. They set up shop in once-upon-a-time apartment buildings and factories and made it their own, making sure drinking was always a part of the equation. The early 90s were booming in Berlin, but they were still economic turbulent times. In Prenzlauer Berg there was a donkey cart that would go around to makeshift clubs selling alcohol because licenses were rather tricky in these derelict pop up party havens. The donkey cart soon turned into a truck and the man became the main libation supplier in those parts. Eventually, at one of the clubs, a patron from Bavaria asked for something from his hometown, Club-Mate. The chilled, caffeinated beverage arrived in ample supply and it was an instant success. 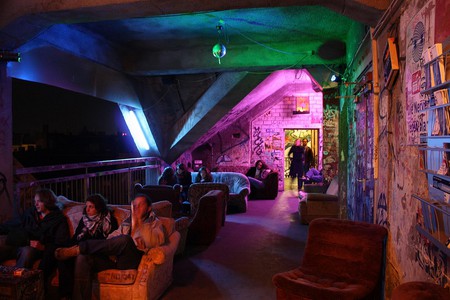 Club-Mate is is increasingly being coupled with various libations, resulting in off-shoot drink with names such as vodka-mate, which is a favorite amongst millennials spending an evening out in Berlin. Although sometimes referred to as a hipster drink, Club-Mate doesn’t fall into any singular category. It’s a drink for those who need a little boost or a date for their adult liquid on the go. The all night culture of the 90s, that still exists and survives in today’s Berlin, made this little bottle fecund in the city. Club-Mate is a symbol of the city, and has furtively wove itself into the very fabric of Berlin. It’s difficult to go a day in Berlin without seeing one of these translucent bottles. 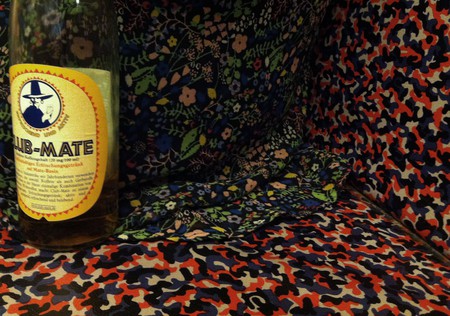