Hypnotizing, groovy, with deep techno sounds – that’s Ben Klock, one of the pioneers of techno. Klock is probably one of the most hyped DJs in Berlin, and rightly so. Born and raised in this city, as a DJ, producer and owner of a record label, he is undoubtedly one of the leaders in the field when it comes to techno. The Culture Trip takes a look at his journey. 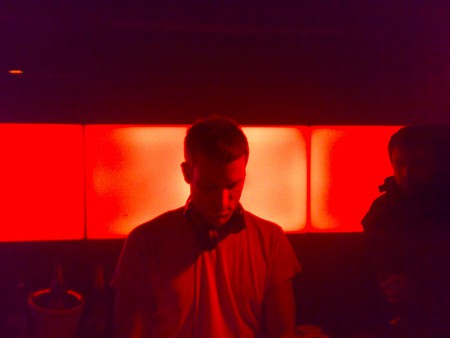 Ben Klock started to release his music on labels in 1998, and since 2004, he has been one of the residents at Berghain. The club and his music have had an equally substantial effect on shaping each other. Every Berliner knows the size of the crowds wanting to get into Berghain for its famous Klubnachts on Saturdays and Sundays when Ben Klock plays his legendary marathon sets.

Klock has built up an excellent reputation among the world’s techno scene. Berghain’s label Ostgut has featured most releases by Ben Klock, including his most successful album, One, in 2009.

His own label Klockworks, which he founded 2006, and his work for Ostgut are the outlets for most of his music. Besides releases on his own label and Ostgut, he has released EPs on Blueprint Records and BPitch Control.

His music is diverse, something that is rare in the field of techno. One release can be groovy and deep, and the next can come straight out of Berghain with that hard sound. Klock is also famous for his remixes of various artists from different genres of music, such as house legend Kerri Chandler and Depeche Mode.

In this year’s Resident Advisor DJ Poll, he made it to the 8th place and was honored for his diverse music, his knowledge of techno and his constant touring – he doesn’t take a weekend off. Restless Klock is always up to something and committed to his music. It was not always like this though; at first, producing was just a hobby. He was a graphic designer until the opening of Berghain; his success on the side of Len Faki and Marcel Dettmann made him the superstar of the scene. He definitely was at the right place at the right time. Of course, it was not just luck, as his hard work and passion for music has meant he has kept his throne. A testament to this is the incredible number of over 120,ooo followers on Soundcloud.

A good chance of catching Ben Klock in Berlin is naturally in Berghain. Be sure to get there early, as it may increase your chances of getting in and seeing one of one of the best music acts Berlin has to offer.