Being True Italian in Berlin: Food, Wine and Philosophy 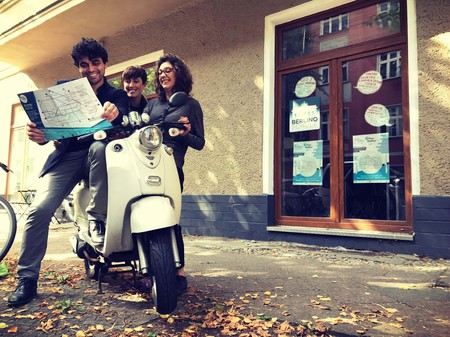 The hour of 72 is approaching. What comes with it is a weekend of delightful ‘True Italian’ flavours presented by its network of restaurants, pizzerias and wine bars in Berlin. Sara Trovatelli of Berlino Magazine and one of the immaculate forces behind the project sat down with us to discuss its mission, passion and some mouthwatering facts about 72 hours True Italian Food.

The story of ‘True Italian’ began two years ago in Berlin or perhaps when a hot-blooded Florentine stumbled upon a döner pizza and exclaimed, ‘Das geht nicht!’. True Italian then emerged to safeguard the philosophy of true Italian cuisine in the German capital. Old favourites, like Muntagnola and Francucci, joined forces with newcomers like Jamme Ja and Orlando in an ever-growing network. Their aim? To represent the authentic Italian cuisine, ingredients and passion and fight the often-unpleasant fusions. 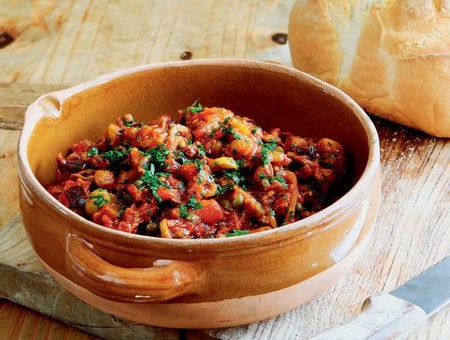 Autentico is the Italian word of the day. More and more good Italian restaurants are popping up than ever before. The owners don’t necessarily hail from a culinary background but often rise to culinary excellence. ‘Cuore Di Vetro ice cream parlor in Mitte is a good example,’ Sara says, ‘The owner, originally an editor, did an ice-cream course, loved it so much she opened the shop and is now bringing in prizes with her experimental flavors.’ In Jamme Ja, a couple of former chemists are now formulating Neapolitan deliciousness, focusing on the region’s foods, culture and seasonal recipes. Coincidentally, one does not need to go to Naples to enjoy some of its certified-excellent pizzas. Prometeo’s wood-fired oven pizzas, Malafemmena, with its strict adherence to Piennolo tomato-code, and Monella are making some of the best Neapolitan pizzas here in the German capital. Berlin boasts other regional favourites as well. Orlando does Sicilian, La Pecora Nera offers Venetian.

In September 2016, almost a year after its inception, True Italian organised its first event in partnership with the Italian Cultural Institute: The first 72 hours True Italian Food In Berlin. The Berlinitalienisches Tomatenfest followed in November, and April 2017 saw the first True Italian Pizza Week. Now the second 72 hour is approaching. Taking place from Thursday, September 28 at 7pm to the evening of Sunday, October 1, this year’s event has grown to include 52 locations. Pizzerias, restaurants and wine bars will showcase some of their specialties and a drink is also included in the event’s special price. 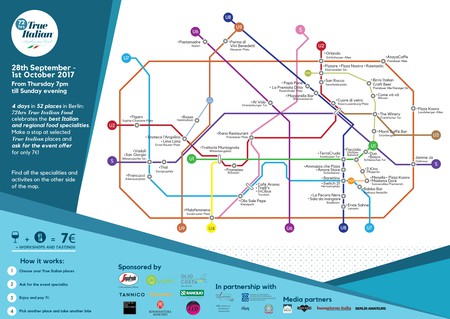 Birra is pairing its mortadella artichoke sandwich with its selection of Italian craft beers, and many restaurants will offer a regional wine alongside their regional dish. Orlando is offering a choice from two Sicilian wines and Babbo Bar will serve Tormena, an aromatic wine which unlike its German counterpart Gluhwein is not served hot. LimaLima’s classic Italian appetiser platter, on the other hand, comes with a peach-flavored Prosecco and Facciola is pairing its award-winning hot garlic and anchovies dip, Bagna cauda, with wine specialties of Piedmont. San Rocco’s featured specialty is not a food but a gin-based cocktail prepared by the award-winning mixologist Fabio Brusco.

Italian cafes, ice-cream parlors and confectionery shops are now featured in a separate True Italian event in November. ‘Italian Guilty Pleasure Days in Berlin will be organised in the context of the International Week of Italian Cuisine,’ Sara points out. 72 hours is however sweetening the deal for those who are impatient for their sugar fix. Kuchen von Gaia food truck will serve their signature bignè and tiramisu in Markthalle Neun on Thursday, in Boxhagener Platz on Saturday and on Sunday in Mauer Park. Erste Sahne in Neukölln is doing a takeaway pastry box and Duo, the ice-cream parlor near Schlesi, is offering ice-cream, coffee and a jar of homemade pistachio cream. A series of culinary workshops on sourdough pizza, Orecchiette and Ravioli pasta by Pastamadre mark the other major difference in this year’s 72-hour event.

‘General appreciation for good food is spiking,’ Sara says, ‘Here people are paying more attention to what they eat and food trends are hot everywhere.’ Berlin as such has facilitated the growth of the True Italian network despite some mixed reactions here and there. True Italian is not just made by the Italians. It is a philosophy, an approach to cooking Italian food and the ingredients, exported and adopted throughout the world. Berlin however will always remain the birthplace of ‘True Italian.’