Behind Cascades Of Liquid Gold: Walter Benjamin On Hashish 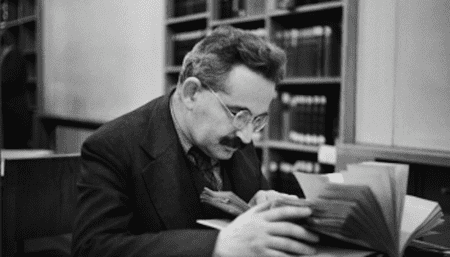 “You know that hashish always evokes magnificent constructions of light, glorious and splendid visions, cascades of liquid gold.” No, that’s not a conversation that occurred on the 15th hour of party in Berlin but a quote from Main Features Of My First Impression of Hashish by Walter Benjamin. The book includes 12 impressions on the whole experience of hashish smoking. The experiences were recorded over the years that he participated as either a subject or an observer of the drug, although he would very seldom take the drug alone. The first impression starts with a spirit hovering over his shoulder and the thought ‘there are 4 in the room apart from myself.’ Here we explore the background behind the book and the man. 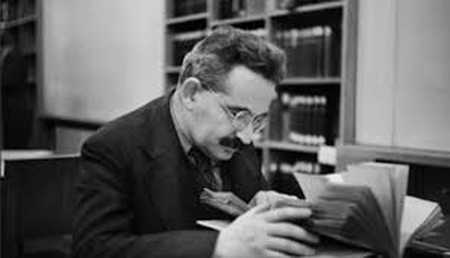 Mr. Benjamin was not only an occasional drug experimenter, but also an eclectic mind. His works have run the gamut from translating Baudelaire, Kafka, Goethe and Proust, to writing on topics like the philosophy of history and the meaning of everything, including his hashish works. Maybe that’s why his sentences sometimes will sound as if they do not progress naturally from one into another, and delineate no obvious line of reasoning, as if each sentence has to say everything, before the inward gaze of total concentration dissolved the subject before his eyes. Feeling lost? Indeed, that’s how Walter sometimes sounds like but his essays are modernistic and merge between philosophy, logic and literature.When not behind his desk surrounded by volumes on philosophy and history, every once in a while, Walter had dinner guests: great minds like Bertolt Brecht, Hermann Hesse and the Kaballah scholar Gershom Scholem. It is interesting to wonder what conversations they held at the table and what else they might have experimented with.

The Background and the Foreground

Born to a prosperous Jewish family in Berlin in 1892, his memories always carry the bourgeois security he grew up with. In Benjamin’s fashionable home the word poverty didn’t exist. Maybe that’s one of the reason why he became one of the pioneers of cultural criticism, one of the first to analyze the civilizational products and changes. Drastic changes always lead the trained mind to new horizons. Benjamin’s The Work of Art in the Age of Mechanical Reproduction is a Bible for art history, film studies and related fields. His work can be seen as the first pop philosophy. However, the reader should always have in mind that Walter was a firm Marxist and believed that was the only way out from Fascism. But again, being the artist and thinker he was, his understandings of Communism deviated a lot from Party orthodoxy.

His last book is called The Arcades Project, incomplete, and 1000 pages long. It consists of his notes for over a decade on the type of people liking to stroll on the streets and boulevards in Paris, the idlers and urban explorers, scholars, artists and writers (imagine something like a 19th century French hipster). His work, deeply influenced by his philosophical mysticism, lacks the systematic and rigourous thinking of some of his contemporary thinkers and was written while Benjamin was fleeing from the Nazi regime.

A Life In Exhile

Now people passing on the charming 10 Rue Dombasle can see the appartment rented by Benjamin, where he lived his last years in exile confronting reality with his eclectic ideas. His beloved city of Berlin, the city that he fled during the Nazi period, would come to commemorate his great achievements. A plaque is located by the residence where Benjamin lived in Berlin during the years 1930–1933. Close by Kurfürstendamm, a square is named Walter-Benjamin-Platz. Sadly, as happened to many other talented thinkers in the 1940s, being Jewish cut Benjamin’s life short. In 1940, at age of 48, Benjamin commited suicide in Portbou at the French-Spanish border while attempting to escape from invading Nazi forces. Trying to read Walter Benjamin’s work, you are struck by its almost total lack of meaning and structure. All of his work can be read as poetry that creates meaning rather then labouring over it too much. The reader is invited to intuite meaning from the chaos.