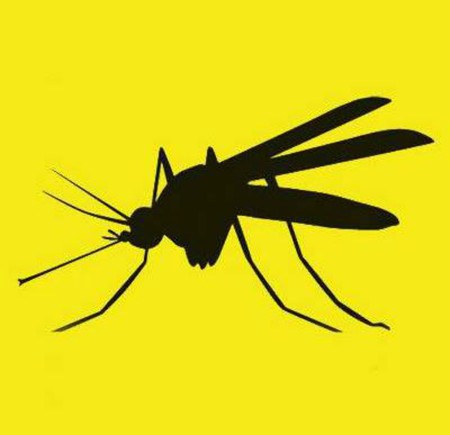 ArtParasites is a digital contemporary art platform that has the highest outreach in the world, with growing audiences in countries around the globe. Founded only five years ago in Berlin, we were intrigued about what has made it so universally relatable and pervasive. We were fortunate enough to have the chance to pick the brain of ArtParasites’ founder, Marcus Johst, in order to find out.

ArtParasites functions as a compilation of personal accounts written by a worldwide network of contributors, reflecting on personal experiences, emotions, and identity. With the help of the editorial director, Johst curates the submissions and pairs them with relevant artworks that conjure similar emotions. In fact, the site itself is organized around emotions, with categories like ‘pain’, ‘wanderlust’, and ‘love’ functioning as categories in place of more typical ones like ‘travel,’ ‘sports,’ or ‘film,’ as one might find on other platforms. Thus, ArtParasites lends itself to the need to reconnect and ‘go back where the art comes from,’ Johst explains.

through the #wounds you left, my poetry #bleeds to #life. – Sayan Sen To get featured in this section, send 10 word stories to info@artparasites.com with the subject #ArtMedicine #artparasitesofficial #poetry #art

Forming the Concept behind ArtParasites

When prompted about how this innovative idea was conceived, Johst recalls that he was interested in art from a young age, a passion that was fed when he was traveling around Europe at 16 to see the biggest museums on the continent. When he’d go to these museums, he would ‘try to understand by reading the [factual] information, but it never helped.’ Fast forward a few years as Johst learned more about art and immersed himself in collecting it, he wanted to help people to relate to art more genuinely by inviting people to move away from the need to rationalize what they see instead of relating to it more viscerally.

Therefore, through ArtParasites, Johst wants to reconnect people with the point of art, instead of trying to explain it through the intellect. He believes, ‘Art comes from a desperate need to come along with life,’ and this is ultimately why artists create. Thus, combining their artworks with prose about emotion and personal experience helps to connect viewers with the artist as well. It certainly makes contemporary art more accessible by viewing it through this creative lens, as it gives people an example of how to interpret it in meaningful ways without being didactic about it.

When you walk #alone, eat alone, take trains and planes alone, you learn to believe that the kindness of #strangers is sometimes more valuable than the insecurity of long lasting #relationships. – @cosmicaudrey Art : Mark Horst To get featured in this section, send in your pieces to info@artparasites.com with the subject #TheVoicesInOurHeads #artparasitesofficial #poetry #art

In the decades that followed Johst’s days of youthful exploration, he worked successfully as a journalist and eventually became interested in starting other enterprises. ArtParasites was one of them. The platform initially began, rather conventionally, as a contemporary gallery guide in Berlin for English-speaking tourists. He intended to expand the outreach so that someday the platform could do business with various other travel organizations, including hotels and airlines.

‘It didn’t work at all,’ he muses. ‘We had wonderful writers…writing stories everyday, art reviews, portraits of artists, but it made me almost bankrupt.’ In 2013, ‘We started to test different kinds of content on Facebook,’ and after a year and half of trying, it became apparent that ‘artwork and snippets [of text] that do not refer directly to the artwork’ is something that garnered the most interest from people, and this fascinated Johst.

Through trial and error, he found this unique way to relate art to people’s inner perspectives and emotions, and it’s been quite successful, drawing him back to his own experience with viewing art as a youth. He feels this new way of doing things has a lot of potential. ‘I am not happy at all, of course, because I have the feeling that there is something which could be really great and I haven’t found out yet.’

Johst is able to pinpoint some of the creative elements of the site that are working quite well. Categorizing the content on the site by emotions, for instance, has fundamentally shifted the way users approach the content presented on the platform. ‘I think this is one of the most innovative details I found out. I really tried to learn from that.’

When content is organized based on superficial topics as they are in the conventional newspaper, readers are likely to stick only to those things to which they relate. Johst suggests, ‘I need something that catches the majority of the people by offering something they know. If I offer sport to somebody who is only interested in politics I will lose [them], but if I offer something with pain or with love or with melancholy, everyone says, yes I know! I am interested!’

In the future, he hopes to extend the platform by creating artists’ portraits where the artists themselves identify their inner conflicts and describe the ways that making art helps to deal with them. Following the same logic as before, Johst explains, ‘The content that relates to millions of people, because everyone has inner conflicts [and] art heals…The psychological impact of a good artwork, people underestimate that.’

Musings on modern media and articulating the brand

‘In the last years we’ve found out a lot about art and the internet;’ Johst feels that the digital component of the platform is essential to its functioning, and that it changes everything he’s known about journalism. He wants to leave the business of buying and selling art through digital mediums to online galleries. Instead, Johst hopes to one day use what he’s learned from building ArtParasites to give advice to emerging artists about how they can promote themselves and reach wider audiences in ways that empower them.

As for the offbeat name, it came rather spontaneously. Johst tells us, ‘I didn’t want it to be something that reflected that snobbish attitude of the art market…I don’t want to be chic. The call is [that] we are trying to invade the art world like small insects, crawling under the doors into the gallery or into the studio and having a look.’ No doubt, Johst is doing things differently through ArtParasites by connecting people more intimately with the emotional essence of artistic expression. Through a digital format, the platform gives viewers the unique chance to act as flies on the wall within the realms of artistic production.