A Tour Of The Linh Thuu Pagode In Berlin 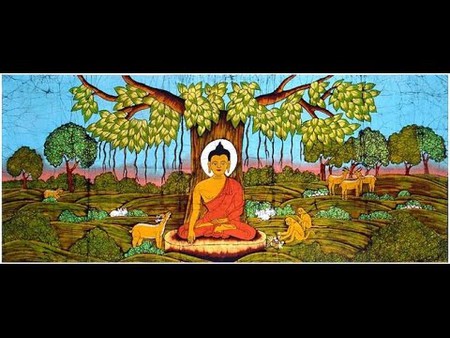 Known primarily for its historic citadel and the many concerts held here, most people have no idea about the cultural gems nestled in Spandau’s side streets. Tucked behind shops and a department store, Linh Thuu Pagode is a totally underrated spot in Berlin not only for its beauty but also for its social significance.

Decades after they immigrated to Berlin, Vietnamese refugees financed the creation of this stunning Buddhist shrine and worship space. It holds great importance for this group today, but things are certainly not all sunshine and roses.

Just as Berlin was divided across east and west during the Cold War, the Vietnamese were divided by north and south, which is the primary reason why members of both sides wound up in Berlin during this era. The Vietnamese from the south that opposed the dissemination of communism in their homeland fled to west Berlin for asylum, hence why they are sometimes referred to as boat people. Meanwhile, many Vietnamese people from the communist northern region moved to east Berlin as guest workers.

Even more than 25 years after the fall of the Wall, a rift still exists between these two groups as the southern Vietnamese bear the trauma of political persecution. The north Vietnamese, on the other hand, are accustomed to viewing the anti-communist southerners as traitors and are wary to mingle with them for fear that their families residing in Vietnam might face the repercussions.

In recent times, however, it was decided that the south Vietnamese flag would be removed from the pagoda, and the Linh Thuu Pagode has begun to unify the Vietnamese of Berlin beyond religious ties by serving as a mutual gathering space for socializing and community building. Even if this relationship is tenuous, it has established potential for a strengthened bond beyond political leanings or region of origin — an inspiring scenario we can all learn from.

While Linh Thuu Pagode is primarily a worship space for Berlin’s Vietnamese Buddhist community, it is also open to the public. Being that it is utterly beautiful and rich in cultural heritage, it is entirely worth the visit.

The pagoda itself undoubtedly fosters feelings of peacefulness and humility with its exquisite décor. The pagoda is designed in traditional south Asian Buddhist architecture and surrounded by a meticulously maintained oriental style garden. Carved stone dragons designed in accordance with Buddhist mythology are situated on either side of the stairway leading into the pagoda’s interior.

Once the site of the largest jade statue in the world, the sumptuous interior now features three golden Buddha statues, each about one meter in height. Offerings of colorful fruits are positioned on platters in front of these statues. Flowers, banners, and rich tones of red create a striking visual experience. The smell of incense fills the air, and there is a quiet shuffle of slippers on heated marble while as many as 100 worshippers kneel in rows side by side.

For more information about visiting the Pagode or attending a religious service, click here. Just remember, no shoes are allowed inside the Pagoda.