A Month-By-Month Guide on Where to Go in Berlin 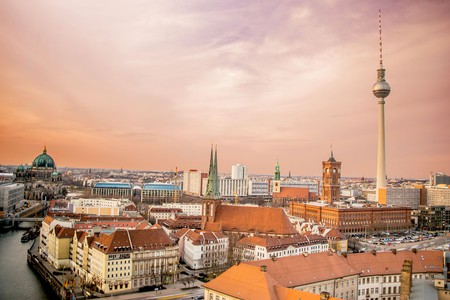 Berlin has a wintery feel for almost half the year, but when summer arrives, no place on earth celebrates quite like it as the city and its people seem to shift in accordance with the season. Here’s a breakdown of what you can expect – from annual festivals and weather-appropriate activities – throughout the months of the year in Berlin.

Welcome to the deep abyss of Berlin’s winter. The Spree River is frozen at this point, the trees are dead and the days seem to last for just a couple of hours. Berliners still try to make the most of it though, so follow suit and grab a pair of ice skates to go sliding down the Spree. This is also when people get really familiar with the inside of techno clubs in Berlin. Still feeling drab? Berlin Fashion Week brightens up mid-January with a winter wardrobe showcase. 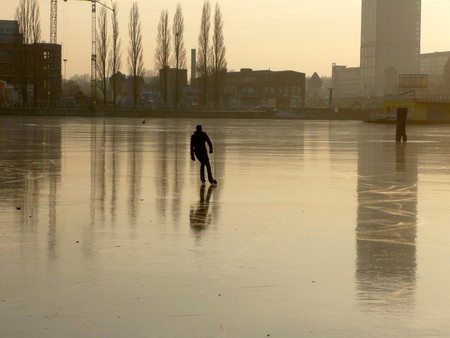 Yes, it’s still cold and wet and grey – the best thing you can hope for in winter is snow and a sunny day to break the monotony. Nothing is predictable, except for Berlin’s biggest international event, the Berlinale film festival. In February, the city’s grey landscape is graced with glittering celebrities, while its cinemas welcome the best in new, international and groundbreaking cinema to their screens. There is also a host of fun parties and events to help fight off the winter blues.

After roughly five months in the pits of winter, people in the city have either moved away a long time ago, or are reaching either a point of hope – that autumn will soon return – or of total despair from the sun’s long absence. Luckily the Irish tradition of St. Patrick’s Day is a good excuse to get merry again by celebrating another country’s holiday in Berlin’s Irish pubs. The Berliner Festspiele also keep a promising calendar of inspiring events, like the experimental music festival of MaerzMusik this March. 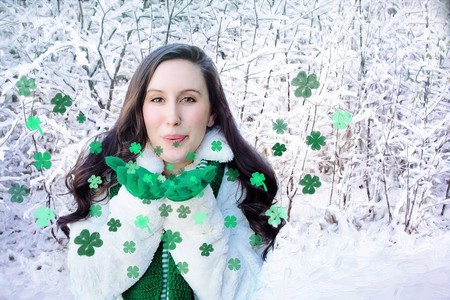 With a bit of luck, the sun will come out soon for St.Patrick’s Day | © jill111/ Pixabay

April is the season of four seasons. When a blistering hot day is followed by a winter regression, following by a windy chill, you know April-Wetter (April weather) has hit – both the elements and the temperatures are confused by the darkness of winter, with each trying to find the light. Officially though, it’s spring, and people are crying with happiness and bewilderment nonetheless. It’s a time that’s also marked by the beautiful cherry blossom trees that add colour and hope to the city once again, and various festivals are celebrated in their honour. 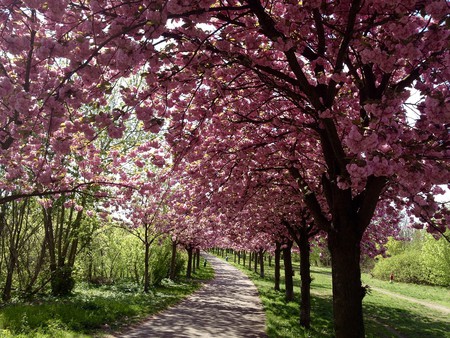 May equals the May Day riots. The first of the month is traditionally the workers’ day when the everyman can take to the street to express his discontentment about important socio-political issues. In Berlin, it is famous for wild drinking and public disobedience, open-air parties and the sea of rubbish left behind in its aftermath. Keep wearing that jacket though, as temperatures are still hovering below the 20°C mark.

The parameters of spring can be quite unclear, but in June you know you can trust in the promise of summer, and there is generally an influx of people and tourists who have come to experience the famous Berlin Sommer. The next three months play out as an almost relentless street carnival, and with so much to do, see, eat and feel, it’s really about choosing your own adventure. Highlights include Karneval der Kulturen, a celebration of multicultural Berlin (one in seven Berliners is a foreigner) and the start of the epic Citadel Music Festival. 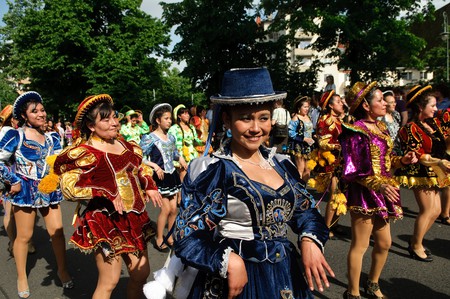 July is all about the magic of sunshine and summer rains – this is the period of the year that Berliners get their vitamin D content, so take to the outdoors, enjoy the beautiful green spaces of Treptower, Templehof and Viktoria Park where the days are long and the beer is flowing or the Spree River, dotted with rowboats and canoes carrying happy, shiny people. It’s also a very colourful month, with the Christopher Street Day Festival and Berlin’s gay pride bash both initiating a circus of fun on the streets.

August is still prime weather. A lot of locals have either left to go on summer holiday, or left because they couldn’t stand the drunk tourists any longer. August is all about music festivals, open-air parties, long nights, early sunrises and trips to one of the many lakes in and around the city. Techno heads can also look forward to the industrial sounds presented by Berlin Atonal, while culture connoisseurs can enjoy the extended opening hours of Berlin’s finest institutions with the Long Night of Museums. Beer lovers can also celebrate Berlin’s International Beer Festival, where over 2,000 different beer varieties from all over the world are on offer. 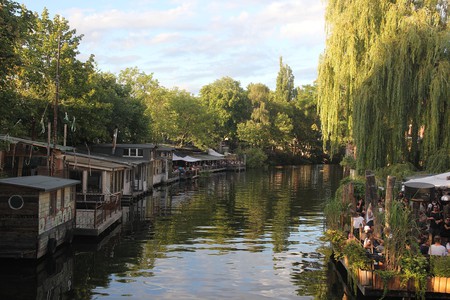 It’s getting a little cooler, and while the faint chill of autumn is creeping in, officially only starting on 22nd of September, Berlin doesn’t follow the rules. Either way, it’s a good time to upgrade your wardrobe at Berlin’s plethora of second-hand and thrift stores, making sure you’re ready with snug pullovers, lots of layers and cool trench coats to shelter from the autumn wind and dropping temperatures. In late September, Berlin’s Oktoberfest promises to get you tipsy, while art fans have the Berlin Art Week to look forward too.

Berlin’s autumn colours are nothing short of spectacular. The city turns beautiful shades of red, orange and yellow and it’s a great time to enjoy the city’s leafy parks – Tiergarten, with its abundance of trees, is a real feast for the eyes, and the view from the Victory Column over the park is recommended. The nights are getting longer, which also ushers in the magical Festival of Lights where Berlin’s iconic landmarks become illuminated in wildly creative and beautiful ways. 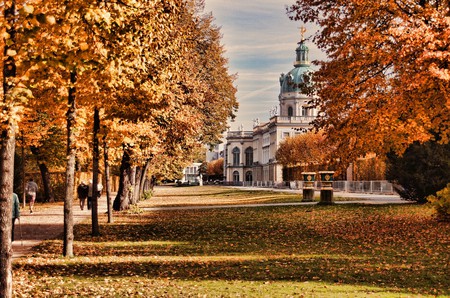 Berlin is a vision in autumn | © schaersystem/Pixabay

It’s getting cooler, the days are getting shorter and the autumn wonderland is turning from brilliant, soft colours into grey, sleety sludge. Spring, summer and even autumn didn’t last very long, but hey, it was worth it, wasn’t it? Now it’s time to move the party indoors again. You have to be strategic, find a favourite café to live in during the days and a favourite bar to keep you warm at night. It’s also the time to fall in love with movies again, and Berlin has got some fantastic arthouse cinemas to go to. November has fantastic Interfilm short film festival on offer, as well as the groovy Berlin Jazzfest that will make you forget summer just ended.

Cold, rainy, wet and grey, you’re reaching the mid-point of Berlin’s harsh winter now. Make sure you have a cuddle buddy or a personal project to work on during the days, and at night head to a neighbourhood bar to drown your winter sorrows in the company of others. If the sun happens to come out and it snows, the streets can look magical. There are also a host of Christmas markets that pop up all over town, including the popular one on Alexanderplatz. Cheer comes in the form of Glühwein, roast chestnuts and yummy gingerbread treats. New Year’s Eve in Berlin also sees one of Europe’s biggest street parties going down near Brandenburg Gate, where around one million people celebrate the coming of the new year. 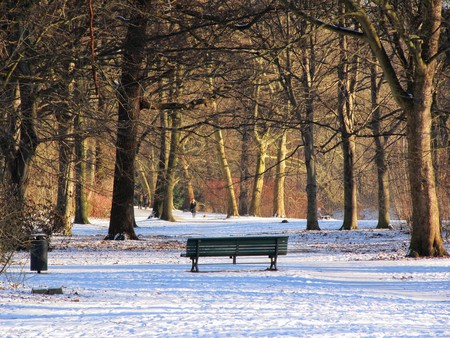