A History Of Teufelsberg In 1 Minute 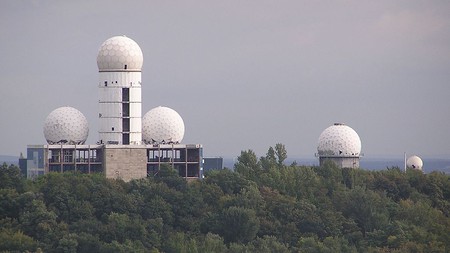 Teufelsberg, or ‘Devil’s Mountain,’ is a man-made hill rising 120m over Berlin’s Grunewald district. The hill was constructed from 75,000,000 m3 of the city’s debris during the Second World War, and for several decades it was a symbol of the struggles at the heart of the divided Germany.

Following the Communist putsch in 1948 in the Berlin parliament that led to the division between East and West Berlin, communication between the German Democratic Republic (the DDR, or more commonly simply East Germany) and West Germany and Brandenburg collapsed entirely. Teufelsberg, a man-made rubble mountain with a listening station perched atop it, would become an apt symbol for Germany’s troubles.

In 1950, the West Berlin Senate decided to begin construction of a new rubble outpost for the city, which was still recovering from the wreckage of World War Two. Trucks began arriving at the site daily with rubble piled on their beds. As the material crisis began to resolve, an average of 600 trucks deposited 6,800 m3 of material daily at the site. 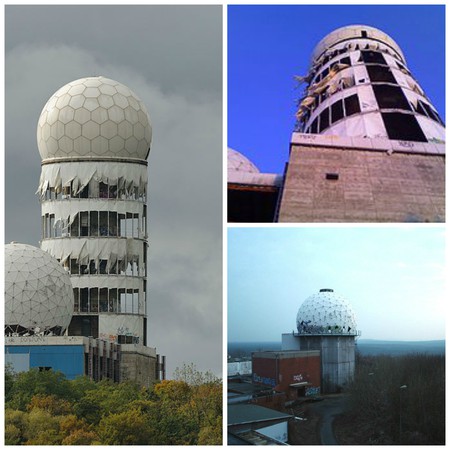 The listening station at Teufelsberg. All images via Wikicommons

While the hill itself has its own complex history, what most Berliners think of as Teufelsberg is not really the geographical anomaly, but the NSA listening station there. The NSA built one of its largest listening stations on top of Teufelsberg. Although never confirmed, it is thought to be one of the listening stations that made up the ECHELON network when it began its operations in 1961 as the Cold War tightened its grip on the world. ECHELON, in true James Bond style, was a program between the US, UK, Australia, New Zealand and Canada — the so-called Five Eyes program. Operations at the listening station continued until the fall of the Berlin Wall in 1989.

In line with the frantic mindset that characterized the Cold War, the listening station was beset by rumors and conspiracy theories. One particularly interesting rumor surrounded a Ferris wheel from the annual German-American citizens party nearby. Supposedly, the Ferris wheel improved radio signals and improved the station’s ability to spy on East Germany, and as such the wheel remained in place long after the festival was over. The rumor was that the US had used this as a guise so that they could excavate a shaft down into the ruins below the wheel, although this was never proved. The site beneath the Ferris wheel was meant to house a kind of escape route or a submarine base. If this sounds far-fetched, it should. However it nicely typifies the paranoid mindset in Berlin at the time.

Today, Teufelsberg is a kind of daredevil tourist attraction. Officially off limits, other than in a few circumstances, the imposing radomes from the listening station loom over Grunewald and tempt outsiders. To climb Teufelsberg, visitors have to pluck their way through the forest (and dodge the native population of wild boars while they’re at it) before hopping a fence or two to get into the complex. For the brave, there’s the astonishing architecture of this secretive part of Berlin’s history and incredible panoramic views of the city as a reward.