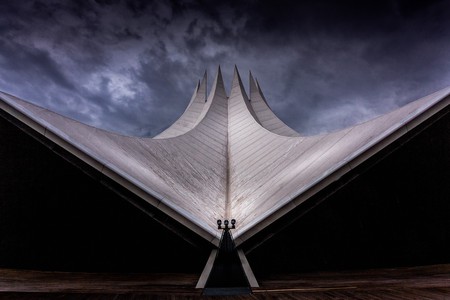 Everyones knows about the Fernsehturm (TV Tower), the Berliner Dom, and the grand architecture that makes up Museum Island, and it’s easy to live for years in Berlin without ever knowing about some of the hidden treasures the city holds. The city is littered with monuments and tributes of the city’s turbulent past and forward thinking-future; here are some of the lesser known gems you might want to explore.

Ditch the more gentrified streets in Kreuzberg, and step into a gorgeous garden courtyard tucked away in a historic block near Yorckstrasse. Riehmer’s Hofgarten was built in 1892, and designed by the architect Wilhelm Riehmer as a series of luxury apartments set around spacious garden courtyards. The block is admired for its elegant proportions and detailed façades, as well as its beautiful entrance that opens into the hidden architectural treasure. 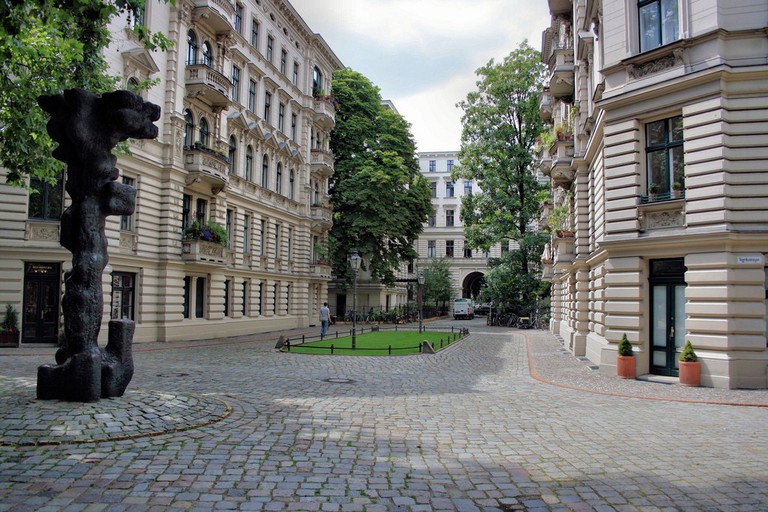 Before getting totally absorbed in the usual graffiti-covered buildings that have come to represent the aesthetic of Berlin, try appreciating the Künstlerhaus St. Lukas. The construction of the residence started in 1889 for a community of Berlin’s artists, just like the same suggests. Its exterior is embellished with quirky and eclectic details fit for an artist’s sanctuary, including a stone animal skull and a bust of Titian overlooking the entranceway. We hear the inner courtyard is something magical, complete with a fountain and lush foliage. Alas, this oasis is only reserved for residents, leaving admirers with the option of trying to peek through the gates. 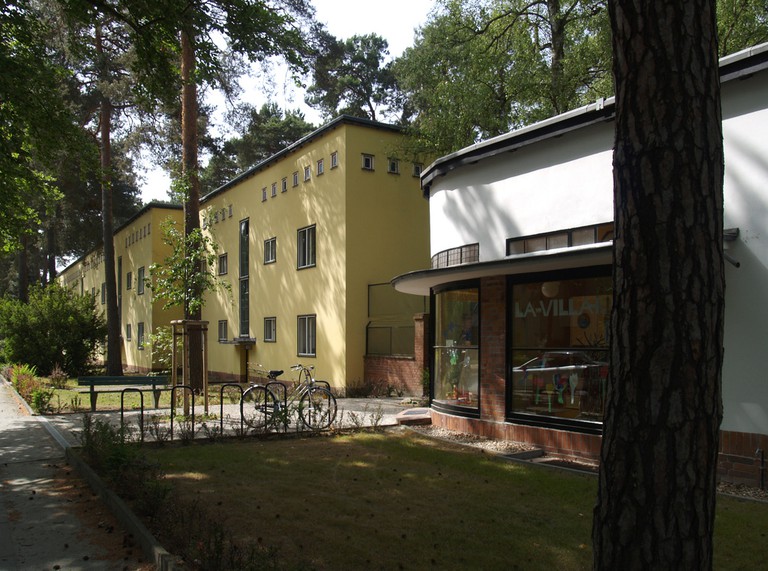 Some street-facing facades of Uncle Tom's forest hut estate | © seier+seier/Flickr
This unsung Bauhaus classic is largely overlooked despite it being one of Berlin’s finest modernist housing estates and one of the city’s best architectural highlights. The estate, the Waldsiedlung Onkel Toms Hütte (Uncle Tom’s Cabin forest estate), was designed by revered architect Bruno Taut and is located near the quirky U-Bahn station from where it takes its name. The structures that sit on the 12-hectare site were built between 1926 and 1932 and boasts a beautiful woodland setting. The jewel of the estate is definitely the Papageiensiedlung(parrot estate) situated in the northern section.
Open In Google Maps
4 Sewanstraße, Bezirk Steglitz-Zehlendorf Berlin, Berlin, 10319, Germany
Give us feedback 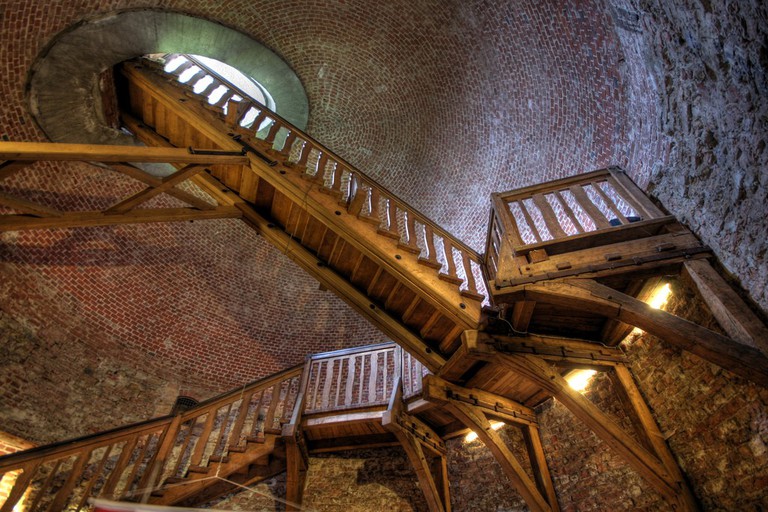 Stairs penetrating the roof of the tower | © Till Krech/Flickr
Skip the Berlin Zoo and prepare yourself for a more spooky animal adventure. For centuries, bat colonies have made their home in the underground passageways of Spandau’s Citadel fortress. The building itself is one of the best-preserved Renaissance military structures in Europe, and in summer a torchlight tour enables visitors to delve into the dark kingdom of these little flying creatures.
Open In Google Maps
64 Am Juliusturm, Bezirk Spandau Berlin, Berlin, 13599, Germany
+49303549440
Visit Website
Give us feedback 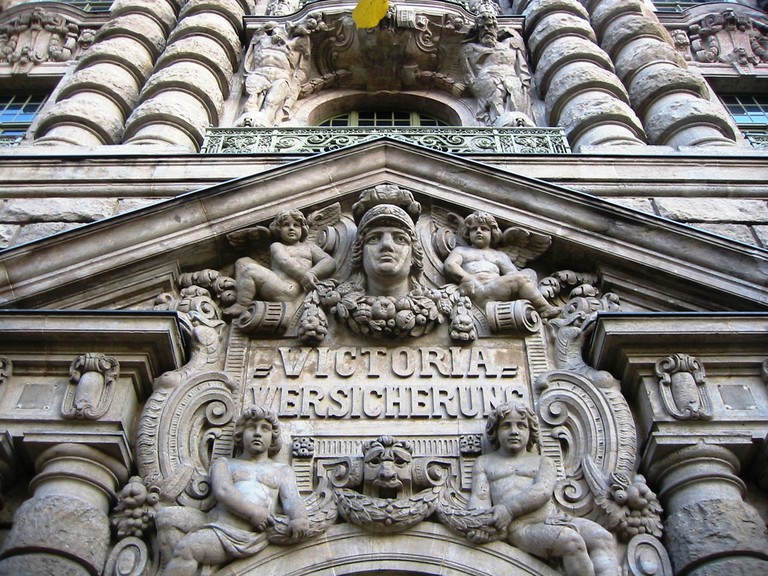 The entrance of the building of the former Victoria insurance company in Kreuzberg | © Assenmacher/Wikimedia Commons
Just a few minutes’ walk from the Jewish Museum, one of Berlin’s most visited attractions, hides a seemingly unassuming but stunning example of early 20th-century architecture. The ornate façade of the former insurance company Victoria Versicherung is something special, and the fact that it remains largely unnoticed in a popular area remains a mystery. The inner courtyard houses a calm green space within the extravagant historic façades, as well as the remains of a beautiful astronomical clock.
Open In Google Maps
Victoria Versicherung Berlin-Kreuzberg Lindenstraße, Bezirk Friedrichshain-Kreuzberg Berlin, Berlin, 10969, Germany
Give us feedback

The pseudo-swanky apartments of Marzahn-Hellersdorf

In the heart of Marzahn-Hellersdorf, a suburb not known for much expect for the endless, GDR-era concrete tower blocks characteristic of eastern Berlin, lies an impressive optical illusion. Amid the grey monotony, look out for an apartment block complete with wrought iron balconies, statue-flanked doorways and elegant stucco. On closer inspection, you’ll discover that it’s all just a façade, using a trompe-l’œil technique (realistic imagery) to create this impressive illusion of grandeur. The spectacular mural covering the block is 64 thousand square metres, making it the largest artwork in Europe. The project, completed in 2008, was an attempt by developers to prove that even Berlin’s most uninspiring housing could be transformed – with some carefully applied paint. 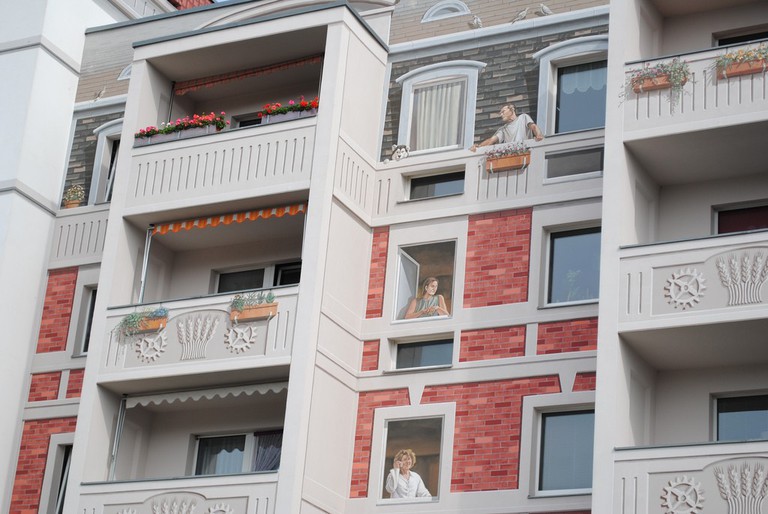