A Guide to Berlin’s Different Pretzels 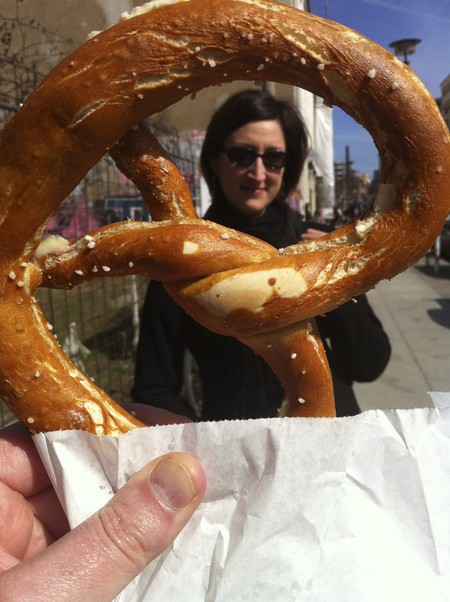 So, Paris has their croissants and Berlin has their pretzels—they’re sort of like food cousins in a way. Neighboring countries influence each other all the time, but Berlin’s pretzel is one destination for the food touring crew. Before you get here you should know in German they’re known as “brezel,” one can imagine how the name “pretzel” came about.

Pretzels were brought to North America by the Palatine Germans, so don’t be misled by all the NYC street vendors selling pretzels, it’s one of the many inventions brought over the Atlantic from their European ancestors. Bavaria boasts that they have the first rights to the brezel and therefore bake the best—but let’s not make this a competition, considering how Berlin has expanded the German brezel to unimaginable possibilities. 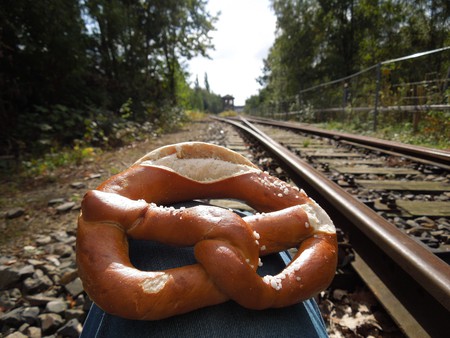 Hot pretzels as we know them

First off, there is the traditional pretzel that comes fluffy and salty in its knotted delight. You can find these pretzels in the bakery section of the supermarket, and if you get there in the morning they taste fresh and warm. All street food markets in Berlin have a pretzel stand. If you want to treat yourself to the real deal, then you’ll have to find yourself a specialty bakery in your local neighborhood (and there are plenty of them). Alpenstück Bäckerei in Mitte has been voted one of the best bakeries in all of Germany. Besides many tasty baked goods you can find in this lecker location, you can also find freshly baked pretzels, both knotted or in a roll form. 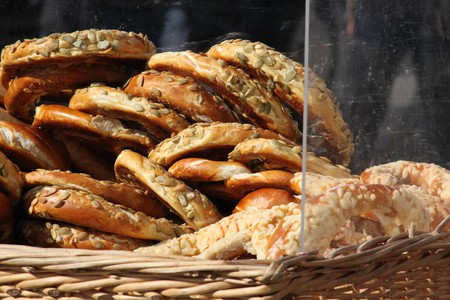 If you’re curious about the potential pretzel options, go to Neukölln’s Brezel Company Berlin. You can smell the bakery from blocks away. Here they don’t limit the pretzels to merely a salty option, but they offer sesame seed, poppy seed, pumpkin seed, and of course cheese. There is always a cheese option in a German bakery. That would be like going to France and not finding any butter, but enough with France for now. While you’re there, you can check out their Bavarian breakfast and brunch specials, but try not to count your carbs. 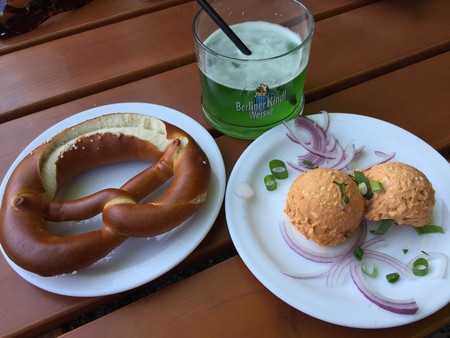 Then of course there is the pairing of the pretzel with another dish to get your complete carb—beer and a pretzel, for example, is very popular in Berlin. In cafés it’s perfectly normal to order coffee and a pretzel for breakfast or on a simple coffee break. Let’s not forget pairing the pretzel with a wurst, it is Berlin we’re talking about here after all. 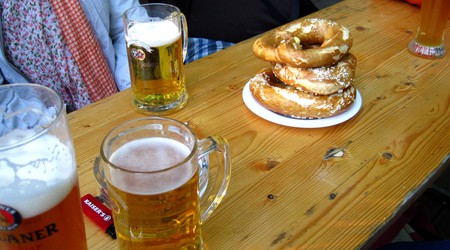 Did we mention France too many times? Well, here would be just too easy, so we’ll skip right over it, no matter how tempting it is. Zeit für Brot, which has already won several awards for its bakery best, have taken the brave step forward and invented the first pretzel croissant—you can’t really go wrong with that combo. There are many great bakeries in Berlin, and Zeit für Brot is certainly up there. 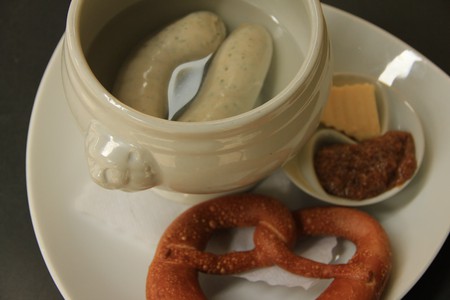