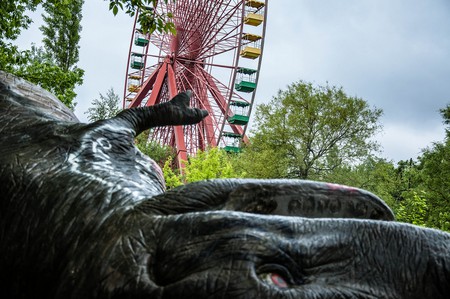 If you’re ever going to hurl yourself over the tall, spiked, and green fence of Berlin‘s Spreepark, also know that no matter how stealthy you might be, running and hiding between a broken brontosaurus and a dilapidated tent, security will eventually escort you out, laughing. Regardless of that, this defunct, decaying amusement park in Planterwäld is still one of Berlin’s most mysterious and alluring abandoned sites, and these photographs will show you why.

But first, let’s take a sneak peek at what the park use to look like as a thriving entertainment hotspot, before the dinosaurs died and the swan boats were anchored to the stagnant, mossy water. These snaps were taken back in 2001, the same year it was closed: 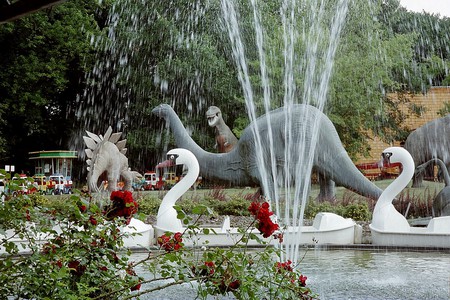 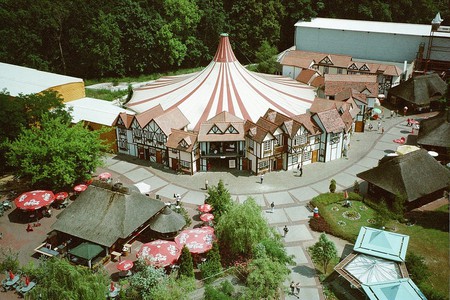 An aerial view of this former palace of fun | © Romantikgeist/Flickr

Now lets take a look at the park today – in constant change and decay, left to the devices of nature and graffiti kids. 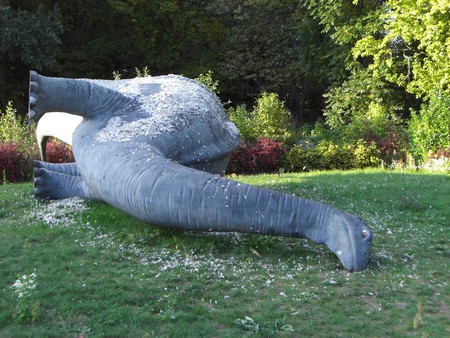 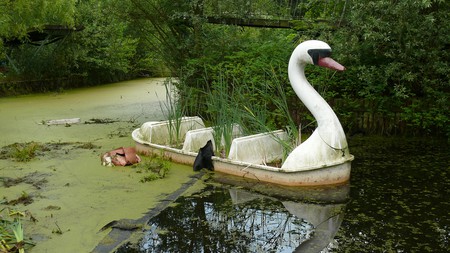 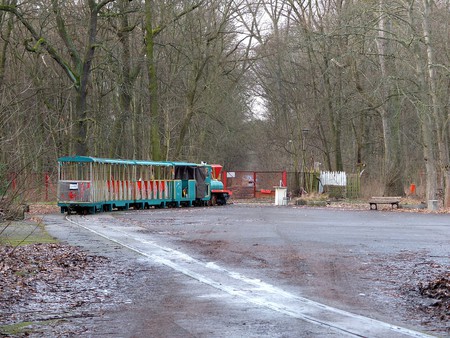 This train is going nowhere | © Pixabay 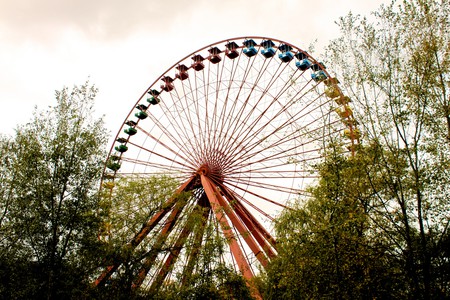 No more rides on this ferris wheel, although you can sometimes still see it turning among the debris – spooky! | © Der Robert/Flickr 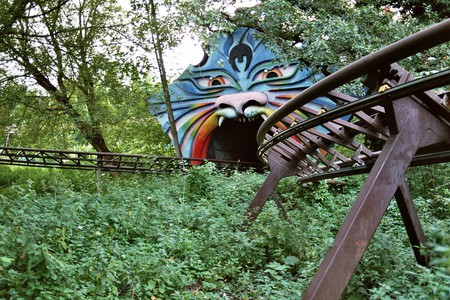