A Day In The Life Of A Berlin Performance Artist 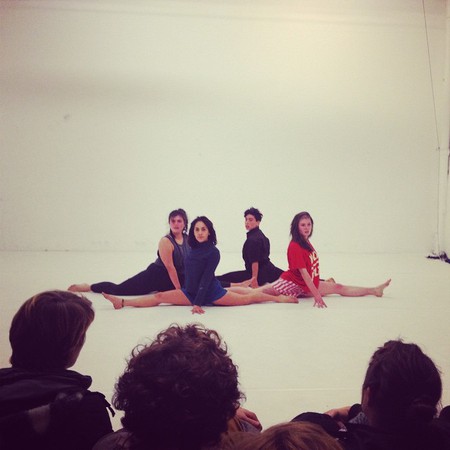 Performance art is a type of dance that is difficult to define; it can be scripted or unscripted, random or tightly orchestrated. Berlin has a buzzing scene of performance artists because of its low living costs, enabling creative freedom for its residents. Culture Trip spoke to Sura Hertzberg, an artist from Oregon, USA, who came to Berlin to perform and explore the city. She describes her work as “the trifecta between contemporary dance, performance art, and movement theater” and typically examines themes of sexuality and relationships. Her performances have been viewed in Portland, New York and Berlin.

What does a typical day look like for you?

A ‘typical day’ for me is such an anomaly. Usually, I wake up around 10am with my partner; then I like to do a bit of Kundalini yoga in my bed – some breathing, some movement stuff. I’ll finish my tea and then we will cook breakfast. Usually, I will have something in the middle of the day, starting around 1pm or 2pm. Sometimes this is studio time (which means going to the studio usually alone for about three hours and doing some sort of dance/movement warm up, then working on whatever it is that I’m creating/rehearsing for). Occasionally it’s meeting artists for coffee, and sometimes it’s writing applications for residencies or performances or funding. Sometimes it’s work of some sort (though I most often work in the evenings). I make money mostly by posing for artists and art classes, and other body work. In the evening, I will often go to a performance and then go out for a drink with friends in the neighborhood. 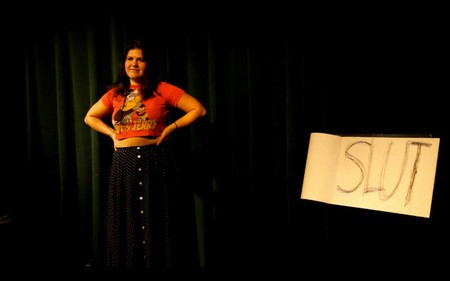 How did you get into performance art, and what is special about it to you?

I grew up dancing, every day, all types: jazz, tap, African, ballet, hip-hop. I wanted to be a ballerina when I was a kid. The college I went to (Sarah Lawrence) had a very strong contemporary dance program; I could dance and study psychology at the same time. You’ll see that if you mash together dance and psychology, you get some form of performance art – so I suppose we chose each other. The world of ‘performance’ has very free boundaries, but clear intentions, which I think is what draws me to it. The work I make uses a self-narrative motif to reflect on broader themes of sexuality and relationship. I often use my own sexual history as material – creating small vignettes, tastes of humor, implements of self and human psychoanalysis. As of recently, I’ve given myself the challenge to enter a process of making small art films about partnership and habituation. 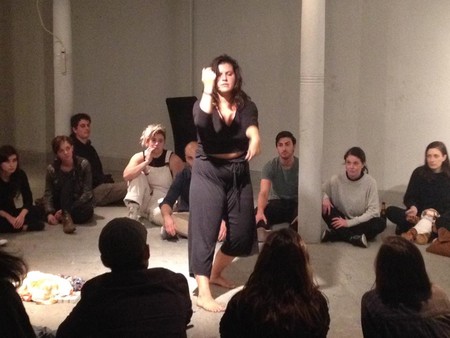 What are your favorite performance art projects/events in Berlin right now?

There is an event called 3AM at Flutgraben, which happens about every other month or every two months. It’s always a huge evening full of all kinds of artists from all over the map. You’ll see everyone there you know or want to know. I’ve just seen Melanie Jame Wolf’s show, ‘Mira Fuchs,’ at Sophiensaele. It’s a piece about the eight years she spent working as a stripper in Melbourne – really an amazing piece. Next week, I will go see Felix Merchant’s work at Dock 11. He’s a former teacher of mine and a great inspiration as an artist. The amazing thing about Berlin is that there’s something on pretty much every night. You’re always missing something and always (hopefully) seeing something you love. 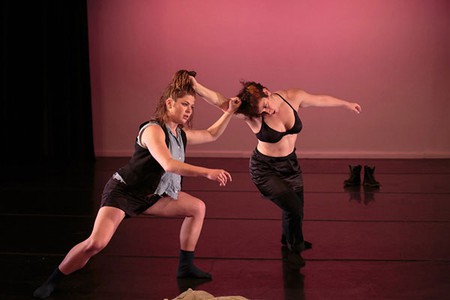 Why did you choose to come to Berlin, and what does this great city mean to you?

This city is a staple for artists around the world. Everyone passes through here, and many people have homes or are based here. The scene is vibrant, but also vagabond. It’s always shifting, which is inspirational and exciting, but also fleeting, hard to grasp hold of. I came here in 2014 partly to do two programs, Ponderosa’s PORCH, and SMASH. In these ‘schools’, I met and worked closely with artists I am inspired by continually to this day. I stayed to further develop my voice and to create and present performance art here in Berlin and in Europe. However, I can’t deny that another reason I came to Berlin was that I was running away from New York. After many years there, I was done with the uphill battle of making money and making art and balancing time. I desired a different energy, a different group of artists, a different hierarchy. Berlin feels fresher, younger in some ways, dirtier. There are free events nearly every night that might include some of your favorite artists in some new configuration. It is exciting and fun. And you are allowed to leave it – it will always welcome you back.

Follow Sura online and find out about her next performance.
vimeo.com/surahertzberg
surahertzberg.com