A Brief Introduction to Currywurst

The currywurst is a matter of national pride for Berliners. There’s even a museum in it’s honour. On every street, you can be sure to find a place where this cheap, humble dish is served. But what’s all the fuss over the grilled sausage? Read on to discover why this is Germany’s most beloved snack.

First things first, what exactly is a currywurst? The answer lies in the sauce and the combination of three key ingredients; ketchup, Worcestershire sauce and curry powder. This enduring combo dates back to 1949 when Herta Heuwer, the owner of a food kiosk in West Berlin, poured the ingredients she got from some British soldiers over grilled sausage. And so the currywurst was born. 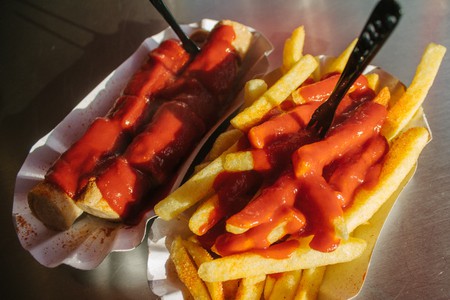 Herta went on to patent the sauce, called Chillup, in 1951 when she discovered that they were selling like sausage hotcakes – about 10,000 servings a week! So beloved is this take-away staple that there is even a plaque honouring Herta. True fans can find it tucked away on the corner of Kaiser-Friedrich-Strasse and Kantstrasse. 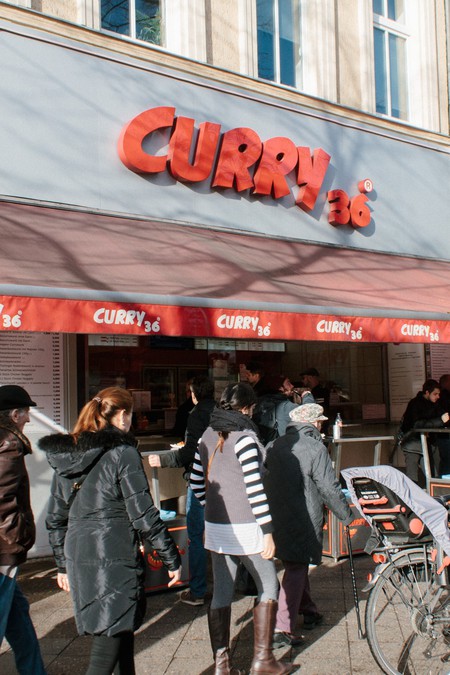 Today, the legendary classic stalls in the city include Curry 36 and Konnopke Imbiss, though there are literally hundreds of others to choose from, each with their own distinctive style and following. After tasting the real deal for yourself, you can really get into the nitty-gritty of this famous snack at the quirky Deutsches Currywurst Museum Berlin. The museum opened in 2009 to celebrate the 60th anniversary of its invention. 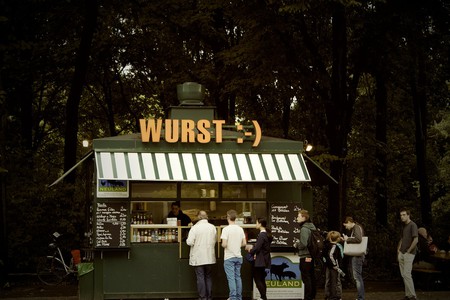 Just to drive home the importance of this milestone in German street food culture, Herta’s 100th birthday was celebrated with a Google Doodle on June 30, 2013. Another currywurst fun fact is that by tradition, every candidate for the mayor of Berlin is photographed at a currywurst stand.

The currywurst brings to mind the excellent German expression: ‘Alles hat ein Ende, nur die Wurst hat zwei,’ or, ‘Everything has an end, only the sausage has two.’