A Brief History Of The Brandenburg Gate 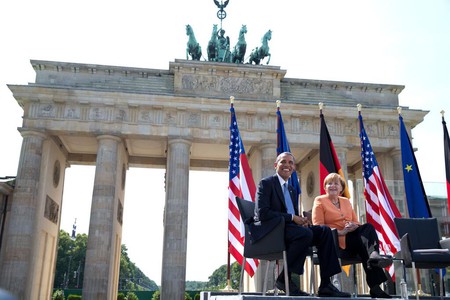 Located at the far end of the idyllic Pariser Platz, the Brandenburg Gate stands as one of Berlin’s most iconic landmarks, but few know of its true origins and historical significance. Throughout its existence, it has functioned as an important juncture between Berlin and the western portion of Germany. Here’s what you need to know about the Brandenburg Gate.

The Brandenburg Gate was originally built as one of 18 similar fortifications in the early 18th century under Prussian King and Berlin Elector Friedrich Wilhelm II. The structure was designed in accordance with neoclassical architectural styles on the site that marked the threshold between Berlin and the road to Brandenburg an der Havel. On the opposite side of the gate, the Prussian City Palace was situated. Fixed to the top is a gilded statue of the Greek goddess of peace, Eirene.

Despite this effigy, the gate has played host to multiple infamous military processions, starting with that of Napoleon after he took the city in 1806, followed by the Nazis during their harrowing reign leading up to the Second World War. 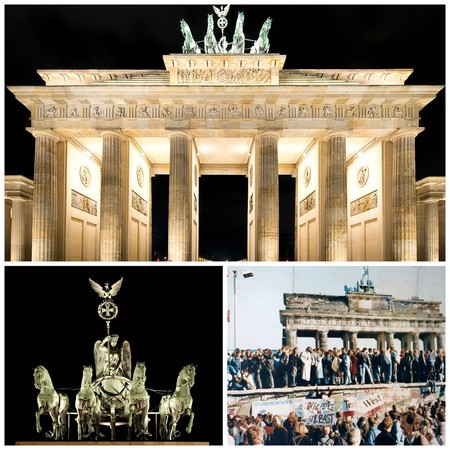 As with most of the city, the Brandenburg Gate incurred significant damage during World War II. Following its conclusion, the gate then sat in a barren wasteland between East and West Berlin during the Cold War, surrounded by the Berlin Wall and heavily guarded. This version of the gate served as an icon of the oppressive nature of the city’s physical and ideological schism, its images projected across television screens and newspapers worldwide. The gate was also made famous around the globe after U.S. President Ronald Reagan’s famous speech in 1987, during which he is noted for saying, ‘Mr. Gorbachev, tear down this wall!’

When the Wall was finally demolished in 1989, the Gate functioned once again as a symbol of unification between Berlin and surrounding regions of the country. In 2000 it was finally restored, and today it serves as one of the most prominent tourist attractions in the city, and many different festive events are held here throughout the year, including Silvester, Christopher Street Day, and the screening of football games.