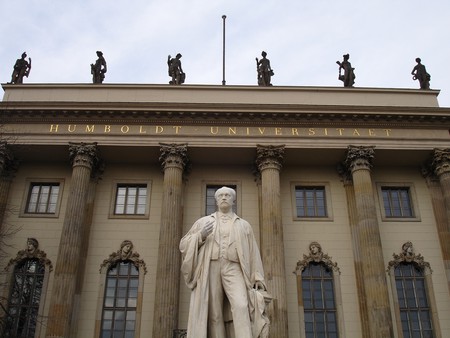 Founded by Prussian reformer Wilhelm von Humboldt in 1810, Humboldt University is one of Berlin’s oldest institutions of higher education. Considering that timespan, this place has certainly been through a lot. The many changes Humboldt University underwent throughout the years clearly reflect the impacts of Berlin’s tumultuous history as well as its resilience.

The first semester at Humboldt University, then called the University of Berlin, found only 256 students enrolled. The main fields of study at the time included law, medicine, theology, and philosophy. The school expanded its enrollment, however, with the construction of more modern research facilities and by incorporating several scientific disciplines into the areas of study available at the school. The latter largely came under the promotion of Wilhelm’s brother, Alexander von Humboldt, who was a prominent geographer at the time. With these new developments, many important researchers in the disciplines of the natural sciences flocked to the university, thus helping to put Humboldt on the map as a haven for intellectual excellence.

Humboldt University subsequently converted an old quarantine building into a medical campus, and accrued an impressive natural history collection that was quickly relocated to the Museum für Naturkunde because it got so big. During these years of expansion, Humboldt also absorbed smaller universities under its jurisdiction including the Agricultural University of Berlin (Landwirtschaftliche Hochschule Berlin) and the Veterinary Medicine Facility (Grundstock der Veterinärmedizinischen Fakultät).

The Humboldt University model of unifying teaching and research in the educational experience of both the scholar and the scientist influenced other educational institutions cropping up at the time, including the prestigious Johns Hopkins University. 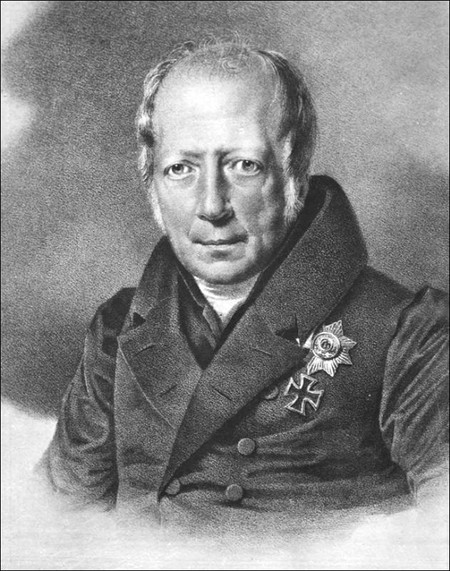 A university swept up in Berlin’s turbulent history

Starting in 1933, the era of the Third Reich had a big impact on university life. The Jewish faculty, employees, and students at the university were heavily targeted. Doctorates were revoked and 250 Jewish faculty and staff were fired. Those known to oppose the Nazi regime were also expelled, and many were even deported to camps. In total, one third of university employees lost their jobs under the Nazi regime.

Before the Third Reich, the Humboldt University Library was one of the best of its kind in all of Europe, but on May 10, 1933, over 20,000 books were confiscated and burned in Bebelplatz. Today, there is a monument here consisting of a glass window in the ground through which people can peer into an underground room with empty shelves for the 20,000 books. Next to the memorial is a quote by German poet, Heinrich Heine, which in English means, ‘This was but a prelude; where they burn books, they ultimately burn people.’ 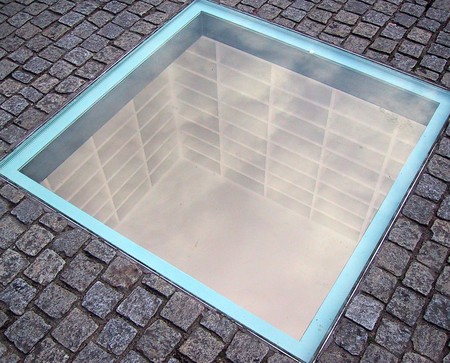 The university finally reopened under the Soviet Military Administration in 1946, but things didn’t exactly return to normal. The Soviets regarded the university as a completely new institution, to stress the political and social changes made under the Soviet educational model. This was their way of saying that intellectual dissent to the ways of antebellum Germany would not be tolerated. Despite the Soviets’ optimistic attempts at starting fresh, the reality of the university at the time was undeniably stark. Much of the school’s faculty was dead or missing, and instruction took place in the war-damaged buildings. 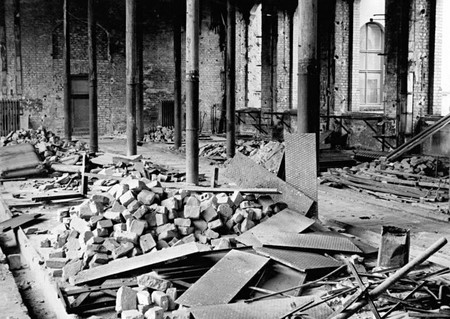 With the progression of the Cold War, the university ultimately split between East and West as the Soviets inflicted more Communist influence over its administration. Those that opposed the infiltration of such ideas at Humboldt were accused of espionage and insubordination. Many were abducted and others were mercilessly sentenced to 25 years of forced labor. The university remained under tight control within the East and students were admitted based on their loyalty to the Party before their intellectual achievements. In the West, the Free University of Berlin, which still remains Humboldt’s counterpart, was created in opposition to these forms of academic oppression.

After the fall of the Wall, the university was reunified and restructured. All professors had to reapply for their positions in order to weed out any communist sympathizers. Thus, many professors from the East were replaced with West Germans.

Humboldt in the 21st Century

Humboldt University is regarded as one of the most prestigious universities in Europe, and one of the top schools in the world for the arts and humanities. Since it first opened its doors, 29 Nobel Prize Winners have been educated here, as well as some of the world’s most important thinkers – Hegel, Schopenhauer, Planck, both Marx and Engels, W.E.B. Du Bois, and Einstein. In 2012, the university earned the German Universities Excellence Initiative, an award presented by the German government. The university now has three campuses, and almost 31,000 graduate and undergraduate students are currently enrolled.