A Brief History Of Berlin’s Führerbunker 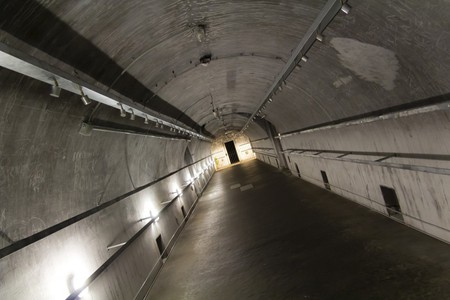 Within walking distance of Berlin‘s Brandenburg Gate lies a barren gravel carport that bears no indication of its past, save for a small sign on display chronicling facts about the spot. If visitors didn’t know any better, they could easily walk right by it spot a clue. However the The Führerbunker was Hitler’s personal bunker, the place where he spent the final hours of his life. 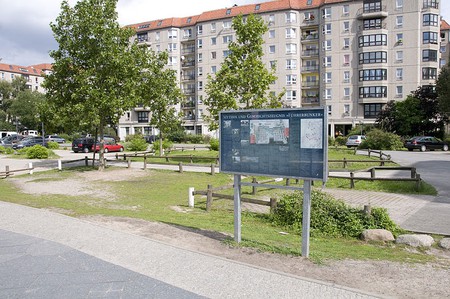 Of course, Hitler never thought he would be defeated, and the shelter was only meant to protect him and his closest associates in the event of an air raid. By the final year of the war, however, the bunker was outfitted as his permanent living quarters. It is located nine meters underground, and almost four meters worth of concrete separate it from the street above. He spent five months living in the bunker from January through the end of April 1945.

The bunker complex was comprised of multiple stories and situated beneath the Reich Chancellery garden. Hitler’s last public appearance was on his 56th birthday, April 20, during a ceremony meant to honor members of the Hitler Youth. That evening, the city was heavily bombed, yet another indication that it was the beginning of the end for the Nazi leader and the Third Reich.

On April 29, 1945, Hitler and his longtime girlfriend, Eva Braun, married inside the bunker. Just one day later, they both committed suicide together in the bunker. They took cyanide pills, and Hitler shot himself in the head. He felt he was a superior human, and this extra measure taken to ensure his death was a final display of the dictator’s arrogance. 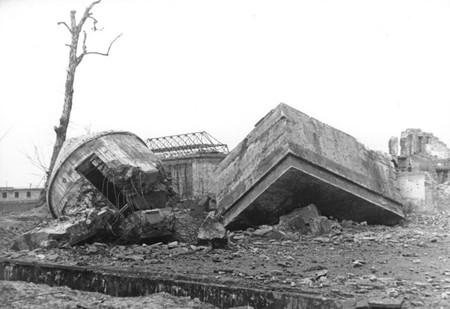 Hitler’s suicide was a premeditated act to avoid capture as defeat became undeniably eminent. The Soviets were rapidly tightening their grip around Berlin, and Mussolini’s humiliating execution struck fear in the former Führer. Despite the truth surrounding his death, Grand-Admiral Karl Donitz, the regional leader of northern Germany at the time, announced to the press that Hitler had died bravely in combat ‘at the head of his troops.’

Today, there is a contrast as striking as the lie surrounding Hitler’s death in 1945 between the mundane — even pitiful — appearance of the site of the bunker and the historical substance of what lies beneath it. For those who find themselves at this spot of eerie significance, it would seem totally unremarkable. This was always the idea: not to memorialize the final resting place of Adolf Hitler, one of the world’s most evil leaders in any notable way. The government didn’t want to call attention to the spot for fear it might become a place of significance for the world’s remaining Neo-Nazis.

After the Soviets took control of the city, they unsuccessfully attempted to seal it. Eventually, offices and apartment buildings were erected in bland Soviet-era architectural styles over the bunker site. The bunker ultimately remained barren and in decay until after the fall of the Wall. It is said that the bunker was finally destroyed at this time, but many believe that some portions of it still remain. 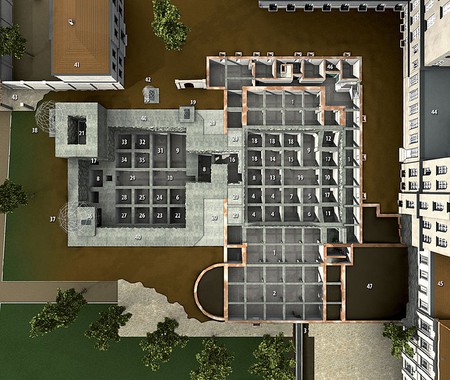 Until 2006, there was no indication whatsoever of the truth about the site’s past. Now, a relatively small panel resides in the carport between In den Ministergärten and Gertrud-Kolmar-Straße, offering facts and some details about the bunker’s configuration. In January 2015, plans were announced to partially rebuild the bunker as a museum for public access, but the proposal has yet to be executed. 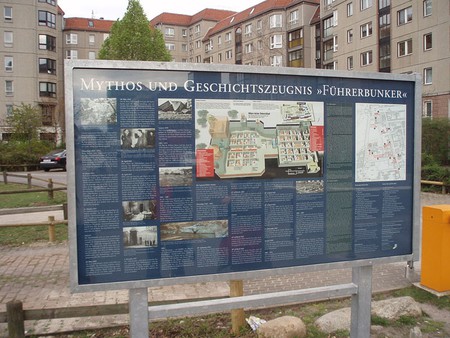