Now one of the most prominent institutions of higher education in Germany’s capital city, the nature of Berlin’s Free University is unique in more ways than one. As described in the university’s name itself, the school doesn’t charge tuition, but its meaning is actually manifold. Here is what you need to know about its formation. 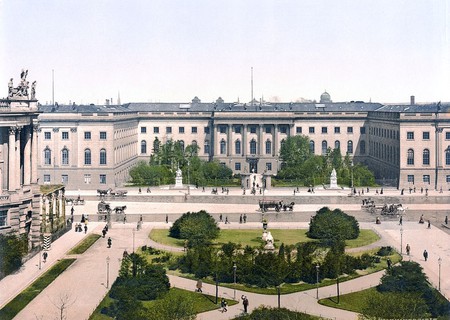 The Free University bears its origins in the Cold War era, as a direct response to the city’s division. More specifically, it arose in response to Humboldt University, known at the time as the University of Berlin, which became ideologically constricted in the East under the GDR. Much of the faculty was removed or even imprisoned for holding ideas that were in opposition to this oppressive regime. Several student protestors were also imprisoned and some even executed by the Soviets during the three years following the Second World War.

In the West, thousands of students demanded a place that was free of communist ideological influences on academia, education, and the general pursuit of knowledge. Thus, the original meaning of the word ‘free’ included in the naming of school comes from this motivation. The school was officially founded on December 4, 1948, with the decree of US Army Governor, Lucius D. Clay, followed by the granting for the city’s municipal authorities in the West. To maintain its purity, three representatives on the supervisory board were students.

This was not without resistance by students, faculty, and government administrators in the East, however. Until the fall of the Wall, the Free University was always regarded with skepticism. In fact, it was often referred to as the ‘so-called Free University.’ Thus, the Freie Universität functioned as an important catalyst for ensuring true liberty and transparency in a way that was heavily connected to Westernism. 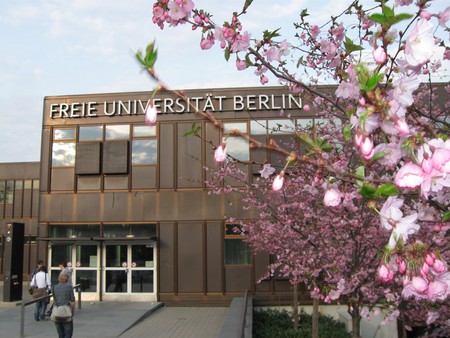 In the West, the school was instantly popular, and even individuals from the East were attending the university. By 1949, nearly 5,000 students in total were enrolled. Moreover, faculty from prestigious American universities, including Yale and Stanford, were in attendance. In 1963, President Kennedy was made an honorary citizen in an event held at the Free University during the same visit as his famous ‘Ich Bin Ein Berliner’ speech, further solidifying the Freie Universität’s strong connection with the ‘free western world,’ a term commonly used to describe non-communist nations at the time.

The school also played an important role as the site of student-led protests during the movement of ’68, which served to challenge the hypocrisy of increasingly authoritarian tactics used by Western governments at the time. These demonstrations largely arose after a student, Benno Ohnesorg, was killed by the police, and another attempt was made on Rudi Dutschke.

After reunification, university enrollment skyrocketed so much so that the Senate of Berlin called to downsize the school. In the early 2000s, it underwent many different changes and became more inclined towards research, where it made important headway in a multitude of different academic realms. As for the tuition, the school does not charge any fees in the conventional sense. Instead, like other public universities in Berlin, students pay a contribution each semester dedicated to initiatives like the student union and registration fees. Still, these costs remain below €300.

Today, the Free University plays an important role as a research university. It is also distinguished for its excellent programs in the humanities and the natural sciences. Spread across multiple campuses around the city, more than 34,000 students are currently enrolled. It is one of 11 members of the German Universities Excellence Initiative, a prestigious coalition for higher learning, largely thanks to its strong international, intellectual networks. 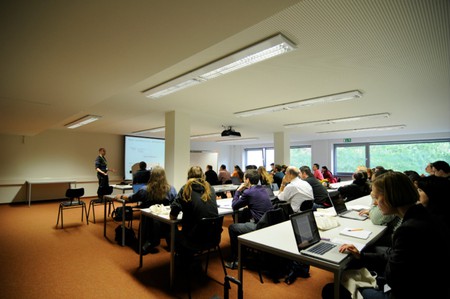