A historically fascinating area, with a diverse and tangled history in its role in Berlin, the Tempelhof area is more than just the abandoned airfield. Taking a look at the cultural sites of this corner of the city, from cemeteries to planetariums, here are the wonders of the Western district.
Tempelhofer Feld © Scoobay/Flickr

To get the blindingly obvious out of the way, a trip to the Tempelhofer Feld, the abandoned airport field, is definitely worth it. In use until 2008, it has since become a place for cycling, running, skating, kiting, and picnicking. The people of Berlin voted to ensure that it cannot be built on commercially in the foreseeable future, so the skate park, the urban garden and the barbecuing zones can all remain. As well as having a transcendent seaside effect walking through it, with the wind and uninterrupted stretch of park, it represents a wonderful side of Berlin; using abandoned spaces, people recognize what they appreciate about their city and are fighting to keep it in place. 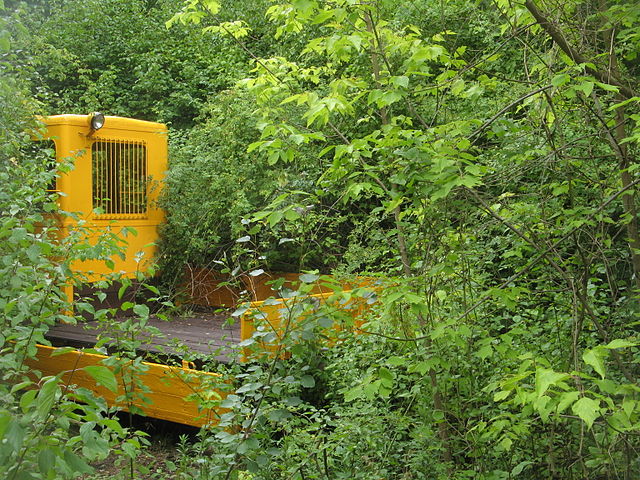 Park
Wilhelm-Foerster Observatory and Planetarium | © Lienhard Schulz/WikiCommons
Once an old rail yard, this park is now a place of nature conservation and culture. Scattered with abandoned railways, it is a wonderful display of the contrast between the technology of the industrial age and the natural surroundings. It is a quieter and more surreal place to escape the city feel than most of the parks in Berlin. Whilst there are many projects and restorations in progress during the year, from June to September, the park is also home to the performances of the Shakespeare Company in Berlin.
More Info
Open In Google Maps
47-49 Prellerweg, Bezirk Tempelhof-Schöneberg Berlin, Berlin, 12157, Germany
+4930700906710
Visit website

This Tempelhof treasure is host to a spectrum of events and performances. Featuring lectures and demonstrations, which incorporate classical and pop music, this center was built as a place of astronomical learning in 1947 and continues to be so. In their broad ways of engaging people with astronomy, the planetarium is a unique and magical place to spend some time, for children and adults alike. 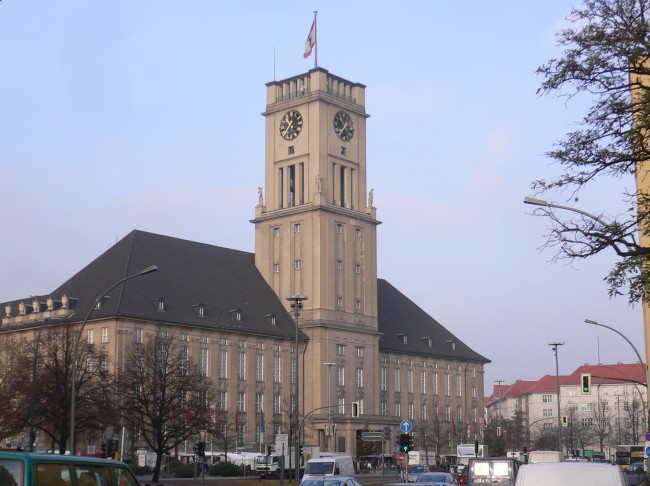 The notorious site at which Kennedy gave his famous ‘Ich bin ein Berliner’ speech, the Schöneberg Town Hall is a site of city significance. It was the seat of the West Berlin government from 1948 to 1990. In the 230-foot-tall tower hangs the ‘Liberty Bell’ replica, donated in 1950 — it is known as the Freedom Bell (Freiheitsglocke). Head over on Sundays when there is a flea market to add to the historical and architectural appreciation. An added bonus is that it is much quieter than those like Mauerpark and is a point for neighborhood locals rather than tourists. Visit Sundays 8am-4pm. 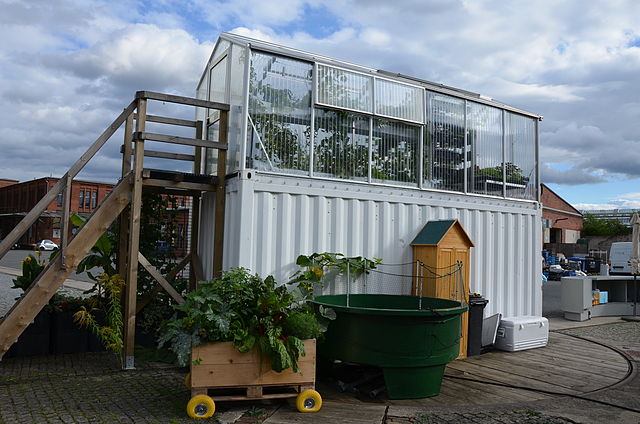 An old malt factory, it is now a place of a different sort of innovation. Focusing on environmental creativity, it prides itself on being a place of diversity in every respect. With an extraordinary program in terms of variety of events and projects they take on, Malzfabrik is a place of design and innovation and certainly worth checking out. Whether to take a sustainability workshop or merely for a food market browse, Malzfabrik offers a step in the right direction in celebrating sustainability, creativity and diversity. 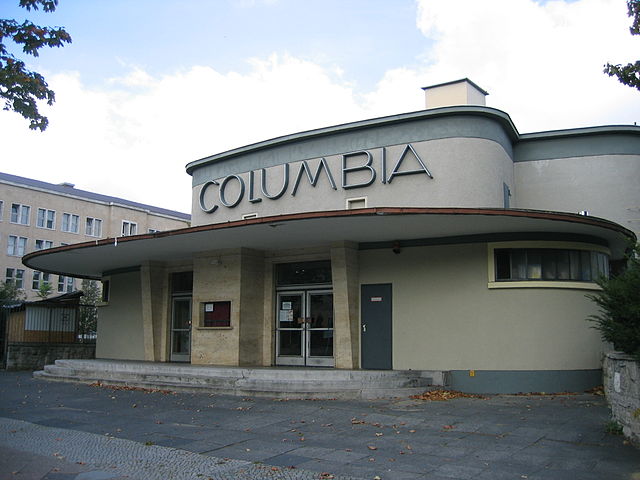 Just next door to the famous Columbia Halle, the Columbia Theater was built as a cinema for the U.S. Air Force in 1951. Whilst it has long been in use, it was renovated in October 2015 with new décor and a new program — a program of indie and avant-garde musicians. What used to be a 400-seat cinema, and known as the C-Club, Columbia Theater has now been reworked to be the place that the Tempelhof area was perhaps lacking – a diverse and vibrant venue, but with an ease and low-key atmosphere. 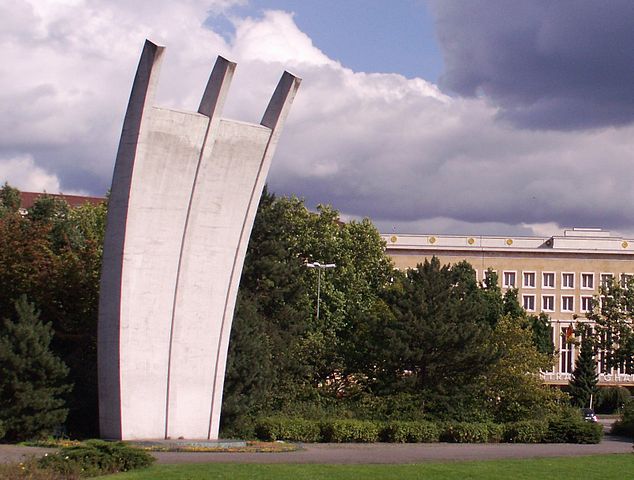 Between the Platz der Luftbrücke and the entrance to the Tempelhof building stands a slightly curious looking monument. Known as the ‘Hunger Rake,’ the memorial is a commemoration for the American and British pilots who lost their lives in the 13-month mission in which necessities were dropped by planes to those in West Berlin. At the peak of the mission, a plane a minute landed with supplies. As well as being a memorial to those who lost their lives, it is a poignant place to remember all those who helped deliver the necessities and the impressiveness of successfully getting those supplies to many. 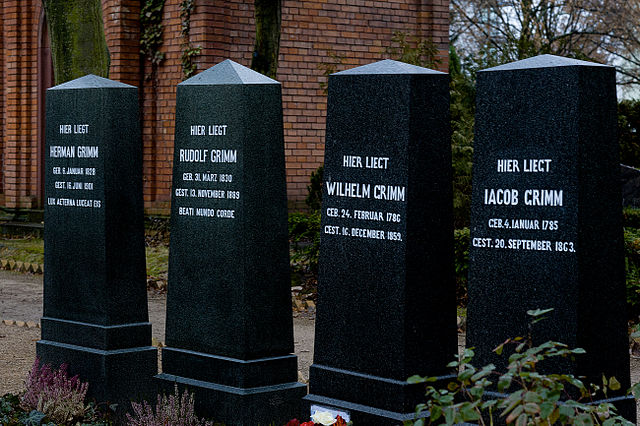 Cemetery
This cemetery, built in 1856, is known as the burial place of the Brothers Grimm, the ‘father of modern pathology’ Rudolf Virchow and Claus von Stauffenberg, the army officer who attempted to assassinate Hitler. Though his body was exhumed by the SS, his tombstone remains. The cemetery was once considered a prestigious place to be buried; therefore, there are beautiful, ornate memorials and mausoleums. There is also a chapel that showcases the history of the cemetery and ‘the tombs which reflect the economic and intellectual faces of Berlin in the 19th and early 20th centuries.’
More Info
Open In Google Maps
12-14 Großgörschenstraße, Bezirk Tempelhof-Schöneberg Berlin, Berlin, 10829, Germany
+49307811850
Visit website

Though closed during the winter, this is one place to keep in mind. This outdoor Sommerbad has everything to end all summer days. It features winding slides and a child-friendly zone, along with a ‘proper’ swimming pool with lanes and the like. Despite the discouraging queue, even when going early on summer days, it seems strangely calm inside, with shade and open grass. It’s a water fix a little closer than a lake excursion.