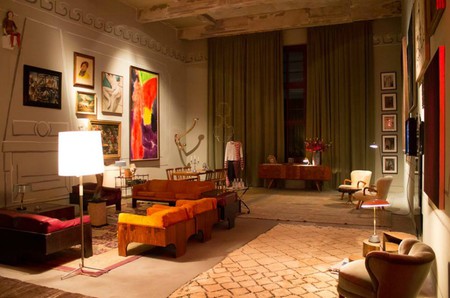 It’s no secret that Berlin is home to an outrageously creative and experimental art scene. What might surprise people, however, is that some of the city’s most important artistic institutions have found a home in unusual places that many don’t even realize. Here are the eight most bizarre art spaces in Berlin.

Known as one of Berlin’s most exclusive art galleries, the Sammlung Boros Collection certainly has an interesting backstory that captures the essence of the city. This massive, former bunker in Mitte has worn many hats since it was first built. Its walls are two meters thick and it was created with the capacity to protect up to 2,000 people at a time. Following WWII, the Soviets used it jointly as a prison and a storage area for tropical fruit. In the 90s, the bunker was host to raves that would make a party at Berghain look like as wholesome as dinner with your grandparents. Now, the Boros Bunker houses the impressive art collection of Karen and Christian Boros. Visits are only available by appointment.

Building, Theater
Facebook
Email
Twitter
Pinterest
Copy link
Share
Map View
Chaussee 36 is a multi-purpose gallery and platform for creative exchange located in Mitte. It is housed in a building from 1886 and it originally served as the home of a Prussian officer. While most of it is renovated, some places remain in a tarnished state to remind visitors of the depth of its past. This is fitting considering that the gallery’s medium of choice is photography under the philosophy that the dimension of past, present and future are connected in a multitude of fascinating ways. Enveloped in both historic and modern architecture, Chaussee 36 offers the perfect chance for visitors to explore these concepts in a tangible way.

Book Now
Berlin’s Hamburger Bahnhof is undoubtedly one of its most well known galleries in the city. As its name indicates, Hamburger Bahnhof used to be a railway station that opened in 1846. This neoclassical building is the only station that remains in the city from the era. Wide open and airy, the white interior still contains its warehouse-style ceiling, outfitted with dozens of expansive windows. Now a vast open gallery, the contemporary works showcased inside directly contrast its architectural style in a delightful way. It is one of the largest public exhibition spaces in the city.

Berlin’s innovative and experimental art scene wouldn’t be complete without its share of quirky venues. Situated at the South-Western edge of the district, Kinderhook & Caracas fills this role in Kreuzberg. This petite gallery is painted in primary colours and decorated with an array of tropical plants, a perfect physical manifestation of its name. Yet, the title actually refers to its owners’ hometowns. Come here for shows that are as eclectic as they are intriguing, covering a range of topics that interest its curators. A visit to Kinderhook & Caracas is worth it merely for a glimpse at this charming space.

Art Gallery
Facebook
Email
Twitter
Pinterest
Copy link
Share
Map View
EBENSPERGER in Wedding may just kill the competition when it comes to its unusual history as a venue. Before it became an art exhibition space, this vine-covered, 20th-century building served as a crematorium and mortuary chapel. Upon closer inspection, the stark chimney jutting out of the back gives this detail away. Inside, some of the original architecture remains in the vaulted ceiling and distinctive interior windows. Largely thanks to the gallery, this old crematorium complex is quickly becoming one of the city’s newest creative hotspots. 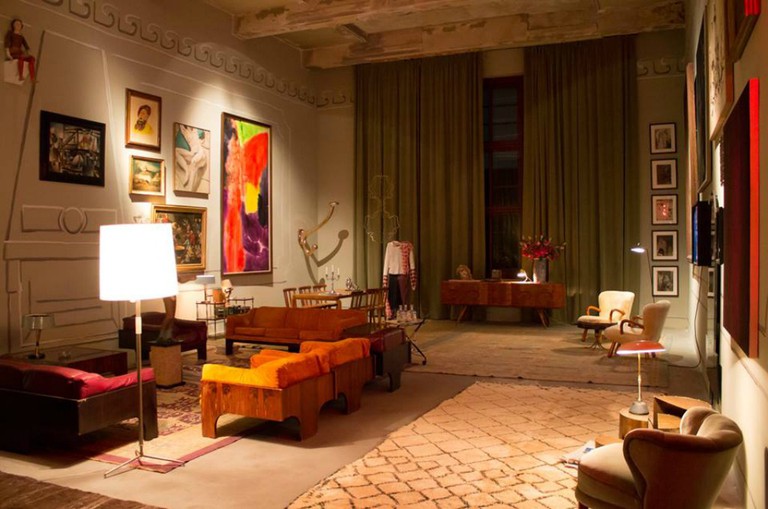 Michael Fuchs Gallery, Berlin | Michael Fuchs Galerie, Berlin
The famous Michael Fuchs Gallery in Mitte’s trendiest gallery district has an interesting past of its own. One of the only real hints remaining about the building’s history is its proximity to the city’s New Synagogue. Fuchs acquired this building, which was formerly a Jewish Girls’ School, in 2010. At the time it was run down and in a state of disrepair. Because Berlin’s Jewish community couldn’t afford to restore it, Fuchs acquired the space and in about two year’s converted it into a stunning restaurant and exhibition space, complete with a plaque of remembrance dedicated to the former students and the building’s architect, Alexander Beer. 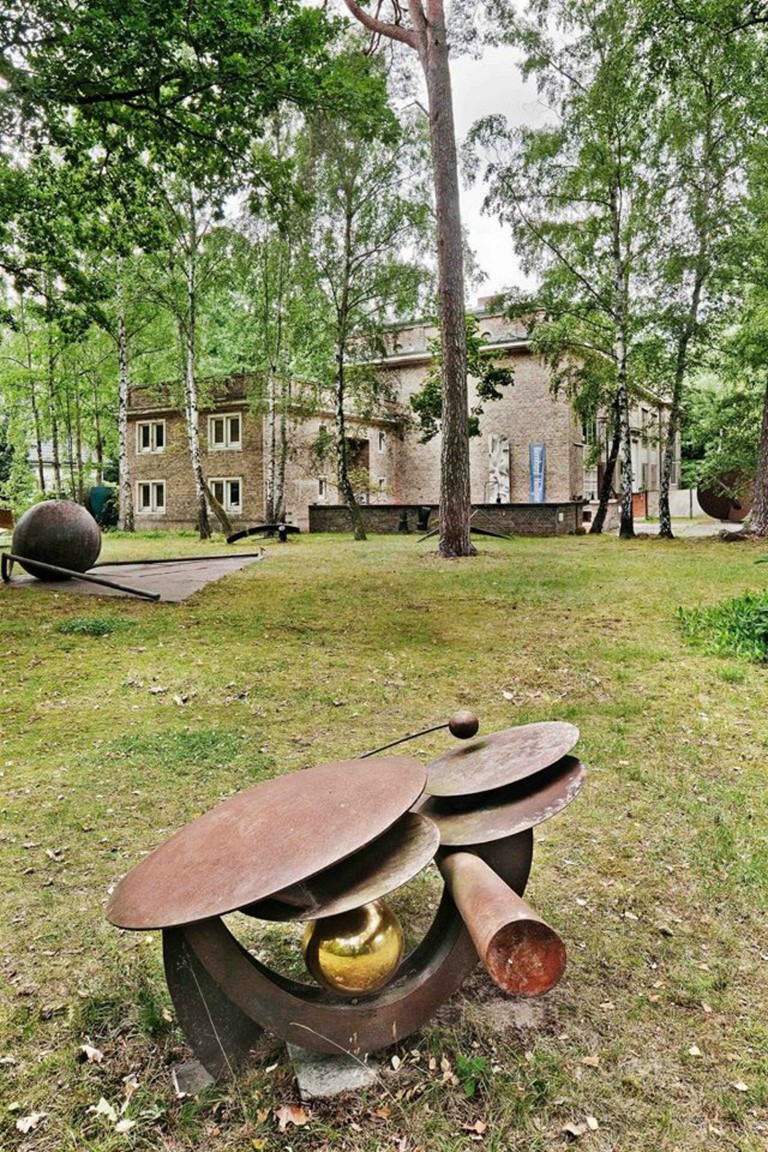 Kunsthaus Dahlem, Berlin | Courtesy of Kunsthaus Dahlem
Kunsthaus Dahlem was initially built as a studio for Hitler’s favorite artist, the sculptor, Arno Breker. The rectangular building is nine meters high and the once enormous studio has recently been divided into multiple exhibition spaces and other facilities as part of an initiative by the Berlin Senate. Kunsthaus Dahlem also has an outdoor area for showcasing sculptural works. The venue primarily displays pieces of artistic expression from the movement of past-war modernism. Find it near Grunewald Forest, a serene place with an intriguing history all its own.

The KW Institute for Contemporary Art is undoubtedly one of the most influential fixtures within Berlin’s gallery scene. First opened in the early 1990s, the KW Institute was established within a dilapidated space that was formerly a margarine factory in East Berlin. Now, this large estate serves as a major purveyor for both art and culture in Berlin and beyond. As the institute doesn’t have a collection of its own, it is able to be flexible and innovative in its exhibitions in the absence of an exclusive art association. Instead, it is meant to be a creative space for use by and on behalf of the people of the city.