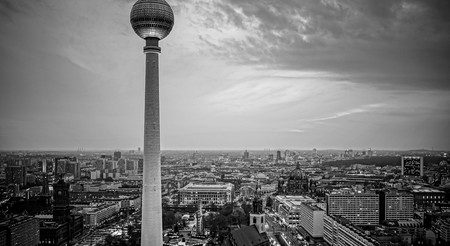 Berlin is a city that’s constantly evolving. Relics from its past blend in with built-up parts of the city, and hidden gems can be found in the most unlikely places. For travellers in the know, concealed sights and attractions are easy to find. Here is a taste of Berlin’s secret spots and sights. 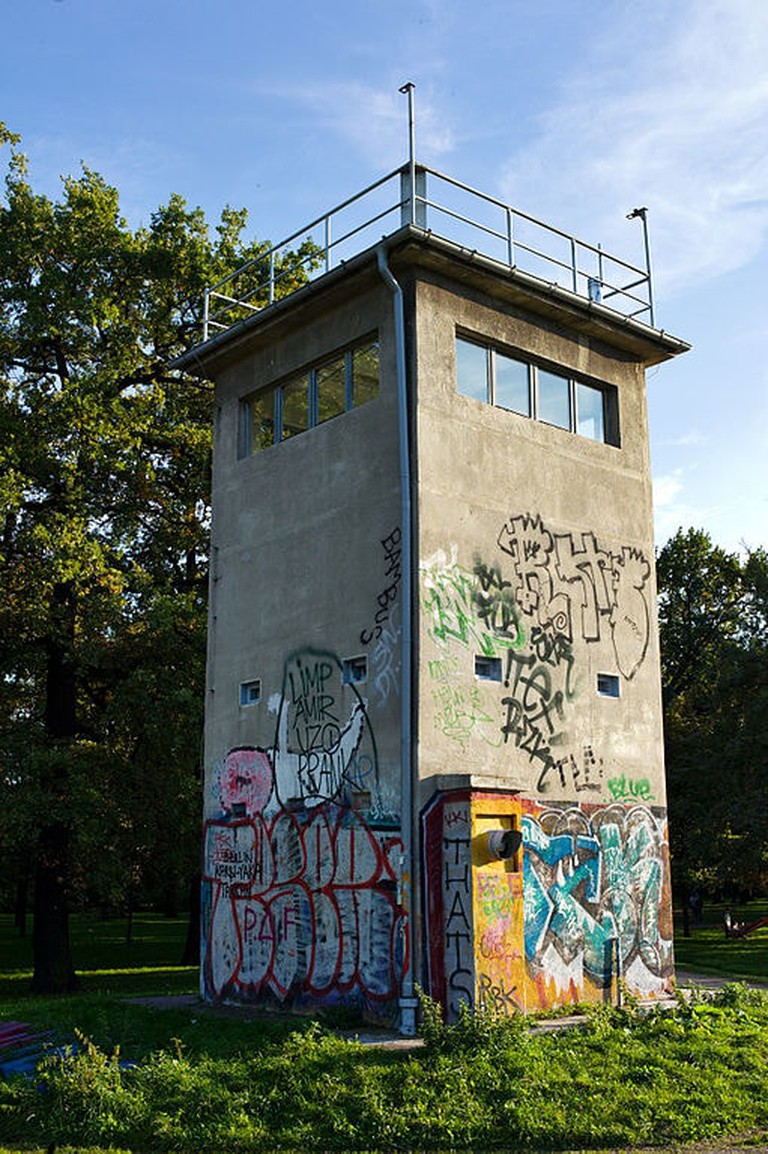 Schlesischer Busch | © Valerie Hasse
Schlesischer Busch is a post-war watchtower, located in Schlesischer Park. It’s easy to overlook, but it’s worth looking out for. The amazing relic still has the original searchlight and the rifle hatches on its roof. As is usual in Berlin, the tower has been marked with graffiti. After all, what kind of landmark would it be without a little paint?

The Buddhist temple in Spandau 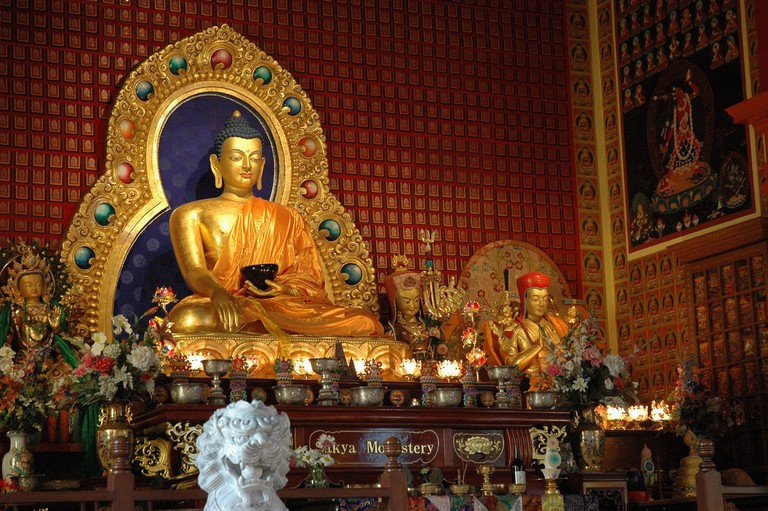 Buddhist statue | © Wonderlane / Flickr
At the very end of Berlin’s U7 line in Spandau, a neighbourhood known for its fortified citadel and old town charm sits a beautiful Buddhist temple. The Linh Thuu Pagode was built by Berlin’s Vietnamese Buddhist community and brings an authentic Eastern energy to Berlin. Gold Buddha statues adorn the temple and staircases with carved dragons line the walkways. The surrounding garden has traditional statues, plants and a zen atmosphere. All visitors are welcome, provided they remove their shoes before entering the temple and act respectfully while enjoying the surrounding area. 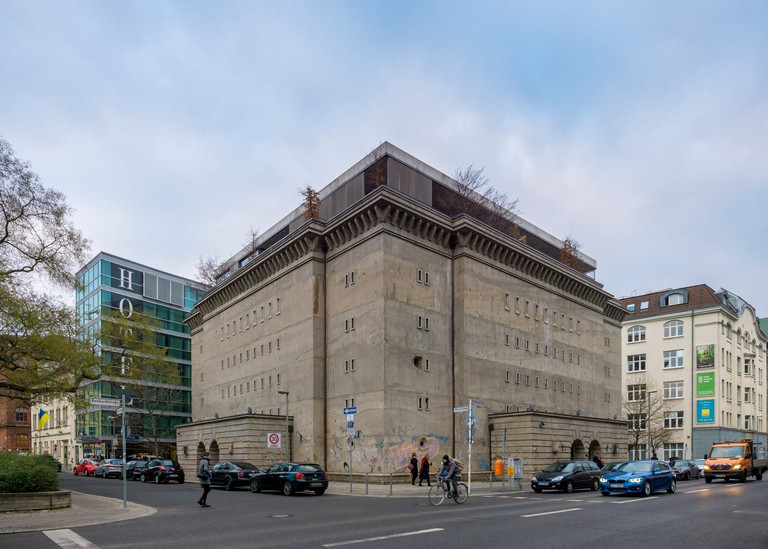 Sammlung Boros is located in a converted war bunker | © mvlampila / Alamy Stock Photo
One of the most exclusive and thrilling art secrets in Berlin, the Sammlung Boros Collection, or Boros Bunker, is enveloped in an aura of mystery, history and cutting-edge creativity. The structure was built in 1942 and served as a bomb shelter. Since then it has subsequently been used as a prison, a banana storeroom, and a S&M fetish club. Eventually it found its way into the hands of Christian Boros and his family, who transformed it into the luxurious art gallery it is today. Artists such as Olafur Eliasson, Wolfgang Tillmans, and Tracey Emin are some of the hundreds of international talents who have exhibited here. The atmosphere is kept special by yet another catch: visits are only possible on weekends, and by appointment.

Breakfast on top of the Reichstag 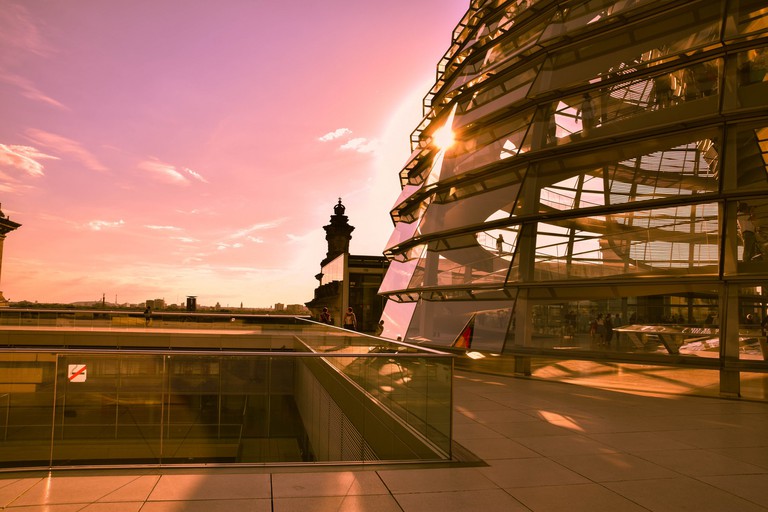 Reichstag dome at sunrise | © Maria Eklind / Flickr
The Reichstag has been a silent witness to Berlin‘s turbulent history and is one of the city’s most significant historical buildings. It’s also home to some of the best city views from its glass dome, which can be enjoyed by booking online. However, for those without a German address, the wait-list to get in can be months long during the warmer months, so a nifty way to skip the line and still enjoy the view is by booking into Dachgarten Restaurant atop the Reichstag. Here, visitors can enjoy a sun-drenched, authentic German breakfast and amazing city views. 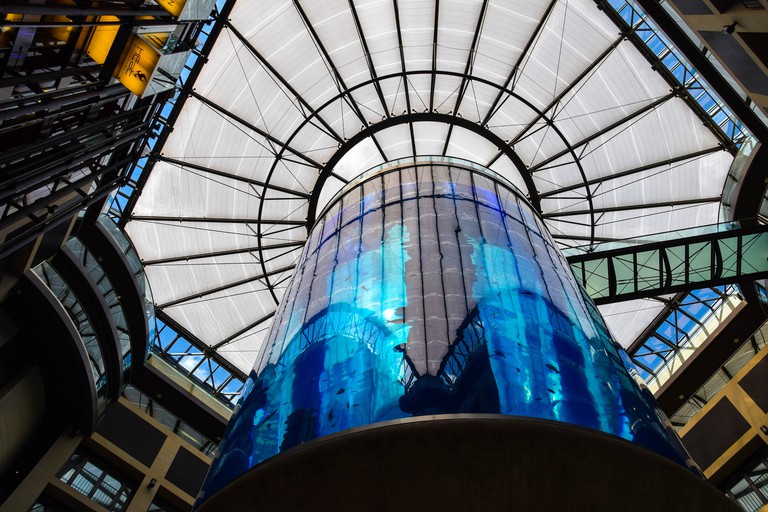 AquaDom in Radisson Blu Berlin | © Maria Eklind / Flickr
Situated in the Radisson Blu Hotel, the AquaDom is easy for tourists and locals to miss if they aren’t searching for it. The tall, cylindrical aquarium with a built-in elevator houses 1500 tropical fish and is the world’s largest free-standing aquarium. Next door is Sea Life, which wows visitors with a huge range of exotic sea creatures. 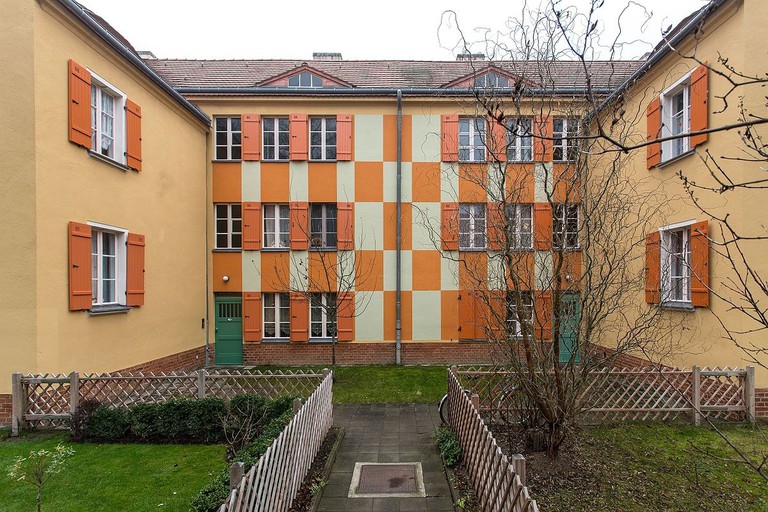 Gartenstadt Falkenberg, also known as the Paintbox Housing Estate, was designed by famous German architect Bruno Taut in 1920. A part of Berlin’s least well-known UNESCO World Heritage Site, these housing estates are recognised for their innovative design. Located in Treptower, there are roughly 128 houses on the estate and most are single-family homes, with eye-catching details and colourful façades.

A unique view of a famous Berlin sight 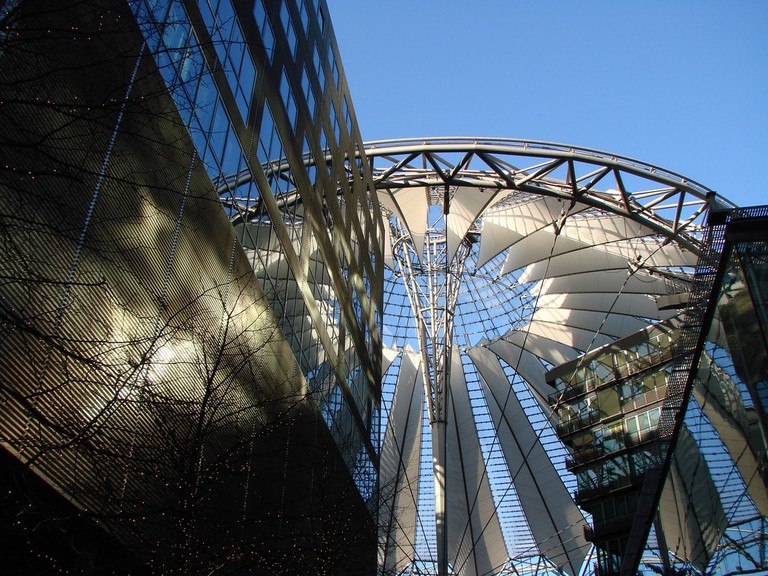 For an unusual perspective of one of Berlin’s most-visited sights, head up to the Museum für Film und Fernsehen. Here, visitors can enjoy views of the Sony Center and get acquainted with students and workers of the German Film and Television Academy in their modern, sky-lounge cafeteria called the Helene Schwarz Café.