The 7 Coolest Print Magazines in Berlin 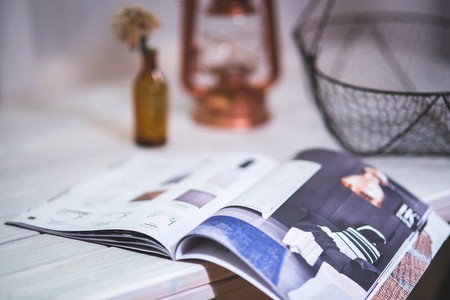 We may be in 2016, but it’s no secret that print media is here to stay. Here to challenge our very notions of what a periodical ought to look like, each of these Berlin-based publications have fascinating concepts that manifest themselves across pages of astounding imagery and thoughtful written word, reviving the tangible act of flipping through media in a much more meaningful way. Really, the only thing left to decide is which subscription to sign up for first!

Flaneur is a Berlin based publication that actually brands itself as a ‘nomadic, independent magazine’. While its founder has lived in Berlin all her life, and many of the tasks of publishing this print periodical occur in the city, each issue actually focuses on a different street in the world after the production team lives there for two months, researching and absorbing the narrative surrounding that place. The publication has earned some pretty high laudation, including a mention on Forbes’ Media Europe 30under30 list. Flaneur invites readers to take a different approach to the notions of world exploration and travel, which have become popular subjects within the realms of both print and digital content.

Archiv/e mag is a German language periodical publication that puts out limited-edition issues. The content is curated from different blogs that work in conjunction with the magazine, and the concept is meant to promote slow lifestyle as an alternative to the overly saturated streams of content produced about various topics online. Thus, the magazine is released biannually, in blog to print fashion. Each issue contains a thematically curated set of content where the best things posted online can be preserved in a more physical way, hence the publication’s name. They also publish complementary digital content online.

Kaltblut Magazine is a publication whose creators are dedicated to staying at the forefront of Berlin’s art, fashion, and music scenes. Their aim is to present a culmination of these topics in creative and unconventional formats. Plus, much of the content explores the connection between these disciplines through various kinds of media. You can also find much of their work in digital form on their website. Each issue is released quarterly, and it functions as a more raw and direct way for artists to communicate with readers all over the world. Much of the magazine’s content is set against an metropolitan backdrop, inviting us to form broader notions about the concept of urban living. The makers behind Kaltblut Magazine hope to do more than create beautiful work; instead, they want each issue to derive a kernel of thematic insight that will leave a lasting impression on readers.

Another one of Berlin’s most popular magazines is Œ, whose focus is on staying at the forefront of the fashion zeitgeist. Identifiable by its iconic Œ logo, the aesthetics of the magazine are reason enough to pick up a copy, but the depth of dazzling content within is what makes it difficult to put down. The periodical is photo-heavy, to help readers feel free to draw their own conclusions about current trends in fashion. The magazine is made with the intention of depicting the ways that the fashion industry propels itself forward through various forms of aesthetic inspiration and innovation. Keep an eye out, because Œ only gets released once a year.

The Travel Almanac offers a different take on travel writing altogether by featuring various famous individuals in each publication giving their advice and commentary about the personal voyages and journeys they have taken. So far the magazine has consulted the likes of David Lynch and Charlotte Gainsbourg on this topic. For anyone who is searching for a new narrative for conceptualizing world travel, The Travel Almanac is about as original as it gets. The publication also includes exclusive images and works of art that were inspired by places, an added dimension to the notion that our changing surroundings play a significant role in the way we experience contemporary life.

Berlin Quarterly is undoubtedly one of the most popular indie magazines that hails from our beloved city. Released every three months, as the name dictates, the magazine is compiled with the intention of capturing the ever-changing culture of Berlin and other cities through all senses. Their aim is to provide substantive commentary that extends beyond the narratives of mainstream media regarding different places and cultural realities. Articles are written in the format of long-form journalism, and each issue grapples with the topics of literature, arts, and culture to promote connection among people that harbor different perspectives and social backgrounds.

The publication Texte Zur Kunst is a contemporary art magazine that was first established in 1990, and it has been produced in Berlin since 2000. Its contents span across about 300 pages and include text in both German and English, organized in the forms of interviews, reviews, and commentary about art, film, fashion, and design. The subject matter also has a political side as well. Articles often touch on the relationship between cultural expression and socio-political theory. For those looking to read things that are at times as controversial and challenging as they are compelling within the realm of art, look no further.