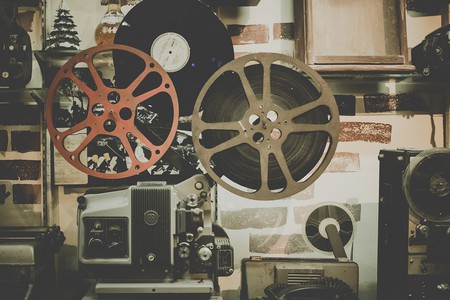 The mechanics of making a movie | © Free-Photos/ Pixabay

From the veterans who have made women’s history in film, to box office hotshots and the new, young and bright directors making waves in the movie game, Germany is flush with a talented cast of women taking charge behind the camera.

Von Trotta was the first to change the whole game, because she was the first female director to ever open the Berlinale Film Festival. In all its 67 years running, there have only ever been two women who have had the honour to date. This Berlin-bred powerhouse has been described as the ‘leading force’ in the New German Cinema movement and has even been dubbed the world’s foremost feminist filmmaker for new representations of women on the screen. Her extensive body of work has been recognized with international awards on features such as Die bleierne Zeit (1981) and Rosenstrasse (2003). Below is the trailer for the film entitled Hannah Arendt.

Maren Ade is an internationally acclaimed German filmmaker whose feature film entitled Toni Erdmann (2016) was nominated for Academy Award. Ade began making her first short films when she was just a teenager, and her final student film The Forest for the Trees received the Special Jury Award at the 2005 Sundance Film Festival. Toni Erdmann tells the story of a man who tries to get his daughter to lighten up a little bit from her serious nature by playing pranks on her. In 2016, it became the first German film in ten years to debut at the Cannes Film Festival, while winning the award for the Best European Film at the European Film Awards. Ade currently teaches screenwriting at the Film Academy Baden-Württemberg in Berlin.

Lena Schomann is making a successful career out of the German sense of humour. Her last two films, the 2013 high school comedy Fack ju Göhte (Suck Me Shakespeer) is a 2013 high-school comedy that, together with its 2015 sequel of the same name, grossed nearly $150 million in Europe. Success is written in the stars for this German director, and she’s laughing all the way to the bank.

Bürgelin is another young German filmmaker making waves in the local scene with her graduation film entitled Millennials. Another graduate of the Filmakademie Baden-Württemberg, she now lives and works as a freelance director in Berlin. The film is described as an urban fairytale infused with a documentary-like atmosphere. It boasts a sophisticated narrative structure that moves between two characters, following their personal trials and tribulations in life, their joys and their sorrows.

Hellsgård may be Swedish, but her films are directed in German and tell stories of her new home and surroundings in Berlin. Inspired by the curious mix of art and film, the director moved to Berlin in 2001 with no knowledge of the German language. After learning it, she began to make films that generally revolve around societal misfits, people who are desperate to belong but just don’t. Her film Wanja was shown in the Perspektive Deutsches Kino, a category of the Berlinale Film festival that is specifically designated for the next generation of German filmmakers.

Mascha Schilinski was born in Berlin in 1984. In 2008, she graduated in a Masterclass at the Filmschule Hamburg before continuing her studies in 2012 at the Filmakademie Baden-Württemberg. Die Tochter (Dark Blue Girl) is her first feature-length film and had people talking at Perspektive Deutsches Kino. The film is about family dynamics, and a young girl’s tactical quest to keep her already separated parents apart.

Born in Munich, raised in Hamburg, Spengler is the daughter of a Korean nurse and a Bavarian businessman. Released in February 2017, Back for Good is the young director’s first feature film, which had the honour of opening the Perspektive Deutsches Kino at the 2017 Berlinale. The film went on to receive many awards, including the DEFA Foundation Award, the FIPRESCI Award and the Young Talent Prize. The comedy-drama follows the lives of three women, one a struggling ex-drug addict and another a victim of bullying, and their potential for transformation. Look out for her next film The Ghetto of the Media.