What You Should Know About Hertha Berlin 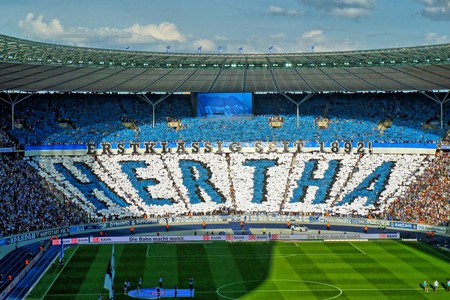 From its philharmonic to its fashion scene, there are a lot of things that Berliners do well. Meanwhile, Germany has a reputation for its stellar football skills, so it only makes sense that the club teams of the Hauptstadt would be representative of this fact. Hertha BSC, in particular, has a compelling history full of surprising obstacles and exciting comebacks. Here are six things you ought to know about them.

Hertha has a lot of different names

Its full name is Hertha Berliner Sport-Club von 1892, and the team was named for a steam ship. In fact, their colors come from the ship’s blue and white smokestacks. Considering what a mouthful that formal name is, the Hertha Berliner Sport Club is often referred to as the Hertha BSC or even just the Hertha. The team is sometimes also called the BFC Hertha 92 — short for the Berlin Football Club Hertha 92. Some of its nicknames include ‘Die Alte Dame’, which means ‘the old lady’ in German and ‘Die Blau-Weßen’ the blue-whites, both in reference to the eponymous steam ship. The name Hertha is also a reference to the fertility goddess, Nerthus, in old Germanic lore. 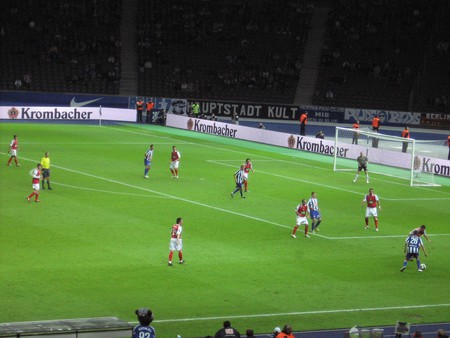 This football club has survived (& thrived) through a lot

Eight years after its formation in 1892, Hertha served as a founding member for the German Football Association in Leipzig. Due to financial troubles, Hertha merged with the Berliner Sport Club in 1920. They won championships in 1905, 1930, and 1931. Under the Third Reich, the Hertha played in a new division, the Gauliga Berlin-Brandenburg. During this era, they earned the divisional title in 1935, 1937, and 1944. After a brief hiatus under the Allied Forces’ ban on most organizations in Post-War Germany, the team was briefly renamed SG Gesundbrunnen. They played in a new, exclusively West German league because Berlin was divided at the time.

It is part of the prestigious Bundesliga

Hertha actually founded the Bundesliga in 1963, and it served as the league’s champion at the time. This was short lived however, because the club had been caught bribing players from East Berlin to join their ranks, something that was strictly forbidden at the time. They were able to regain entry on merit five years later. The team has since been in and out of the Bundesliga based on whether their record qualifies them to rank amongst the teams included in the league. They are certainly a team that’s known for bouncing back from its lows. 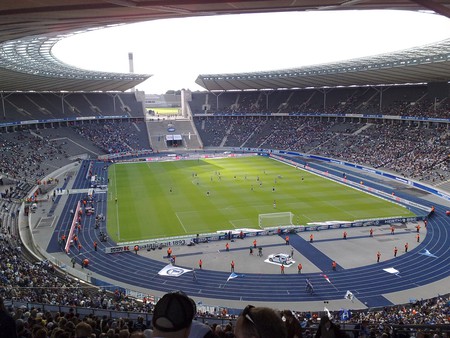 They have their own football academy

Since in recent years, Hertha often ranks in the top division, it makes sense that they would want to invest in keeping things the same way. One such means to ensure a successful future is through their very own football academy for youths. The academy is credited with having produced many players who have potential to perform at the level necessary to join the Bundesliga. Granted, these players don’t always stick with Hertha Berlin. This is a two-way street, however, because the team also recruits talented individuals from the international football sphere, including the notorious Marcelinho Paraíba from Brazil.

Since the 1963 when Hertha became part of the Bundesliga, its home stadium is the enormous Olympiastadion — the venue is one of the largest of its kind, second only to the Westfalenstadion. This is the same stadium where the 2006 FIFA World Cup, along with the Summer Olympics of 1936. More than 74,000 people can fit in the stadium, and when the Hertha team plays matches against rivals like FC Bayern München, the stadium reaches its capacity. Find Hertha’s fans sitting in the Ostkurve, where the stand curves around the stadium track. 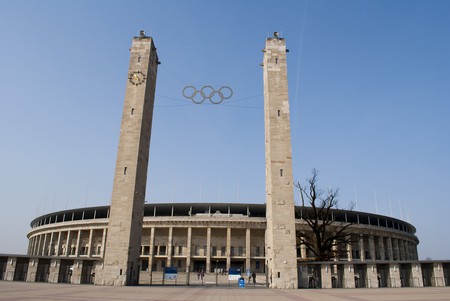 They have some pretty loyal fans

‘Ha-ho-he Hertha BSC!’ as the saying goes, is the customary chant of Hertha Berlin’s fans. On game day, these impassioned rabble-rousers are known to cheer on their team with more vehemence than any other fan base in the league. Considering that some of Hertha Berlin is known for both rising and falling in rank, sometimes getting ousted from the Bundesliga altogether, Hertha fans have stuck with their team through thick and thin. They come to see them play at the Olympiastadion for on around Є9 a ticket, and they usually showing up in great, enthusiastic numbers.