6 Moments That Shaped The Berlin Olympics 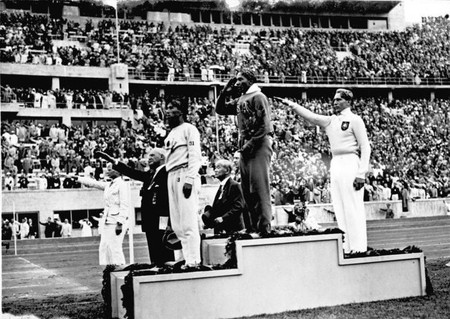 The 1936 Berlin Olympics is often referred to as the Nazi Olympics, and naturally was subject to many controversies. In addition to all this, the Berlin Olympics was the site of many firsts. These were the first Olympic games broadcast on television, and sports like basketball and field handball were events for the first time. To commemorate its 80th anniversary, here are six moments that shaped the Berlin Olympics.

From Olympia to Berlin: the first torch relay

The opening ceremony took place in the Berlin Olympic Stadium as a hysteric crowd cheered for Hitler, a spectacle that gave foreigners some of the first glimpses into the dictator’s appalling cult of personality. Naturally, the Führer wanted the highly broadcasted event to wow the whole world, so the Nazis introduced the torch relay to the events for the first time. Athletes ran all the way from Olympia in Greece to the Berlin Olympic Stadium, passing the flame from one athlete to another. The relay concluded with the final runner lighting the eternal flame at the Olympic Stadium. 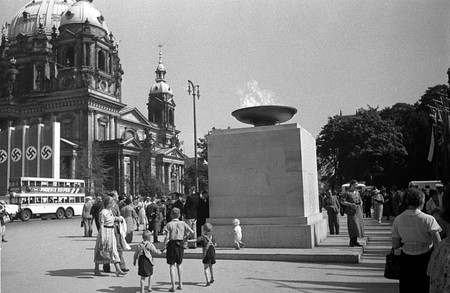 At just 13 (and 268 days), California native Marjorie Gestring won the Olympic gold medal for three-meter springboard diving. She was the youngest person to ever win a gold medal, and to this day she is still the second youngest person to do so. Gestring beat her rival, Katherine Rawls, for the gold with her final dive. Rawls, a fellow American, was 29 at the time. Gestring received an honorary gold medal in 1940 from the Olympic Committee after the events were canceled due to World War II, and she was later inducted into the International Swimming Hall of Fame. 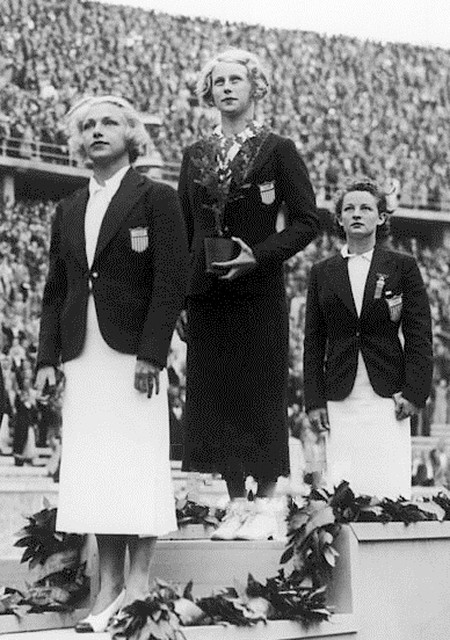 A series of dramatic races

The Berlin Olympics was filled with plenty of drama within the realm of track and field. For one, John Woodruff, an African American 21-year-old underdog, won a gold medal in the 800-meter race after slowing to a jog to keep from getting boxed in by his competitors. At one point he even stopped for a moment. The clever move that came from his ability to remain calm under pressure put him briefly in last place, but ultimately gave him the space he needed to catch up and take the lead in the final moments of the race.

Another amazing story from the races revolves around Elizabeth ‘Betty’ Robinson Schwartz. Back in 1928, she was the first woman to win a gold medal for track and field. In 1936, Schwartz was part of the American women’s relay team, which beat Germany, the race’s favored team, after a contender dropped the baton on the first pass. What makes her winning appearance at the 1936 Olympics so special is the tumult she overcame to be there in the first place. Only a few years prior, she was in a car accident that left her in a coma for seven months. It took her years of recovery time before she was even able to walk again.

These weren’t the only athletes of notoriety to run track and field that year. African American sprinter and long jumper, Jesse Owens, stole the show after winning four Olympic gold medals. The present day Berlin even has a school and a street named after him. His incredible performance in the 1936 Olympic games put Hitler’s theory about Aryan racial supremacy to shame. Another interesting tidbit of info surrounding the story of Jesse Owens is that fellow German competitor, Luz Long offered Owens encouragement after he almost failed to qualify to compete in the games, something that later earned him the Pierre de Coubertin medal for sportsmanship. 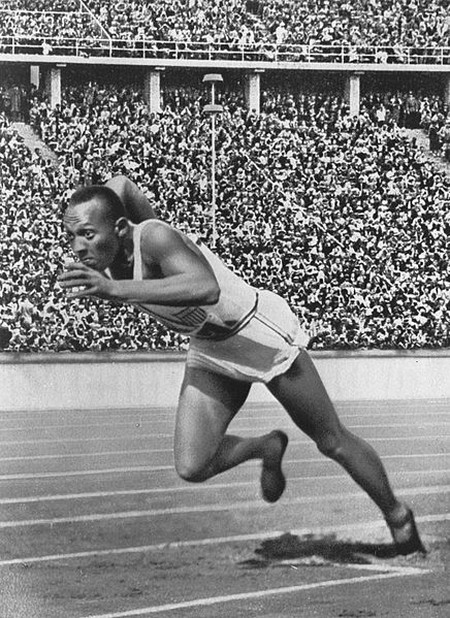 History dictates, rather unsurprisingly, that Hitler did not have the best temperament at the Berlin Olympics. This was particularly unfortunate for the Third Reich considering that Goebbels insisted that the Germany hold the events for the purpose of propaganda. Most of Hitler’s hissy fits came when his theory about the Aryan athletic supremacy was debunked time and again. The carefully selected German Aryan athletes flopped. A good deal of them lost to African American superstars like Jesse Owens, among contenders of a multitude of other ethnicities. According to lore, Hitler even refused to shake Owens’ hand, despite the fact that this has long been customary for the leaders of the host country to do so. 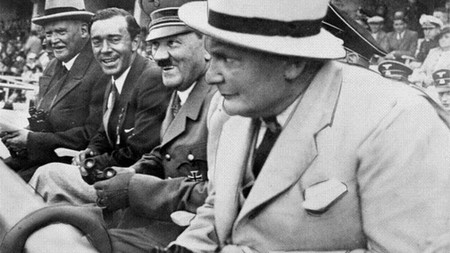 Peru leaves the games in protest

Hitler’s inability to be a good sport was not tolerated by everyone. When the Peruvian football team beat Austria 4-2 after making an astonishing two-goal comeback in the last 15 minutes of the game, they were subject to one of Hitler’s outbursts. He insisted that there be a private rematch between Austria and Peru. Upon hearing this, Peru left the games in protest. Colombia followed suit. Several Jewish athletes from countries like France, Canada, the UK, and Austria also opted out of competing in the games. Most notably, Harvard track star, Milton Green did not participate as a political gesture in opposition to Nazism. 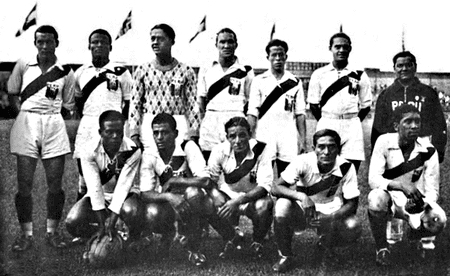