6 Documentaries About Berlin You Need to Watch 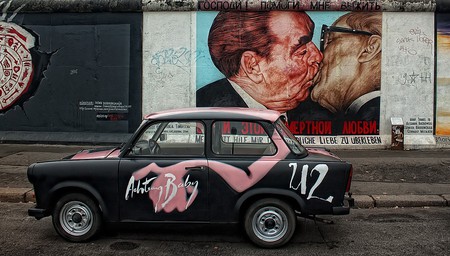 Berlin is overflowing with stories to be told | © PeterDargatz/Pixabay

Berlin is a fascinating, layered city with an unimaginable history. It has risen and fallen countless times, but with every struggle has come the birth of unique movements and subcultures. From drugs and music, to skateboarding and other tales of a divided city, here are some amazing documentaries starring the city, a landscape that is continuously transforming.

This documentary offers a captivating account of East Germany’s skate scene. Directed by Marten Persiel, the story follows three friends who smuggled a skateboard across the Berlin Wall and into the Communist GDR. Disturbing the austere aesthetic of East Berlin, skating became a defiant movement against the rigid oppression of the Cold War.

Written and directed by Maja Classen, Don’t Forget To Go Home is a 2006 documentary about the electronic music scene in Berlin. The film consists of interviews from Berlin’s electronic dance music scene, mainly that of house, techno, and their minimal subcultures, woven together to create narratives around music, drugs, love, addiction, friendship, and sexuality. Feiern is the German word for party, and features DJs, bouncers, club owners, and partygoers in a depiction of the highs and lows of 24-hour party people.

Architects and those who are interested in Berlin’s constantly evolving landscape will love this documentary by Hubertus Siegert. The filmmaker profiles the German capital’s radical reconstruction since 1989, with amazing images of construction and destruction accompanied by the industrial music performed by Einstürzende Neubauten. The film focuses on the extensive rebuilding projects after the fall of the Wall, and features internationally acclaimed architects including Rem Koolhaas, Renzo Piano, and I.M. Pei.

This documentary chronicles the legacy of the Bar 25, from where it all began through its peak and dream years and finally, to its closing. More than a venue and music label, the iconic Bar 25 created a utopian village for young people, where they actually lived the “way you have always dreamed of living,” and the only thing they had in common with the “real world” was the weather. A must-see for those wanting to understand the unique party culture of Berlin and the constant fight to preserve it.

This Academy Award-nominated documentary short is a remarkable history lesson told from through the eyes of rabbits. Offering an abstract and unusual perspective of the thousands of wild rabbits who lived in the Death Zone of the Berlin Wall. While a harrowing hazard for human life, the strip of earth enclosed between the two walls was their safety zone for 28 years. Released in 2009, the film was directed by Bartek Konopka.

Produced by National Geographic, Hitler’s Hidden City goes into the depths of the underground bunkers and tunnels that Hitler instructed his architects to create in the lead up to the Second World War. The documentary follows a team of archeologists and historians as they uncover and explore the last remaining structures of the Third Reich.