5 Things You Should Know About Dmitri Vrubel: A Must Read Artist Profile

One of the most striking paintings the East Side Gallery of the Berlin Wall displays Soviet leader Leonid Brezhnev in what appears to be a passionate kiss with the East Germany President Erich Honecker. Originally painted by Russian artist Dmitri Vrubel in the 1990s, ‘The Kiss’ (or ‘the Kiss of Death’) was restored several decades later again by the artist himself. 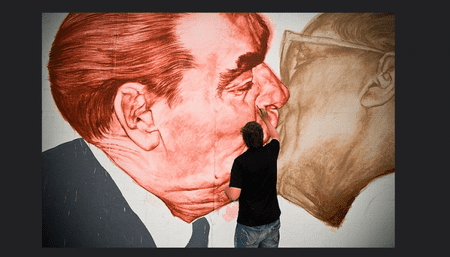 Whether you choose to take the mile-long walk up and down the Berlin Wall East Side Gallery and kiss in front of ‘The Kiss’ or not, here are 5 things you should know about the creator of this iconic painting – Dmitri Vrubel. 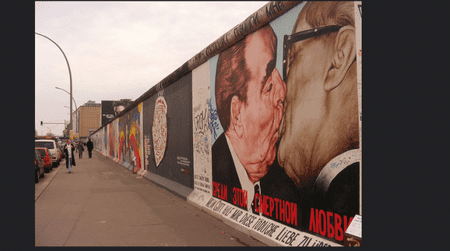 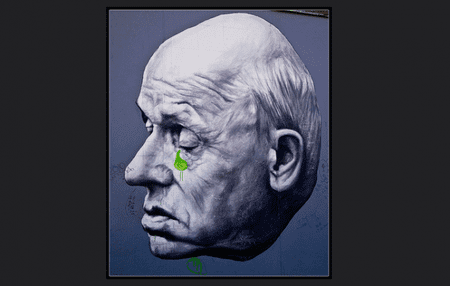 Vrubel has often been a subject to criticism by the public. With his free-from-constraint way of living – painting, writing poetry and drinking in his Berlin apartment studio and galley, he seems to be a Bohemian artist living in the wrong age. His art too is subject to scrutiny – provocative, sometimes political, often misunderstood by those who don’t know, or disagree with the artists’ aims and inspirations. Vrubel really wanted to represent his undying love (and fear) of Russia and Russian people, and gain publicity through and for his art, which he did in a remarkably controversial way.

So the next time you come across Dmitri Vrubel in name or through the restored ‘Brotherly Kiss’ on the East Side Gallery of what is left of the Berlin Wall, you now have a little more knowledge about the iconic artist and his painting.