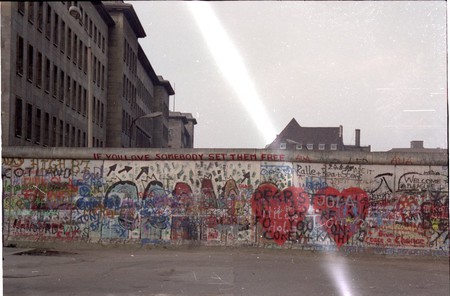 With the anniversary of the fall of the Berlin Wall just around the corner, there’s no better time to do a bit of reflecting about what this divisive structure meant for the city and the people who lived there. Here are five utterly captivating books that will open your eyes to life behind the Berlin Wall.

The Wall Jumper by Peter Schneider

Peter Schneider’s The Wall Jumper was written in 1982, a full seven years before the wall came down. The book captures the reality of life behind the wall, as people work to survive under the oppressive system with no end in sight. The story is told from the standpoint of an anonymous narrator who is able to cross back and forth between East and West. Each of the characters we encounter from his elusive perspective illustrate the many different ways that the Wall affected citizens of the GDR and beyond. Some quite literally hop the Wall more than once throughout the duration of the novel, while others are Wall jumpers in more figurative, albeit subversive ways. 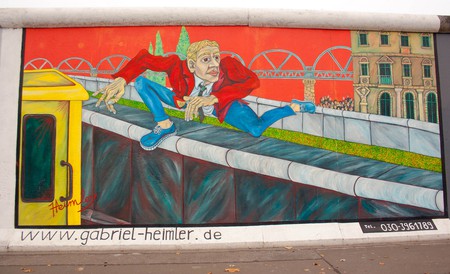 The Sleep of the Righteous by Wolfgang Hilbig

Translated into English in 2015, The Sleep of the Righteous by author Wolfgang Hilbig is acclaimed for its ability to articulate the stifling angst of being ideologically sequestered in a very literal way behind the Berlin Wall. Specifically, Hilbig depicts the perspective of working-class people living behind the Wall as well as their adjustment to reunified Germany. What’s more, this story is set in a small mining town in the GDR, rather than in Berlin, which only furthers to distinguish this narrative from others like it. We get a glimpse at the ways in which the stagnating economy of East Germany impacted people’s lives in as equal measure as the sexier or more oppressive elements of spying and surveillance had. 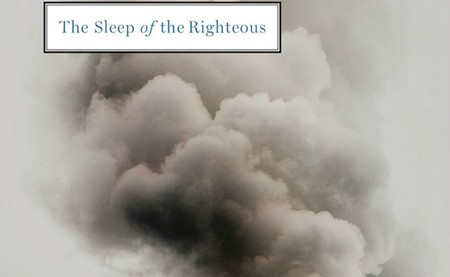 What Remains by Christa Wolf

Christa Wolf is undoubtedly one of the most iconic German authors writing behind the Wall. While she has garnered many critiques on both sides of the political spectrum over the years for her work, there is no doubting that she brings an invaluable perspective to the literary world about the lives and changing mentalities of those living in the GDR. What Remains is a novella by Wolf that was originally written in 1979, but it wasn’t published until after the fall of the Wall in 1990. It is about a woman who is living under Stasi supervision and the psychological impacts of such an arrangement. Nearly every aspect of the protagonist’s life must be altered. 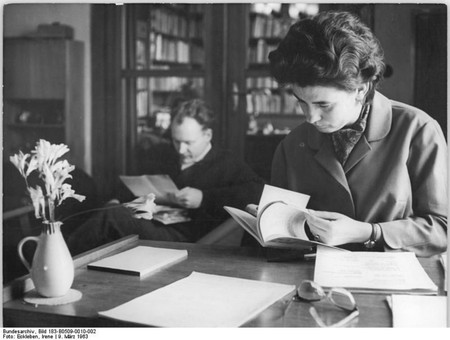 Germany to Germany by Günter Grass

Günter Grass is a Nobel Prize-winning German author who predominantly wrote during Germany’s post-war era. Germany to Germany is his personal diary chronicling his travels throughout reunified Germany in the months that followed the fall of the Berlin Wall. It offers an important historical account, from the perspective of a native German, about the aftermath of reuniting the country after it was divided for decades. More than simply taking on the role of passive observer, Grass engages with citizens and politicians who had been living and working on either side of the Wall, in addition to giving his own speeches and accounts. 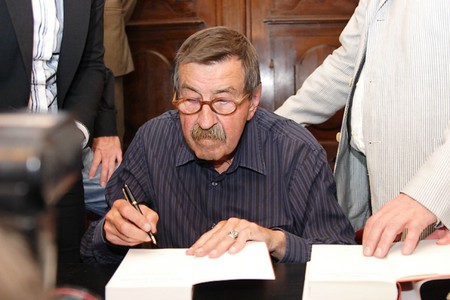 Traveling On One Leg by Herta Müller

Nobel Prize-winning author Herta Müller’s Traveling On One Leg was released in the momentous year of 1989. Its protagonist is Irene, a Romanian woman who had recently immigrated to West Germany in the 1980s. Through her tumultuous relationships with three successive men, we are offered the chance to explore her experiences with forming identity, grappling with past trauma, and her reconciliation with the role that her concept of ‘homeland’ plays in her life. The book parallels some of Müller’s own experiences with emigrating from Romania to Germany.