Must-See German Cities To Explore The History Of WWII

Germany has progressed and flourished into a beautiful country since World War II – prosperous, but mindful of the harrowing scar that caused such anguish. World War II will always be a grueling lesson from history, but for tourists and others interested in the facts, we check out four cities in which to explore the story of World War II. 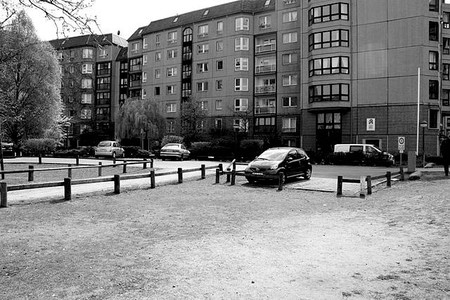 While it is often associated with the Berlin Wall and the Cold War in terms of history, there is much more to Berlin. Berlin was the city which experienced the last of the offensive attacks from European Allies during World War II. It was also the eventual place that Hitler dug in as Allied forces closed in around him. Hitler’s reluctance to admit defeat and the imminent end of his rule, ultimately led to him committed suicide in his bunker.

Buried underneath the car park at Gertrud Kolmar Strasse, the bombproof bunker proved to be a tough feat to take down. German technology was advanced beyond its days and this bunker was one such example. Due to the difficulty in destroying it, the solution was eventually to fill it up and a car park was built over the top.

Other important exhibits in Berlin include the Topography of Terror, an exhibition center built upon former Gestapo offices that shows how Hitler was able to establish and keep his power throughout World War II. The Holocaust Memorial is another important location that ought to be visited. With rows of cement blocks of different shapes and sizes as monuments to the murdered Jews, it leaves interpretation to each visitor on what each block represents and the feelings it brings in exploring and finding a way out among the tallest blocks. Other less famous attractions that are also worth a visit are the Jewish Museum and the Stasi Museum. These museums are smaller in size than museums on the Museum Island but are able to explore more personal stories and relics. 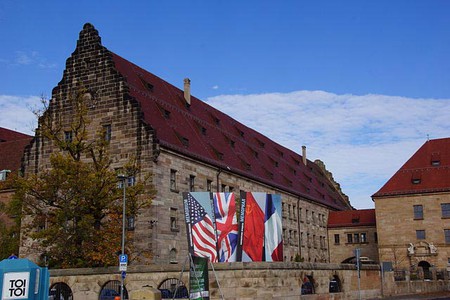 The name of the city may strike some as familiar which is unsurprising given the notoriety of the Nuremberg laws that were put in place during the Nazi regime. These were the very laws that cemented the Nazi’s Antisemitism, as anti-Jewish statutes were enacted to prevent further tainting of the Aryan race. Nuremberg was the city in which these laws were announced during the Nazi Party Rally. It seemed only right that justice was served back in the same city as political, military and economic members associated with the Nazis were prosecuted in the Nuremberg Trials from 1945 to 1949.
The Nuremberg trials in the Palace of Justice shed light on the barbarous activities by the Nazis. This ranged from countless killings by SS guards to cruel medical experiments carried out in concentration camps. The persecution in the Nuremberg also eventually led to international laws enacted by the United Nations to protect as many countries as possible under transnational security.
Another venue in Nuremberg also of importance is the Documentation Centre Party Rally Grounds, which is a museum of uncompleted remains of the Congress Hall that used to hold Nazi rallies. Exhibitions in this museum showcases the interrelation of causes and consequences under National Socialism that allowed the Nazis to exercise their power.

Dachau is an administrative town northwest of Munich and would otherwise be low profile if not for the Dachau Concentration Camp. The Dachau Concentration Camp was one of the first concentration camps built by the Nazis to hold political prisoners. The camp grew in size with time adding another approximately 100 sub-camps that induced forced labor by prisoners in extremely horrific conditions. As with many other concentration camps, it included a crematorium and a camp area. The crematorium was present for mass killings as well as the burning of bodies of prisoners who were unable to stay alive. The camp area was the space that people were forced to work or were made to undergo experimentation.
Every concentration camp is doubtlessly a difficult visiting experience, as one tries to understand the sufferings of the prisoners. With remains of the camp and explanation of tortures carried out throughout the camp, you will need to be prepared for what is to come. For those visiting, be prepared for an influx of cruelty, sadness and heartache upon exploration of the grounds of the Dachau Concentration Camp.

Hamburg was one of the cities that was hit the hardest in the bombing by the Allies, which left 75% of the city destroyed. Due to the nature of Hamburg as a main port and industrial center, it was strategically chosen to weaken the Nazis, which meant air raids and bunkers became a part of life for those living there. The Bunker Museum in Hamburg provides an insight into life in those days.
Another place in Hamburg worthy of a visit is the St. Nicholas’ Church which is a World War II memorial. The church was one of the casualties of the myriad of bombings during World War II. Most of the building is a reconstruction: of the original architecture, only the spire and crypt survive.