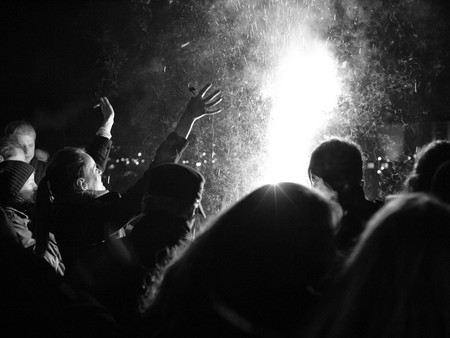 There is never a shortage of things to do in Berlin, yet every year there seems to be more and more exciting events popping up. Whether they are reoccurring events or new ones, Berlin is not a city to have any down time. Berlin is not what you would call a fast paced city, the locals are pretty relaxed and easy going, but that doesn’t mean they don’t have a list full of things to do and people to see. Here are some of the most exciting events we see coming up in the Berlin future.

Germany is known for many things, and their Christmas markets are most certainly up there. They open as early as November and stick around until the middle of January. Berlin’s beautiful Botanical Garden will be open for guests to romantically cruise through its uniquely-decorated Christmas trees that lead to the most delicious German treats. And of course, let’s not forget January 1. Come with a helmet, the fireworks and flying bottles can get wilder than wild. 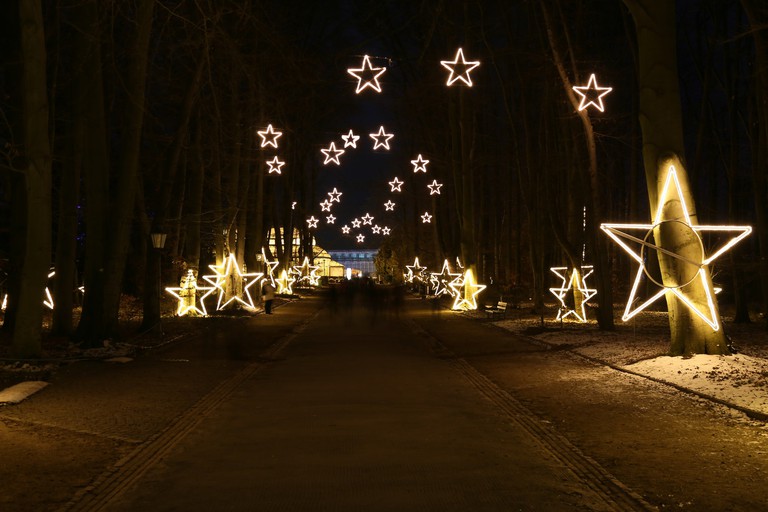 Every year artists from around the world come to Berlin for Transmediale. It’s a festival celebrating and exhibiting works that combine media, art, technology, political criticism, and culture. It takes place at Haus der Kulturen der Welt and welcomes around 25,000 visitors each year. Laurie Anderson, Anonymous, and Harun Farocki are just a few names on a long list of big-name artists who have participated in past Transmediale events. 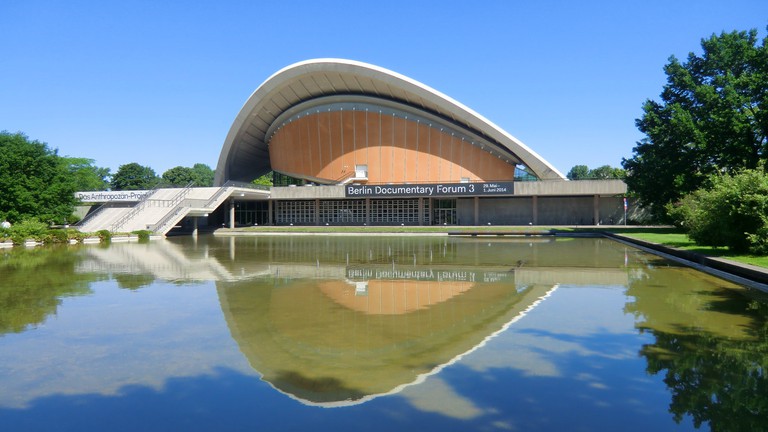 Berlinale is one of the most important film festivals in Europe. February 15 until February 25 2018 will mark the 68th Berlinale event, which will take place in more than 20 venues around Berlin and will premiere around 100 films. The 2018 program will be announced on February 6, 2018. 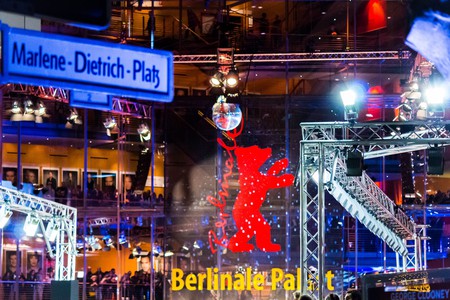 The One Grand Show

If you haven’t seen the billboards for this show yet, it’s because you haven’t landed in Berlin. It might be the first thing you see as soon as you arrive. The One Grand Show’s costumes are designed by famous fashion designer Jean Paul Gaultier who dreamed of working in a revue ever since he was a child. You should go to The Palast before the most visited show in recent years closes its curtains on July 25, 2018.

Every April, Berlin galleries open their doors to locals and visitors for a sneak peek at what the artists of the European creative hub are up to. On April 27–29, 2018, participating galleries will open their doors on Friday evening and will welcome visitors until Sunday evening. Gallery Weekend is certainly a good excuse to take off and make your Berlin trip.

Summer is the best time of the year in Berlin. The sun is up, and hopefully out. The locals start waking up from their long winter sleep and appear from their months of hibernation. For four days, international bands give concerts in venues all around Kreuzberg, and on the last day there is a street parade of people wearing the clothes of their cultures, singing songs, dancing for hours, and let’s not forget, serving their culture cocktails. 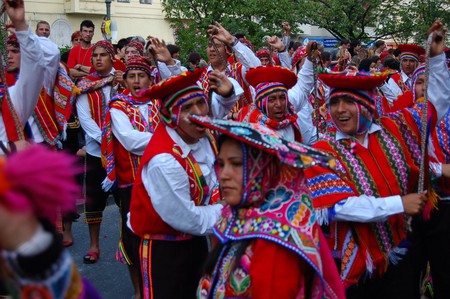 American Football fans, this one is for you. Probably not as popular as European football (the other football) but a little taste of the Americas didn’t hurt anyone. We like to call this a peaceful cultural exchange. The US is known for its entertainment industry after all.

Berlin’s Natural History Museum has been home to Europe’s only prehistory, T-Rex Tristan for the last few years, but it will say goodbye to that friendly dinosaur by the end of 2018. So, hop on your last chance to see something grand and magnificent.

Every June the world’s techno capital and alternative tunes goldmine, Berlin turns into a haven for music fans. On this day you can catch famous bands and DJs perform for free in parks, clubs, and venues all around the city. On Fête de la Musique the city is filled with music and sound, calling all of Berlin out of their homes and into the streets. 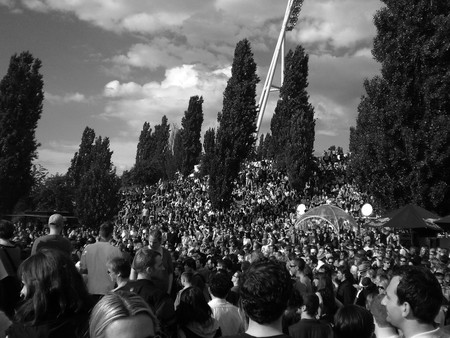 There are two fashion weeks in Berlin, one in January and one in July. If you want to see some of the most fashion-forward designers, hairstyles, models, and artists, Berlin Fashion Week is one hot and intimidating time to visit Berlin in 2018.

This place is on the must-eat list of every visitor who did their homework, but not all of them make it to the front of the queue, which is sometimes as long as Berghain. But don’t worry, you won’t get rejected when you meet your mark. Here’s an insider tip: there is another one! Same Mustafa, same kebab, no queue.

Near the Frankfurter Tor, Berlin’s International Beer Festival is lifting the spirits of the locals and thirsty travelers. Meet your fellow beer fans to taste the best and strangest flavors of beer from all over Germany. Get your hops on and drink wisely. 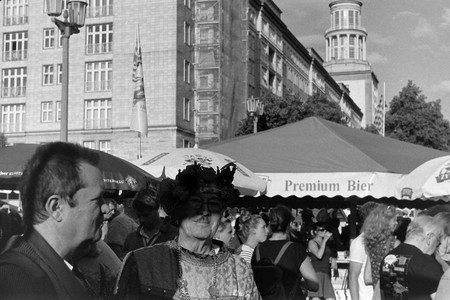 Even though in 2017 the BMW Berlin Marathon coincided with the national elections in Germany, it was still a hot topic buzzing around the Berlin scene. Public transportation adapted to the event, people participated and watched it all the way through. On September 15–16, 2018, it is expected to be even bigger and better than before. If you are on the athletic side of things, you don’t want to miss this event. 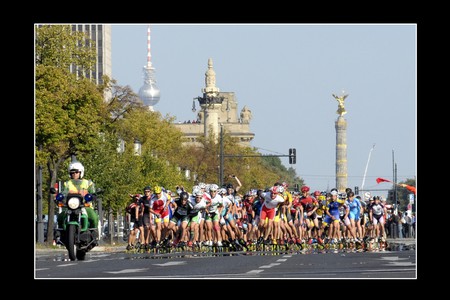 Drink one boot full of beer at Oktoberfest

Oktoberfest is more of a Bavarian activity, but every October main squares in Berlin set up smaller versions of the famous Oktoberfest tents found in Munich. Head to Alexanderplatz to get into the action this 2018.

If you haven’t done so already, spend a day time traveling to the days of DDR in the interactive DDR Museum of Berlin. We may be moving to the future, but that doesn’t mean you shouldn’t take a dip into the past. Don’t they say something like, “history repeats itself?” Explore a world that once was and decide what will be this coming 2018. 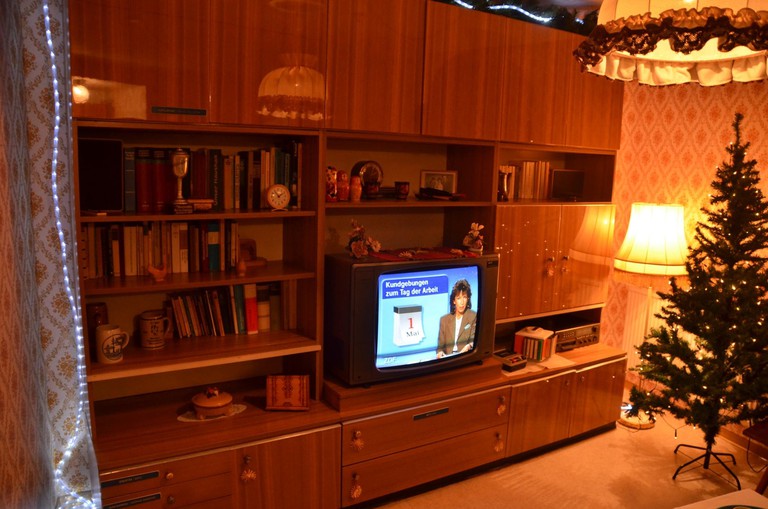 An exhibit in the DDR Museum Berlin | © Torsten Maue / Flickr

Would you like to travel to a happier time for at least one night? Red curtains, a wooden stage, a live swing band, and a dance floor full of Germans swinging to the tunes of 1930s Berlin. Just wait for the last romantics every Wednesday at Clärchen’s Ballhaus and see if you’ve found one of your past lives. Pay for what you eat and drink, not how much or how long you dream and dance.

Maybe you are tired of seeing this name everywhere. Maybe you think it’s overrated. Maybe it is. But you will never know until you experience Berghain yourself. In 2018 challenge yourself and go to Berghain. Let go of everything you believe you know about yourself for a few hours. It will be a night (or day) to remember, we’re sure of it. 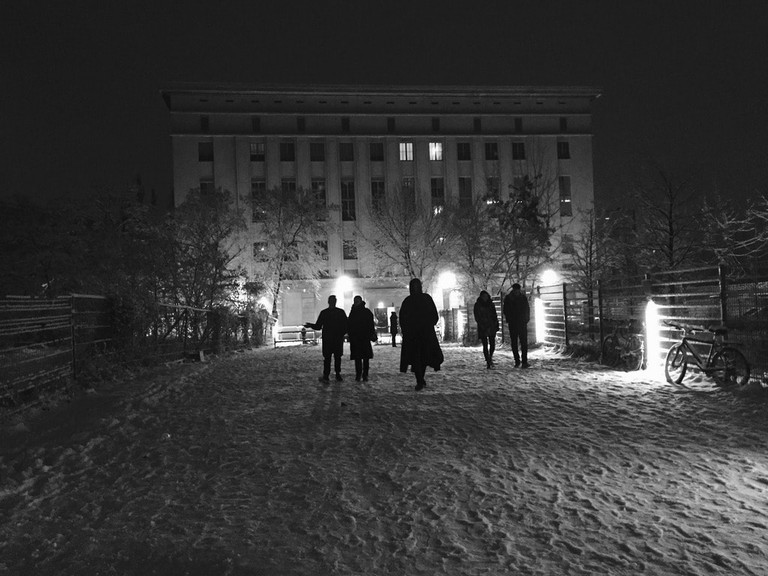 Berlin is perhaps the most open minded city in the world when it comes to nudity. Want to see it with your own eyes? Click here and learn more about FKK (Freikörperkultur, or ‘free body culture’). We’re all tired of our tan lines and so are the nudists who hang around Berlin lakes and ‘beaches’ daily. They have their marked meeting points and are there from sunrise to sunset. 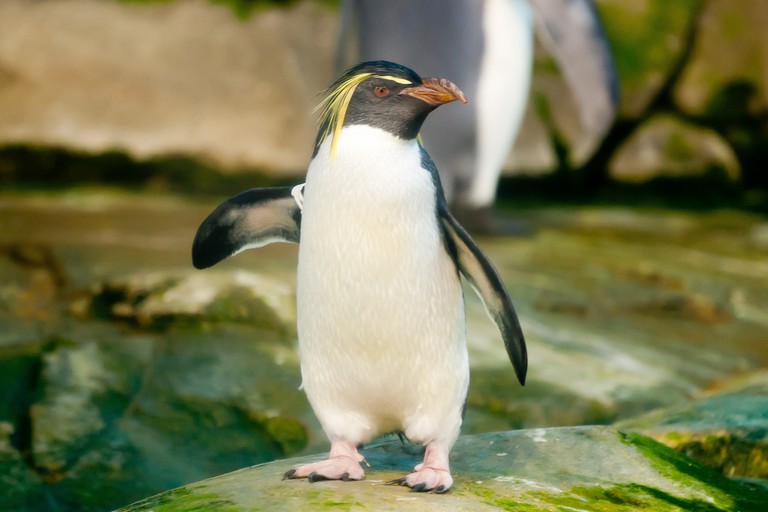 Berlin Zoo | © Volt 2011 / Flickr
Did you know novelist Vladimir Nabokov wrote a short story about the Berlin Zoo called A Guide to Berlin? It was written almost 100 years ago. That’s how long people have been fascinated by Berlin’s Zoologischer Garten. Approximately 1,380 species live here, so expect a full day’s visit.
Give us feedback