13 Berlin Bands You Must Listen To 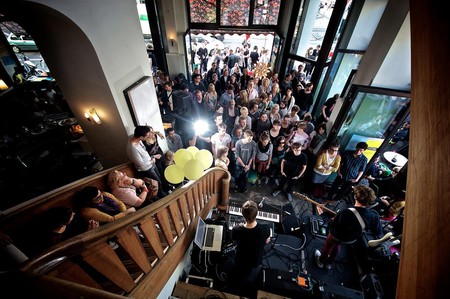 Over the years, Berlin has given the world some impressive bands. In early days, rock-centric and punk artists took hold of the charts; nowadays, ambient, hip-hop and indie bands have all found their place in Germany and beyond. The city is dripping with an expansive and diverse music culture, and the bands who have popped up over the years reflect the underground and influential scenes in Berlin. Beyond techno, there is plenty of talent to be found in Berlin’s music scene.

I Heart Sharks are a German-British indietronica band based in Berlin, combining guitar-elements of British indie influences with more typical Berlin electronic influences. Considered on the leading indie bands from the city, the combine their heritage to create a fresh and interesting sound and visual video clips. 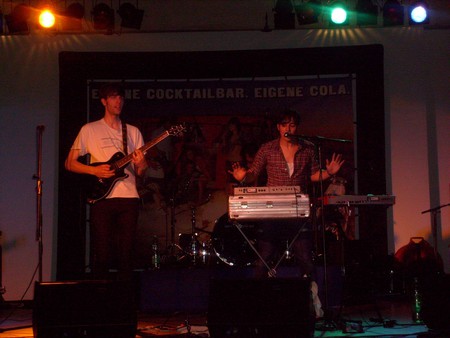 Gurr is Berlin’s beloved by hipsters, all-girl band that is making waves across the city and abroad. The duo Andreya Casablanca and Laura Lee Jenkins formed their band after meeting in their American studies class in Berlin. They then spent some time in the US to soak up West Coast culture, coining the term for their own genre, First Wave Gurrlcore. Their debut album, In My Head was recorded in the city at Funkhaus, which was once an East German radio studio. 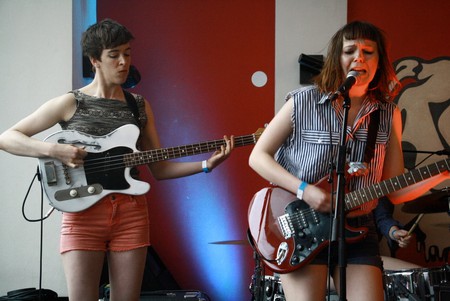 Mia is one of Germany’s brightest new-age/pop/rock/indie band from Berlin. Formed in 1997, the group has found considerable success on their home turf and across the globe. With an edgy sound and grounded roots in the city, Mia is an energetic band from Germany’s capital. 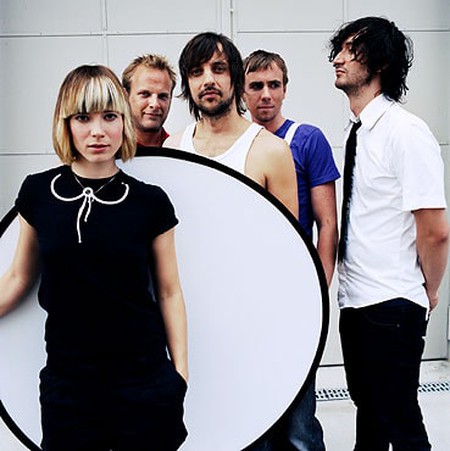 Slow Steve is the Berlin-based, smooth sounding synth-pop band that is charming its horde of followers. With a mellow, indie pop tone and analogue synth, Slow Steve is the ever-so-cool group who are signed to influential Berlin indie label Morr Music. 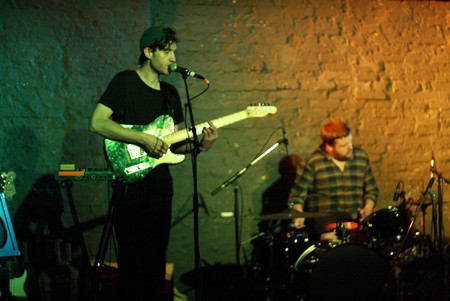 Jahcoozi is a multicultural Berlin-based trio, offering up a fresh sound that shies away from the mainstream. Fronted by London-born Sasha Perera and backed by producers/multi-instrumentalists, Teuton Robot Koch and Oren Gerlitz, together they put on energetic performances and electric nights at some of the city’s wildest clubs and bars. Their pop-electro sound and body-shaking songs are impossible not to dance to or love. 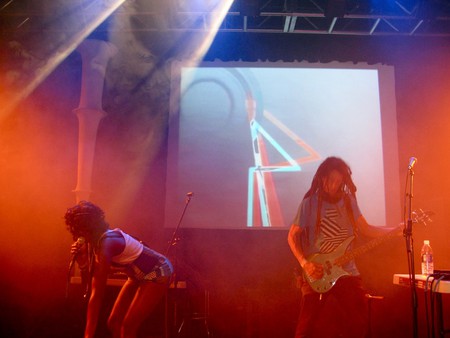 Seeed is a beloved eleven-person Berlin band. Known for their catchy contemporary fusion of German hip-hop, reggae and dancehall styles, this large band formed in 1998 and has found huge success in Germany and the surrounding countries. With a funky, unique sound, they’re a well-established Berlin band that’s worth checking out. 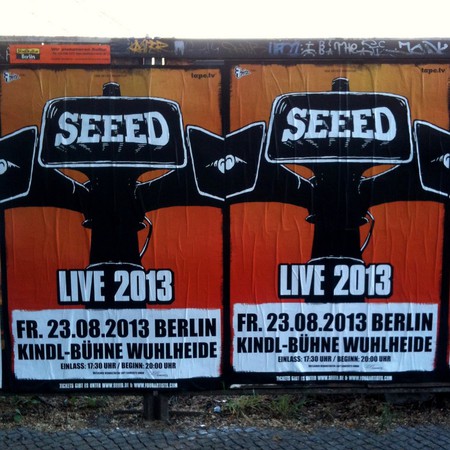 Beatsteaks have been around since the mid-’90s, blasting alternative German rock from Berlin. Playing alongside German punk legends Die Ärzte and Die Toten Hosen brought the band a wider audience. They’re still rocking on today, touring and putting on huge shows for adoring and wild fans. 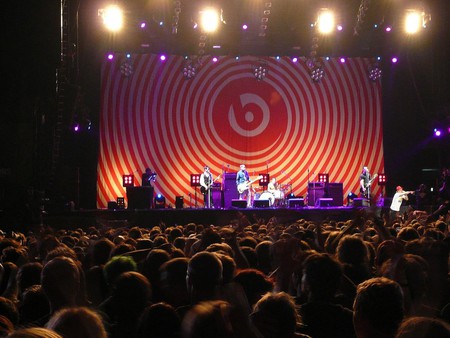 Jennifer Rostock is fronted by German-born singer and TV-host Jennifer Weist. Drawing on elements of hard rock, urban electronics and new-metal, the band produces a rocking, heavy and grunge sound with a female-driven point of view. 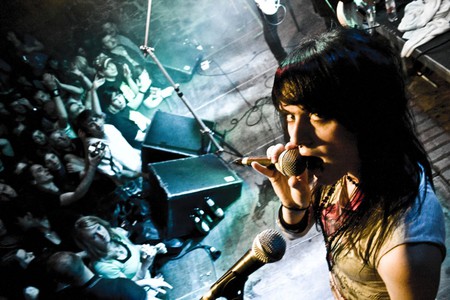 Super700 are a less well-known but amazing rock band from Berlin. Formed in 2003 by Ramadani and Michael Have, they have toured across Europe, and in Canada, Asia and America, bringing their English-sung rock hits across the globe. Their sound is a fresh take on classic rock, with cool female vocals. 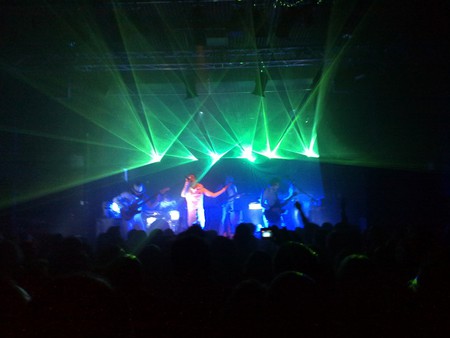 Evvol is a darkwave electronic duo, comprised of Irish singer Julie Chance and Australian instrumentalist Jane Arnison. Currently based in Kreuzberg, they have stunned at their live shows and festivals appearances around the city. The band creates a unique sound under their prominent theme of the human condition. 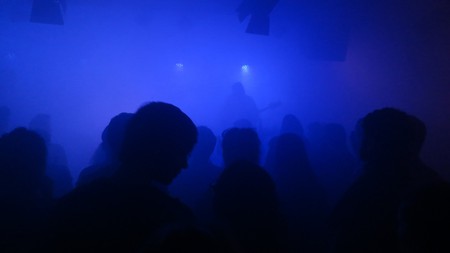 Rammstein is Berlin’s most iconic and influential German rock band. Forming in 1994, they helped found a subgenre of German hard rock and metal that became known as Neue Deutsche Härte. Their influential style and German-centric songs are an insight into Berlin’s early rock scene and the evolving styles that came out of the city. 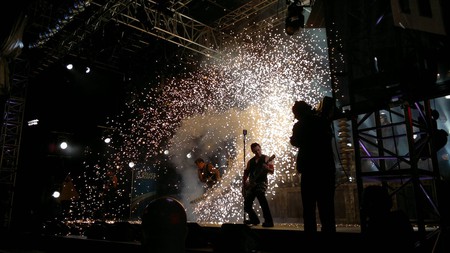 Wir Sind Helden, meaning We are Heroes in English, are a German pop-rock band established in Hamburg and based in Berlin. Their pop-rock sound has tones of the New German Wave style, deriving from punk roots but bringing a fresh, new sound. Popular in Berlin and around Germany, Wir Sind Helden shows the country’s love for new rock and thumping songs. 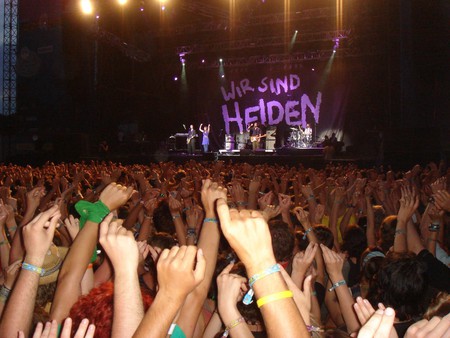