11 Moments in History that Shaped Berlin 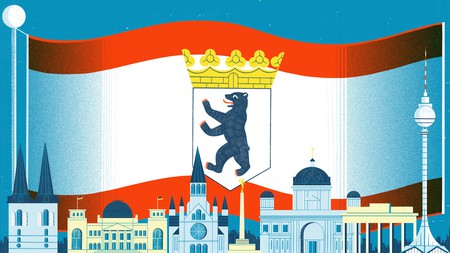 Berlin has a history spanning over 800 years. In that time, the capital of modern-day Germany has been the seat of royalty, before being divided by war and emerging as a centre of counterculture.

Visitors to Berlin will notice that the city’s mascot is a bear; this is because the first Margrave of Brandenburg, Albert the Bear – so called because of his strength and quickness in battle – named the city. The city was officially founded in 1237, and bears were incorporated in the city seal and on its flag. In 2001, Buddy Bears – standing bear statues – were painted by artists and installed throughout the city. 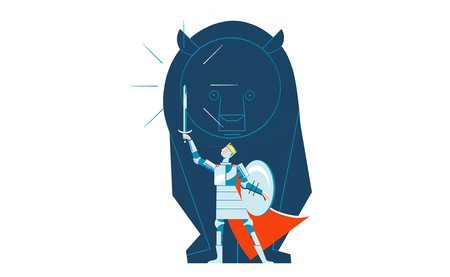 1701: Berlin becomes the capital of the Prussian Empire

In 1701, King Frederick I – formerly Elector Frederick III – named himself king and made Berlin the capital of the Prussian Empire. In addition to the title bump, Frederick I also commissioned the construction of Charlottenburg Palace, which he named for his wife, Queen Consort Sophia Charlotte. Today the palace still stands in the affluent neighbourhood of Charlottenburg, which was officially incorporated into Berlin in 1919.

Frederick I’s successor, Frederick William II, commissioned the Brandenburg Gate to represent peace. The gate was intended to mirror the gateway to the Acropolis in Athens, as demonstrated by its Neoclassical architecture. Today, it is one of the most instantly recognisable Berlin landmarks. After Napoleon’s army defeated the Prussian stronghold, he marched under the gate to mark the triumph. During Nazi rule it was used it as a party symbol and was one of the few Berlin structures still standing after World War II. Today, the gate retains its original message of peace, also representing freedom and the unity of Berlin after the fall of the Soviet rule in East Berlin.

One of Berlin’s tourist hotspots is Museumsinsel (Museum Island), which is built on the site of the medieval town of Cölln. The first museum built on the island was the Königliches Museum (‘Royal Museum’) in 1830 – it was later renamed the Altes Museum (‘Old Museum’) in 1841. Over time it has been joined by four other museums and in 1999 the area was named a UNESCO World Heritage Site. 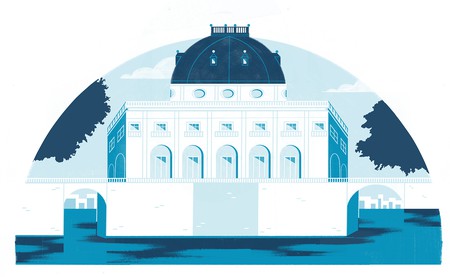 Berlin’s U-Bahn underground system will get you across town in no time. Initially proposed in 1880 by entrepreneur Werner Siemens, the U-1 line was opened in 1902 and many more were installed in the city well into the 1920s. The system was severely damaged during World War II, but by the 1960s, reconstruction was underway with the introduction of new lines. After the fall of the Berlin Wall, lines between East and West Berlin were installed to connect the two cities, with the most recent line being finished in 2009.

If you visit Berlin today, you’ll see that much of the city has become a memorial to World War II. After the Battle of Berlin in 1945, which saw the death of Adolf Hitler and the fall of the Nazi government, the city was devastated by bombings. Some buildings, like the Berlinerdome, have been restored to their former glory, but others remain in their ruined state as a reminder of the conflict. Kaiser Wilhelm Memorial Church is one of the most striking of these reminders. The 19th-century church, which juts out from the centre of Breitscheidplatz, is affectionately nicknamed ‘the hollow tooth’ because of its dishevelled appearance.

Stands all over Berlin sell this iconic treat of grilled pork sausage drenched in spiced ketchup. It is such a staple of Berlin that a coin stamped with the image of a currywurst was released in 2019 to commemorate the 70th anniversary of its invention. We have Herta Heuwer to thank for this delicious treat (and perfect hangover cure). In 1949, she had the brilliant idea of mixing ketchup with some curry powder she had acquired from British Soldiers stationed in Berlin and started selling the snack at her Charlottenburg stand. For the many builders that were tasked with rebuilding Berlin after World War II, the street food was the perfect fuel. 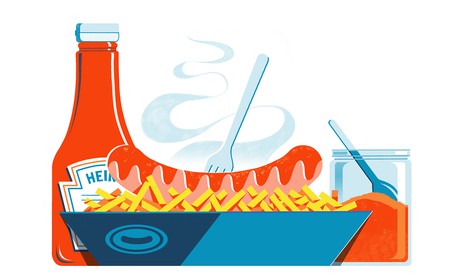 Running every February, the Berlin International Film Festival, or Berlinale, is considered one of the ‘Big Three’ festivals in the world – the other two being Cannes and Venice. The very first Berlinale was held in West Berlin in June 1951, with Alfred Hitchcock’s horror classic Rebecca (1940) as the festival opener. The festival was originally organised in a joint venture between US, British and German film organisations, intended to “showcase the free world” in a divided city. Berlin’s iconic bear is also the symbol of the festival, and winners receive golden, silver and bronze bear trophies at the festival’s closing ceremonies. Today, upwards of 400 international films are screened at the festival each year to roughly 500,000 attendees.

This Brutalist tower is a striking feature of the Berlin skyline. Erected in 1965, the Fernsehturm Berlin was installed just south of Alexanderplatz at the behest of the German Democratic Republic, which controlled East Berlin. Not only did the tower make television broadcasts possible, it was also intended to demonstrate the power of Communism. At an impressive 368 metres (1,207 feet) high, the structure likely made a huge impact as it could be seen throughout both the East and West sides of the city. Today, visitors can take in an impressive view of Berlin while dining at the tower’s Sphere Restaurant, or from the observation deck.

Built in 1961, the Berlin Wall physically divided East and West Berlin until it was officially removed in 1990. But in 1989, the German Democratic Republic announced that there would be freedom of movement between the two parts of the city. East Berliners jubilantly climbed the wall, chipping off souvenirs and reuniting with family and friends they had been separated from for decades. Remains of the wall exist throughout the city, and though the most famous piece is undoubtedly East Side Gallery, a brick line also runs through the city to mark where the wall once divided it. With the wall largely demolished by 1992, East Berlin became a place of creative innovation, and the area’s abandoned buildings and bunkers became artists’ squats and clubs, many of which are still in operation today. 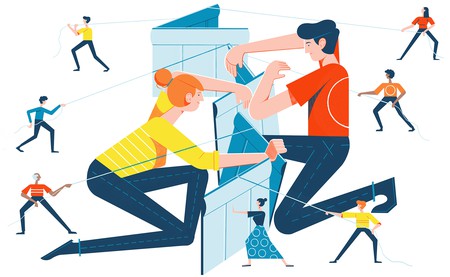 Much of the ’90s were spent trying to understand how the disparate cultures of East and West Berlin would become one, and one of the ways this was achieved was through the creation of war memorials throughout the city. These war memorials, such as the iconic Checkpoint Charlie, helped Berliners begin to articulate how the war impacted the city and Germany as a whole. In the early 2000s, Berliners confronted the most difficult impact of World War II with the opening of the Jewish Museum and the Memorial to the Murdered Jews of Europe, both of which address the genocide led by Hitler and the Nazi Party. Berlin has also installed memorials to the LGBTQ, Roma and people with disabilities who were victims of Nazism. Marred by war, the city has aimed to rebuild itself with the self-awareness needed to heal.

This article is an updated version of a story created by Brienne Pierce.