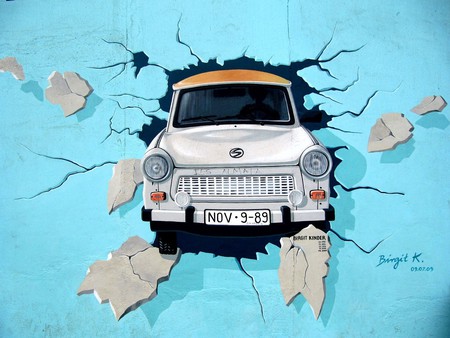 On August 13, 1961, Germans from the East and West woke up to find a wall between them. It stood there for almost 30 years as a symbol of the physical and ideological barrier that separated Berlin. For more than 5,000 East Germans its imposing structure was too much to bear, spurring them to plot their great escapes. These are 11 great creative escapes across the Berlin Wall.

The first daring escape was by a 19-year-old East German border guard, Corporal Conrad Schumann. He leapt over a 3-foot high wall of barbed wire just two days after the wall was erected. An onlooking photographer captured his leap to freedom and his image is now immortalized on Bernauerstraße where he made the original escape. 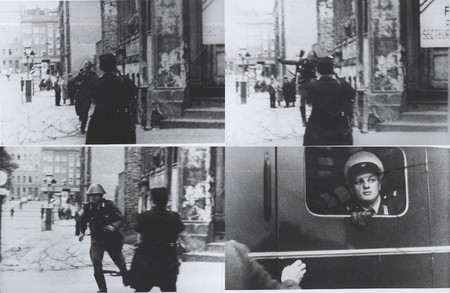 Flying in a hot air balloon

Aircraft mechanic, Hans Peter Strelczyk and his friend Gunter Wetzel, used a hot air balloon to carry themselves and their families over the wall. Strelczyk got inspiration for the daring break from an East German TV program on the history of ballooning. In 1979, after a first failed attempt, the two families made it safely to West Germany.

With help from Hugh Hefner

Some methods of crossing the border were astoundingly low tech, instead, they relied on steady nerves and a bit of luck. After realising that Munich Playboy Club membership cards remarkably resembled diplomatic passports, some East Germans were able to cross the border by flashing these cards at East German border patrol. 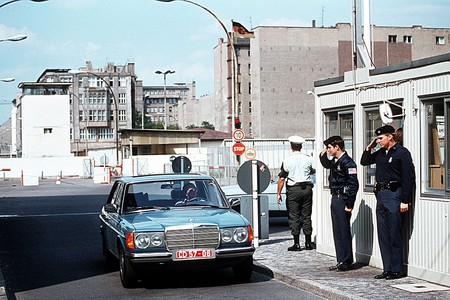 The soldier who stole a tank

In 1963, East German soldier Wolfgang Engels, stole a tank and drove it through the wall. Smashing the tank into the concrete barrier, as he cried out: “I’m getting out of here to the West, anyone wants to come along?” However, it failed to break through the wall, forcing Engels to climb out of the tank and over the Berlin Wall. He got stuck in barbed wire along the way and was shot by border guards, miraculously he was still able to make his great escape to Western soil when some West Germans came to his aid.

In the largest escape in the Berlin Wall’s history, two secret tunnels were used to get to freedom. Dubbed the “Senior Citizens Tunnel” a group of 12 people, most of them elderly, dug for 16 days until their 32-meter long tunnel brought them into the West. In 1964, 57 people escaped using another tunnel over two nights. Known as “Tunnel 57” it signaled the largest, mass escape to the West.

In December 1962, trapeze artist, Horst Klein used his skills to escape East Berlin. Climbing high above the East German border patrol guards, he scaled a disused power cable to balance his way to freedom. During his escape, Klein fell from the line, breaking both his arms, however, fortunately he landed in West Berlin. Once in the West, he told newspapers, that he had to escape after he had been banned from performing for his anti-communist beliefs. 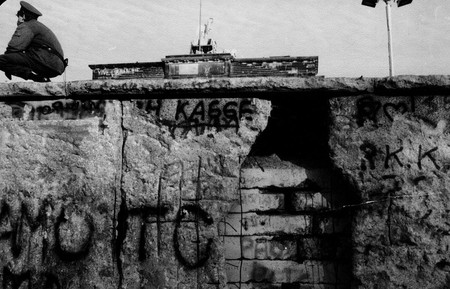 In a similar, circus-style escape, friends Michael Becker and Holger Bethke, snuck up to the attic of a five-story building and shot an arrow over to the West. Bethke’s brother, who had previously escaped to the West, then secured the line to a chimney and the pair zip lined down it using woolen jumpers.

Using an air mattress as a raft

Brother of Holger Bethke, Ingo Bethke, was the first in the family to make a daring escape. While he was serving as an East German guard, he became familiar with the banks of the River Elbe, north of Berlin. Knowing where the barbed wire and trip wires were positioned, Bethke and a friend returned to the bank in 1975 with an air mattress to silently paddle to the West.

While working in East Berlin, Austrian born Heinz Meixner fell in love with a local woman, Margarete Thurau. Authorities denied their request to be married, so fuelled by love, he plotted a risky escape to take her, and his future mother-in-law, over to West Berlin. On May 5 1963, he hired a convertible, removed its windshield and the air from its tires, to lower the car to the ground, so that it could pass beneath the steel barriers at the checkpoint. He then drove the car to Checkpoint Charlie with Thurau and her mother hiding in the back, when he reached the inspection point, he ducked and put his foot on the pedal, driving them safely into the West. 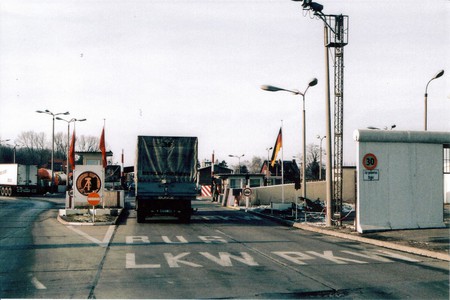 Swimming across the canal

In 1966, 18-year-old Hartmut Richter successfully made the long journey swimming from the East to the West. Swimming for four hours across the Teltow Canal, he was able to evade the border patrol and make it to the other side. A few years later he returned to East Berlin and made several trips, helping smuggle out more than 30 people in total. In 1976 he was caught by the East German authorities and sentenced to 15 years imprisonment, however West German officials were able to secure his release after four years in prison.

On a speeding train

In December 1961, a 27-year-old train engineer, Harry Deterling, used brute force to free himself, his family and 16 other people from East Berlin. Steering his passenger train, dubbed “the last train to freedom,” Deterling brought it up to full throttle and crashed it into the wall. It skidded to a stop in the West Berlin neighbourhood of Spandau, allowing its passengers leave as free men and women.