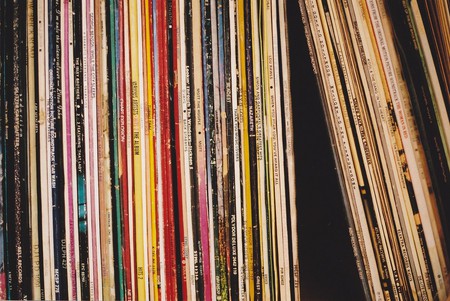 Berlin is an epicentre of culture and musical exploration. Classical music has strong roots in the city, punk music thrived amid its revolution and many musical icons have come to Berlin to find inspiration. The city is a zeitgeist and embodies a kind of cultural sanctuary, which has resulted in it being personified, captured and adored through music. This has created a sort of soundtrack for Berlin and here are the best songs on that mixtape.

Iggy Pop had a well-documented love affair with Berlin. Seeking anonymity, he retreated to the city in self-imposed exile during the late ’70s to write, record and party in what was then a divided Berlin. While here he wrote ‘The Passenger,’ about watching the world behind the glass of Berlin’s S-Bahn train. Featured on his 1977 Lust for Life album, which propelled the former frontman of The Stooges to commercial success, this song has since become an anthem for counter-culture.

David Bowie – Where Are We Now?

Seeking solace from his chaotic life in LA, Bowie also fled to Berlin for refuge, during this time he wrote and recorded the famous Berlin trilogy. Featuring huge hits such as ‘Heroes,’ these albums are largely what people consider Bowie’s tribute to Berlin. However, in 2013 he dropped a single ‘Where Are We Now?’, which revisits the city that largely shaped his career and mental health, as an older man. It’s a nostalgic stroll through the Berlin he once called home, with lyrics like ‘a man lost in time near KaDeWe’.

Unlike Bowie and Iggy, Lou Reed never lived in Berlin, however, he was inspired to pay homage to the unique city. For his album Berlin, the eponymous track perfectly draws on the paradoxical ethos of this generation divided by the Berlin Wall. The godfather of punk conjures an intensely dark and lyrically sound and, though the album was not a commercial success, it captures Reed trying something new and as such has stood the test of time.

Pink Floyd’s ‘A Great Day For Freedom’ was originally titled ‘In Shades of Grey’. It addresses the great hope that surrounded the fall of the Berlin Wall but examines the disappointment that also followed. David Gilmour, who wrote the song, summed up its sentiment stating ‘there was a wonderful moment of optimism when the Wall came down – the release of Eastern Europe from the non-democratic side of the socialist system. But what they have now doesn’t seem to be much better…I feel that real change takes a long, long time’.

Black Rebel Motorcycle Club embodies the gritty, cursive cool of Berlin, so it’s only natural that the band honour the city through their music. The second track on their 2007 Baby 81 record, ‘Berlin’ doesn’t make any particular reference to the place, however, its punchy rhythm and edgy sound are evocative of the city.

Marlene Dietrich has a turbulent relationship with her hometown of Berlin. She was known for her strong political convictions and was never one to be silenced. Setting up funds, donating entire salaries to German refugees during World War Two, she actively fought against the cultural influence of Nazism. So, the rise of Nazis in the German capital forced the star into exile, but her longing for Berlin never ceased. Perfectly captured in her heartbreaking song, ‘I still have a Suitcase in Berlin’.

Leonard Cohen is known as one of the great lyricists of the 20th century. When the Canadian-born poet put pen to paper to write about the German capital it resulted in an ominous, yet beautiful hit. Drawn to Berlin’s explosive 20th-century history, Cohen wrote his 1987 cult classic ‘First We Take Manhattan’ as a powerful critique of global ascendancy. It’s a classic hit with dark tones and Cohen signature deep velvet voice.

Like Bowie and Iggy, U2 frontman Bono came to Berlin looking for new inspiration. In 1991, the band set up in Hansa Studios, the famous recording studio in the heart of the city, to record a bold new sound for the band. The song, ‘Zoo Station’ is named after the Berlin train station – the band used the city as inspiration, creating the metaphor for a reunited Berlin and new world order.

After the fall of the wall, Berlin became a sanctuary for misfits, drawn to its underground, open-minded culture – among them the UK’s indie rock band Bloc Party. In 2007 they release the single ‘Kreuzberg’, named after Berlin’s trendy neighbourhood. The song sees the band drawing of the city’s history and landmarks to make sense of their own lives.

The Ramones – Born to Die In Berlin

The Ramones lead songwriter, Dee Dee Ramone, was born to a German mother and grew up in Berlin. His love for the city and narcotics play out in this head-banging, fast-paced 1995 single, ‘Born to Die in Berlin’.

Berlin is beloved for its gritty contemporary history and culture, and many artists draw from this to create and pay homage to the city. However, Rufus Wainwright takes his inspiration from the city’s elegant, yet wild Weimar era, drawing on its debauchery and cabaret. ‘Tiergarten’, one of Wainwright’s most enduring ballads, is set in Berlin’s large western park and swoons over the romantic era of opulence.