10 Things You Should Never Eat or Drink in Berlin, Ever 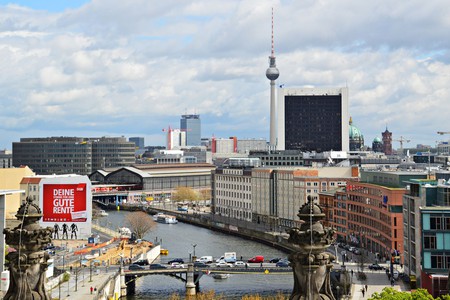 Berlin is a vibrant and exciting city | © Tobias Nordhausen / Flickr

Berlin has plenty of delicious famous dishes and culinary delights, which can be washed down with well-priced, refreshing beer. But, the German capital also has a few delicacies on offer that are less than desirable. Here are the dishes and drinks to avoid when you’re in Berlin.

This hedgehog-shaped treat looks great, but the raw minced pork dish should be avoided at some places in the city. Often served on bread rolls at buffets, it was popularly shaped and served as a hedgehog in the 1970s. Cute as it may look, if it’s prepared wrongly or stored incorrectly, this perishable dish can be deadly. 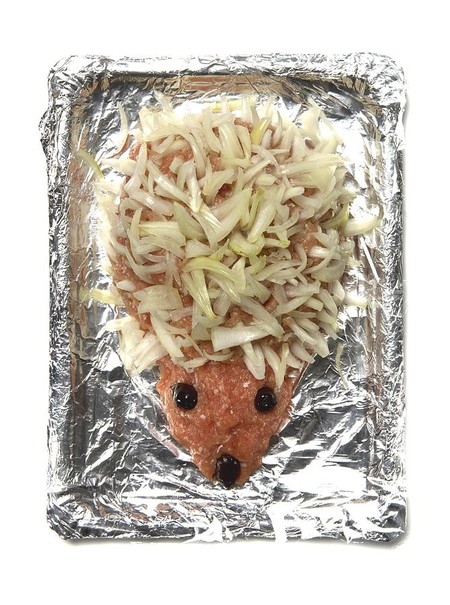 Using the word salad rather loosely, this dish is made from a sort of boiled sausage and topped with vinegar, oil, onions, cheese and sometimes some pickles for greenery. A popular meal in Germany, Alsace, Switzerland and Austria, the Wurstsalat has a kind of acquired, meaty taste, one that can probably be skipped, unless you’re seriously craving sausages. 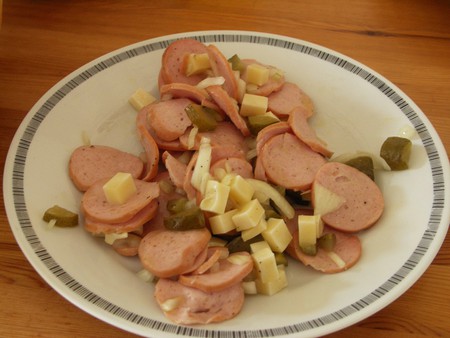 A Bavarian delicacy, baked blood is exactly what the name suggests, and is often served with potatoes and cabbage. Unless you’ve got vampiric tendencies, or you’re really craving blood, this is another one to add to the do-not-try list. 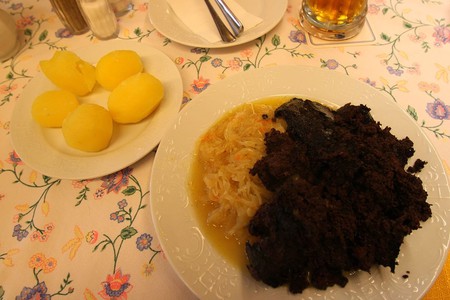 A popular hangover breakfast dish, rollmops are pickled herring fillets rolled into a picket. For fish-lovers, this traditional German treat is worth a try, but if you’re not into salty, fishy treats, it’s definitely one to miss. 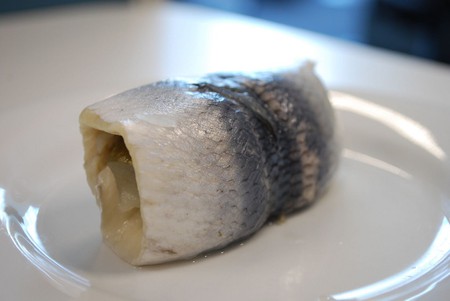 Saft-Bockwurst can be found at most Berlin supermarkets. It’s pickled sausage, and tastes about as good as it looks. 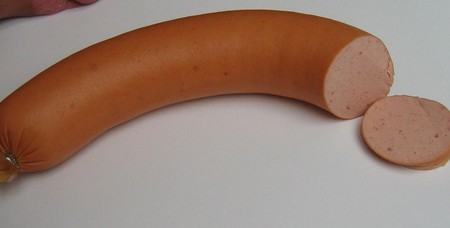 Handkäs mit Musik, meaning ‘hand cheese with music’, is a small, pungent cheese that’s not to everyone’s taste. Added to raw onions and vinegar, the dish is a strong mix of flavours that not every palate can get behind. 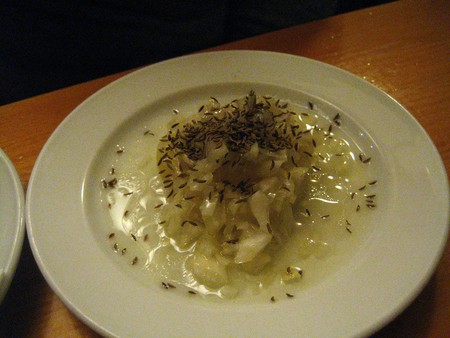 A serving of the cheese and onion dish | © Jeremy Keith / Flickr

Underberg is a German digestif made from herbs, with a strong, acquired taste. The 44% alcohol tonic comes in small bottles that can be bought from most corner shops. Strong, pungent and a little weird, unless you’re super-full it’s a Schnapps to miss when you’re drinking in Berlin. 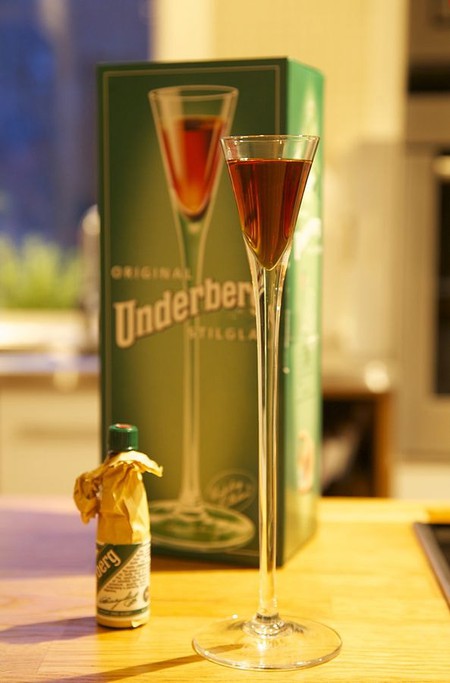 Feuerzangenbowle is a fiery, alcoholic festive German drink. Often part of Christmas or New Year’s Eve celebrations, the drink involves setting on fire a rum-soaked sugarloaf over mulled wine. It’s rather delicious, but also a little dangerous, so stick to the easy, cheap and awesome beers and cocktails on offer. 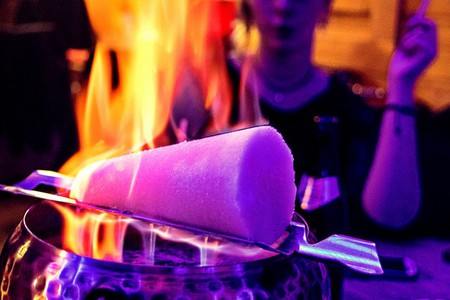 Kleiner Feigling, meaning ‘little coward’ in German, is a fig-flavoured liquor, with a tasty flavour and a powerful punch. Coming in small shooter-style bottles, it’s one to avoid if you don’t want a hangover the next day. 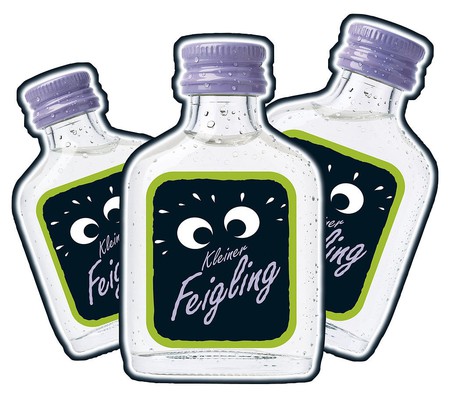 A German favourite, the Mexikaner is like a tiny Bloody Mary in a shot. The spicy tomato shot is an acquired taste and packs a powerful punch, so if you do decide to try this one, don’t overindulge. 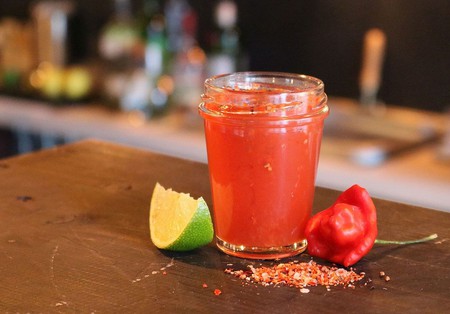 Mexikaner, a shot made of a spirit, sangrita, tomato juice and spices | © Achim Schleuning / WikiCommons
Give us feedback