10 of the Most Hidden Corners in Berlin 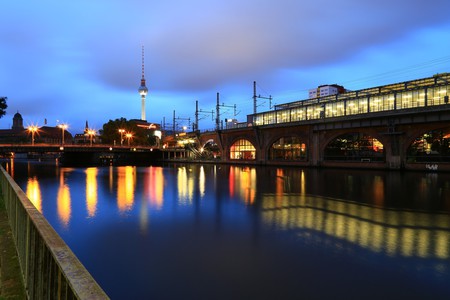 Berlin by the Spree at night | © Pascal Volk/Flickr

Many of Berlin’s natural wonders, evocative bars and local gems are hidden amongst the bustle of the city, or blanketed on its fringes. Moving beyond the German capital’s top 10 sights, and into the less well-known areas of the city, here are 10 of the most hidden corners of Berlin and the clandestine hot spots they hold. 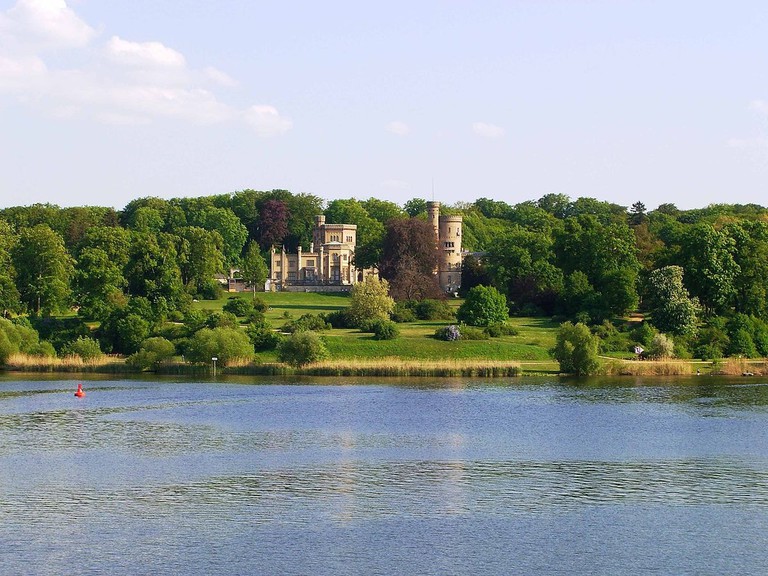 Babelsberg Palace on the outskirts of Berlin | © Times / WikiCommons
Situated on the banks of the Havel River, the 1833 castle and well-manicured surrounding gardens offer a tranquil escape from Berlin. Babelsberg Castle is surrounded by historical, architectural and natural delights including mosaics, sculptures, English-style gardens and a gothic fountain. Offering rich historical sights, lush verdant nature and a day of exploring, it’s the perfect off-the-beaten-track attraction just a stone’s throw from Berlin. 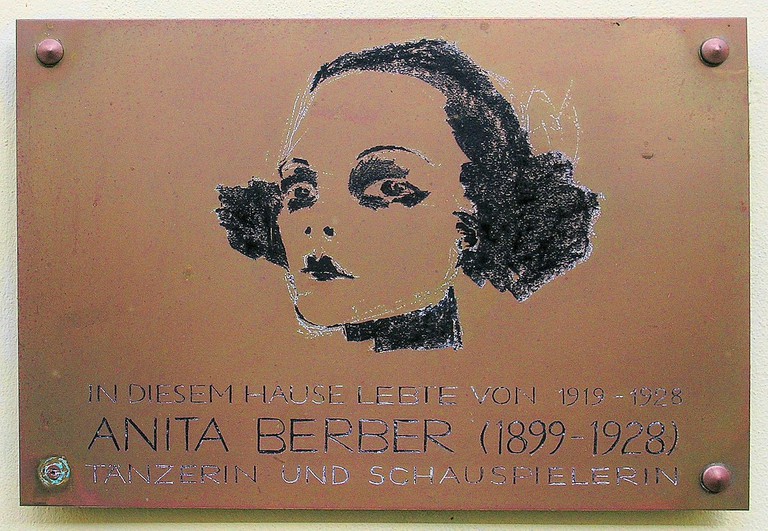 Anita Berber memorial plaque in Berlin | © Own work / wikicommons
Anita Berber is the trendy art bar hidden in the third courtyard of an industrial complex in Berlin’s up-and-coming neighbourhood, Wedding. The intimate bar boasts a 1920s style, paying homage to the notorious Berlin cabaret dancer, whom the bar is named after. With regular art events, readings and great music it’s a true local gem, and a great find in Berlin. 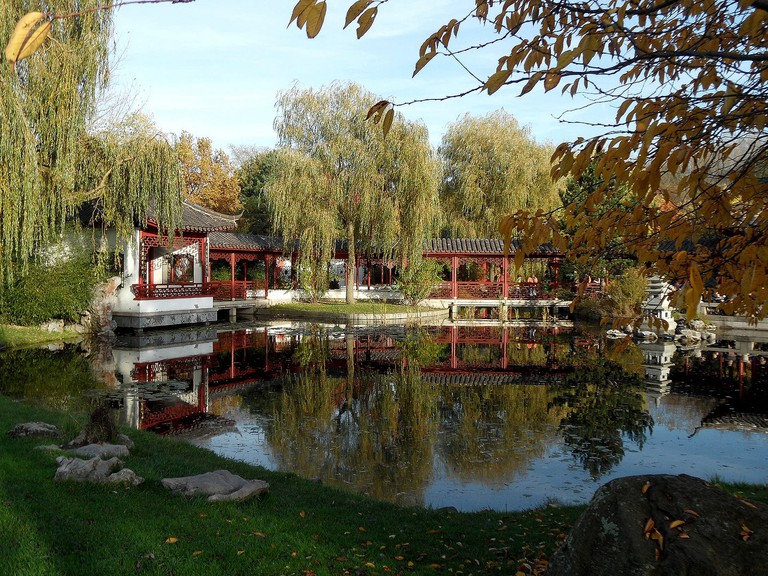 A Chinese teahouse in the Garden of the Reclaimed Moon | © onnola/Flickr
Located in Marzahn-Hellersdorf, the Gardens of the World is one of the greenest and most diverse areas of Berlin. Featuring spectacular garden art and themed gardens devoted to Asia and Europe, it’s a wonderful trip to faraway lands, without leaving the city. 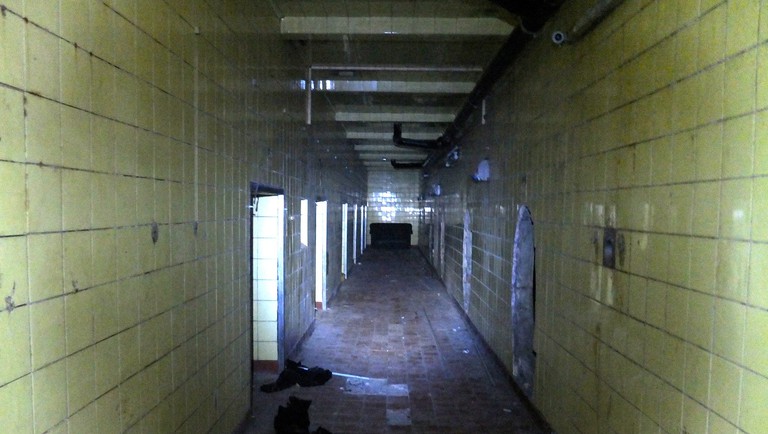 Berliner Unterwelten at Kindl-Areal Tour | © Berlin IckLiebeDir/ Flickr
Underneath the bustling city of Berlin, a labyrinth of safety bunkers from 1940s can be found. Accessible only via guided tours from Berliner Unterwelten, you can delve beneath the city and discover the twists and turns of this former safe haven. Offering a unique insight into the rich and tumultuous history of Berlin, it’s an insightful and fun experience in the city. 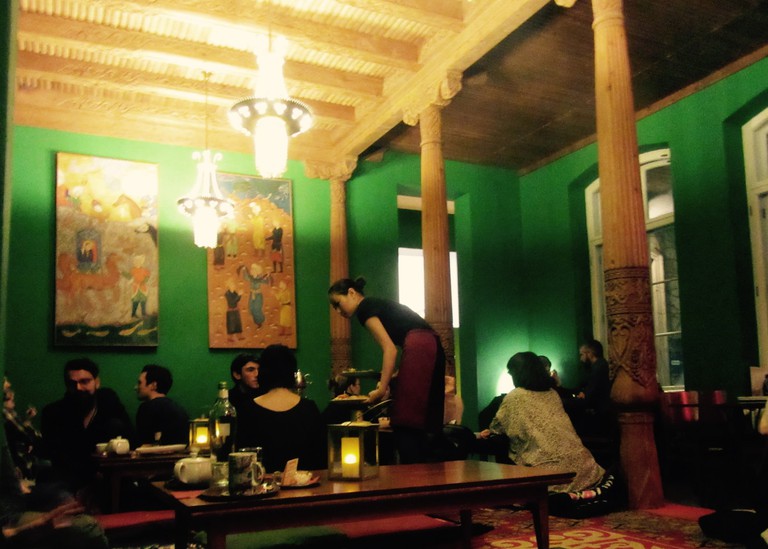 Tajikistan Tearoom in Berlin | © Akuppa John Wigham/ Flickr
Tadshikische Teestube, is an authentic, quirky, exotic tea house honouring its origins in Tajikistan. Complete with pillow seating, woven rugs and hand carved pillars, this is an unexpected find in Mitte. Hidden at the back of a courtyard in the neighbourhood, this authentic tea room offers a truly unique experience in Berlin. 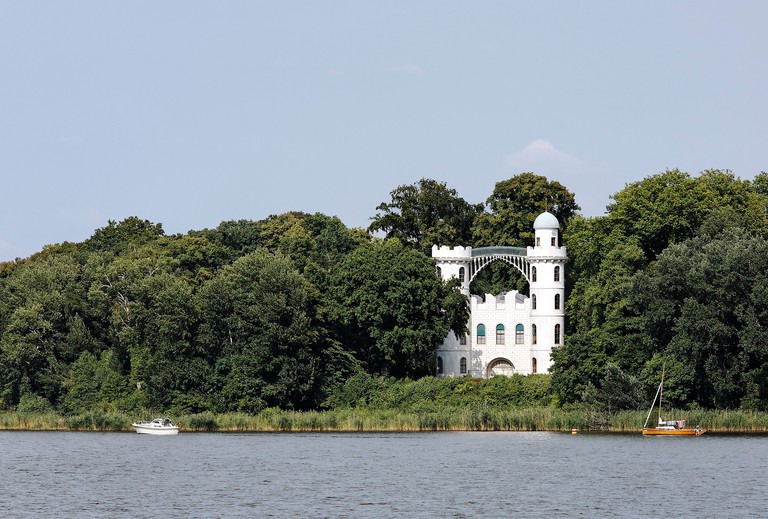 © imageBROKER / Alamy Stock Photo
Pfaueninsel (Peacock Island), is a UNESCO world heritage site and truly unique experience in Berlin. Home to a fairytale white castle, surrounding gardens and exotic peacocks. The beautiful birds wander the island and forest area at their leisure, and don’t mind a visitor or two, so head over to this magical island and uncover one of Berlin’s most charming sights. 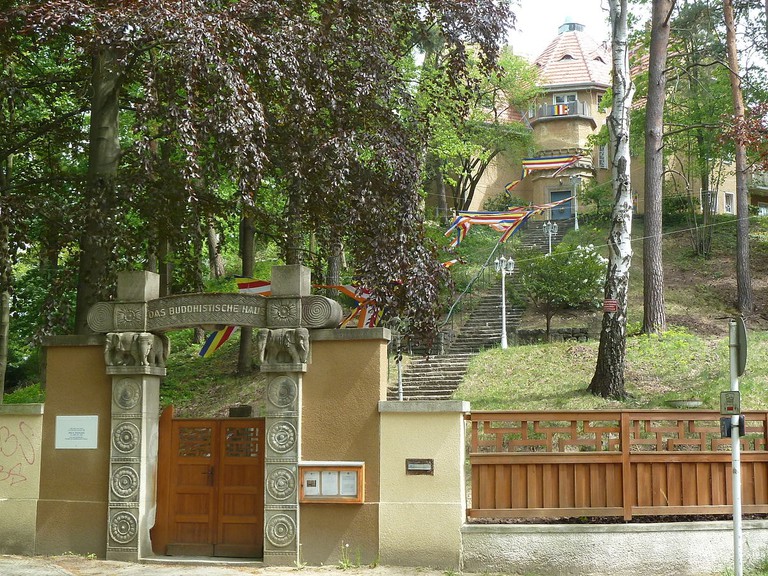 The Elephant Gate leads to Das Buddhistische Haus | © Ekem /WikiCommons
Das Buddhistische Haus is the oldest Buddhist temple in Europe, located on the outskirts of Berlin. Built on the highest point in Frohnau, Reinickendorf, the temple and house were once regarded as the most important Buddhist site in western Europe. Today, it still acts as a centre for the Buddhist religion, hosting meditation courses, guided tours and prayer sessions. Visitors can step through gates adorned with elephant carvings and climb the eight platforms that symbolise the Buddha’s eightfold path to enlightenment. Once inside they will find the house, temple and a peaceful garden. 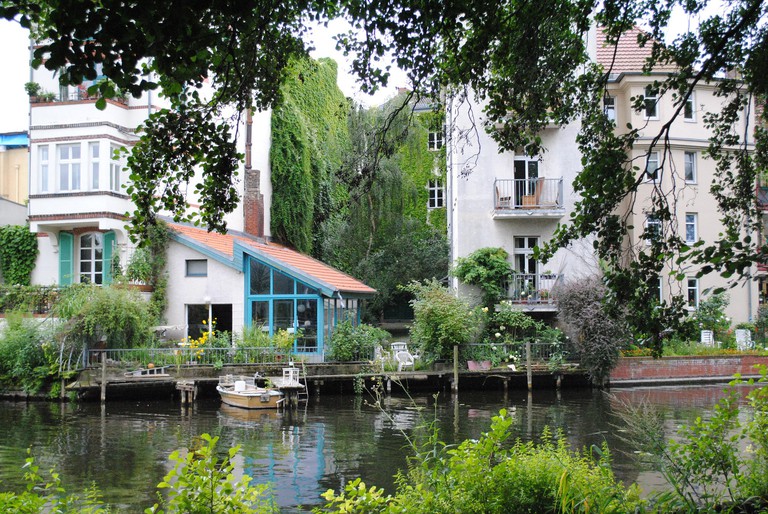 Spree-side views of Spandau | © Oh-Berlin.com/ Flickr
Spandau is five years older than Berlin and this history is palpable in its Old Town. An array of architectural styles from over the years can be found here, each telling the story of a different era. Top sights worth checking out are the gothic church, St. Nikolai at Reformationsplatz, as well as Gothic House (Gotische Haus), a rare 15th-century site. Steeped in history and natural beauty, a day trip out to Spandau is sure to delight. 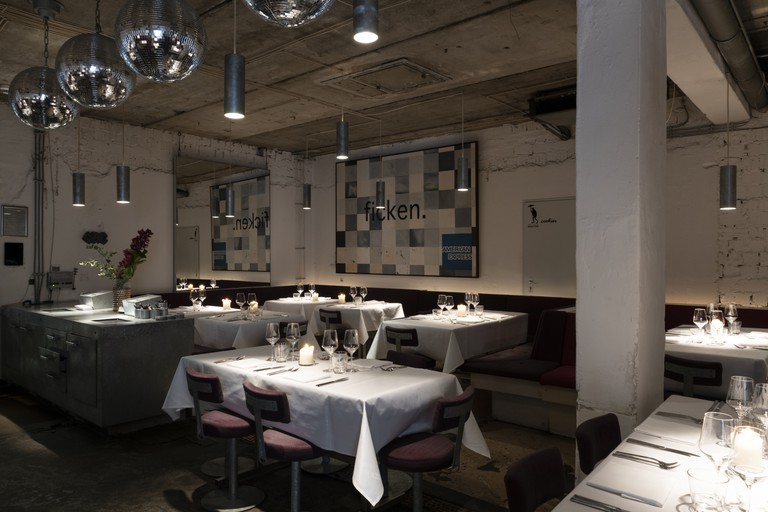 Enjoy meat-free fare at Cookies Cream | Courtesy of Cookies Cream
Cookies Cream is Berlin’s coolest, underground vegetarian restaurant. The speakeasy-style spot is the city’s high-end, secret dining haven, that even with directions isn’t easy to find. Its entrance is reached via the Westin Grand Hotel’s service alley, where visitors have to look for the illuminated path to find this industrial-chic joint. Offering the finest vegetarian and vegan meals in Berlin, it’s well worth the searching out. 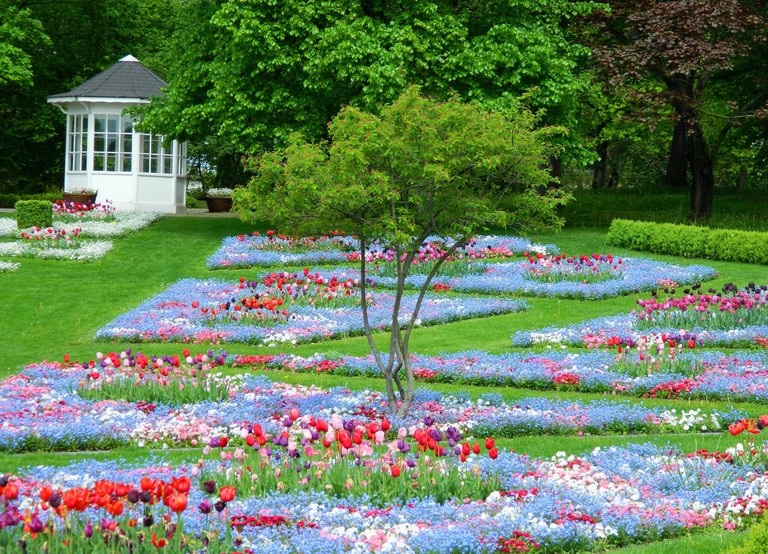 Spanning over ten hectares, Britzer Garten is a lush botanic garden housing lakes, themed gardens, animal enclosures and playgrounds for visitors to explore by foot or slow-train. You can spend hours wandering around the large, tranquil gardens, stopping to refuel at one of the in-house cafes or to pet the adorable animals. An oasis within Berlin, it’s a perfect quick escape from the hustle and bustle of the city.