The Changing Face of Berlin in 10 Movies

Over the last 150 years, Berlin has seen more changes than anywhere else in Western Europe. These films, all portraying the city at different historical points, reveal its innumerable riches.

It’s hard to fall in love with Berlin at first sight – it lacks Rome’s staggering architecture and Paris’s romantic sheen. Delve deeper, though, and you’ll find a metropolis bursting with mysteries and a stark beauty all its own.

Walter Ruttmann’s silent opus is one of the greatest films in the city symphony genre. Beginning with sunrise and a train ride, it follows a day in the life of the city. Ruttmann uses his visual gifts, sharpened by his abstract animations earlier in the decade, to create something both beautiful and chaotic. The innovative film composer Edmund Meisel wrote the accompanying score. Since a third of Berlin was destroyed during World War II, this is a captivating journey through a lost world. 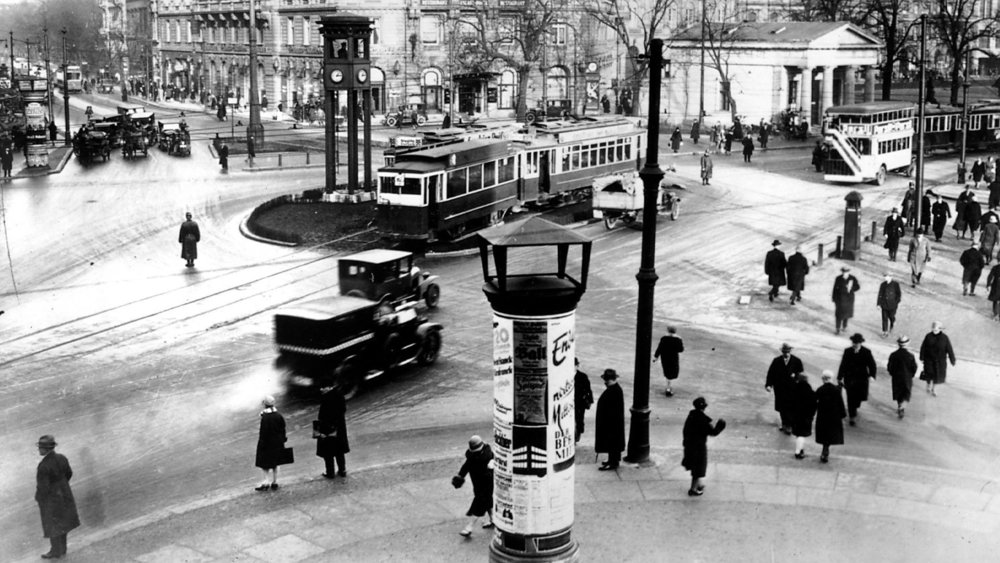 ‘Berlin: Symphony of a Great City’ (1927) chronicles a day in the German capital | © Deutsche Vereins-Film

Erich Kästner’s Emil and the Detectives is one of the most beloved books in German children’s literature. Unlike many contemporary works for children, however, it is unsentimental and realistic. The young Emil’s mother sends him to the city with money to give to his grandmother. After eating a poisoned chocolate on a train, he loses the cash, so sets off to retrieve it. Gerhard Lamprecht’s delightful but slightly noirish film is the finest adaptation of the novel. Child actor Rolf Wenkhaus’s performance truly captures the joys of boyhood friendship, while the cinematography offers a superb view of pre-war Berlin. 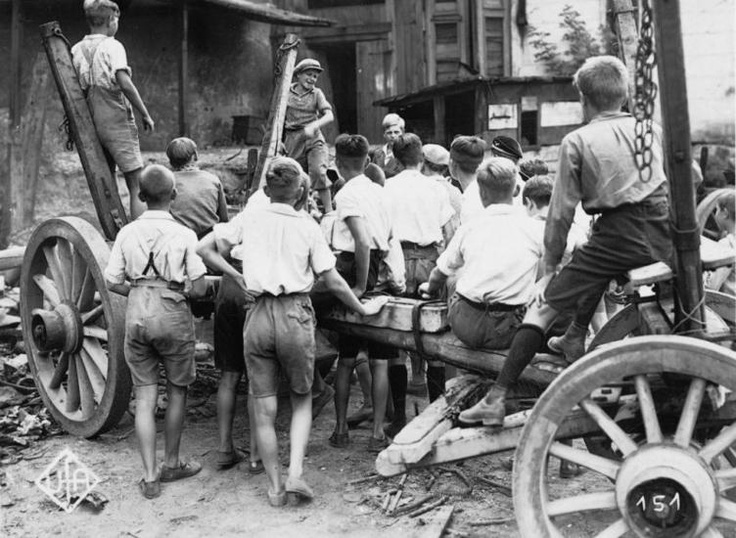 Roberto Rossellini’s Germany Year Zero offers cinema’s most penetrating glance at the devastated city. Edmund Moeschke plays a boy trying to help his ailing family through small jobs and black-market tasks. Eventually, he makes a fatal mistake that scars his life. The film is an essential document of life in Berlin between the war and the Wall. 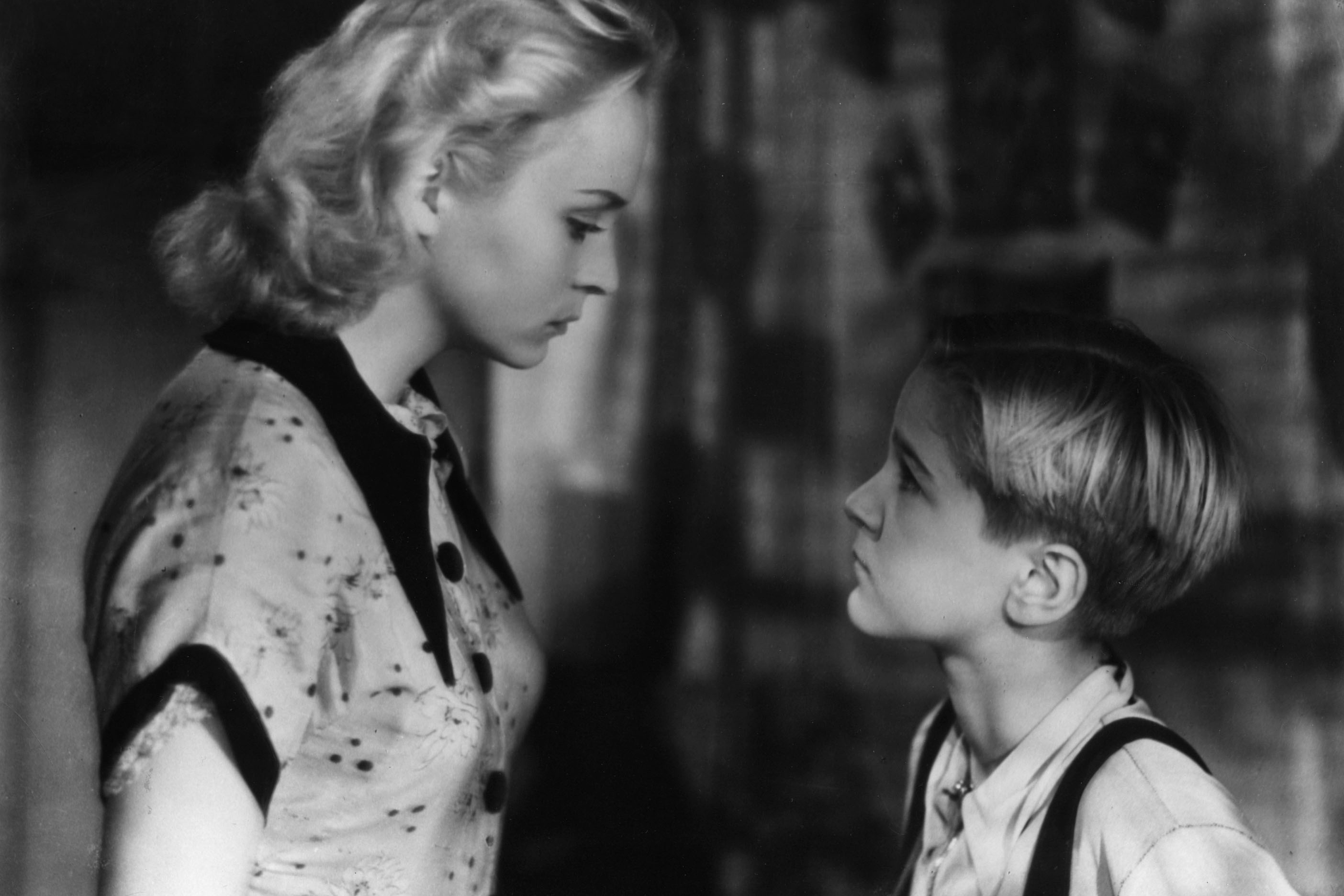 Because of the city’s tumultuous recent history, few great comedies are set in Berlin. One, Two, Three, directed by Billy Wilder, applies the screwball energy of the filmmaker’s Some Like It Hot (1959) and the acerbic satire of The Apartment (1960) to pre-Wall West Berlin. James Cagney’s CR ‘Mac’ MacNamara is a Coca-Cola executive who becomes embroiled in the affairs of his boss’s daughter, Scarlett (Pamela Tiffin), and her apparently Communist lover, Otto (Horst Buchholz). Wilder unleashes comedy on a world in thrall to international Capitalism and post-war politics.

Cabaret is a loose adaptation of Christopher Isherwood’s novel Goodbye to Berlin (1939). In 1931, English writer Brian (Michael York) moves to the city. He soon becomes entwined with the American entertainer Sally Bowles, sensationally portrayed by Liza Minnelli, and experiences the decadence and decline of the Weimar Republic. Nearly all the songs, composed by the legendary duo Kander and Ebb, are set in the cabaret club. The one exception – ‘Tomorrow Belongs to Me’, sung by Hitler Youth in a biergarten – chillingly warns  of the Nazis’ rise to power. 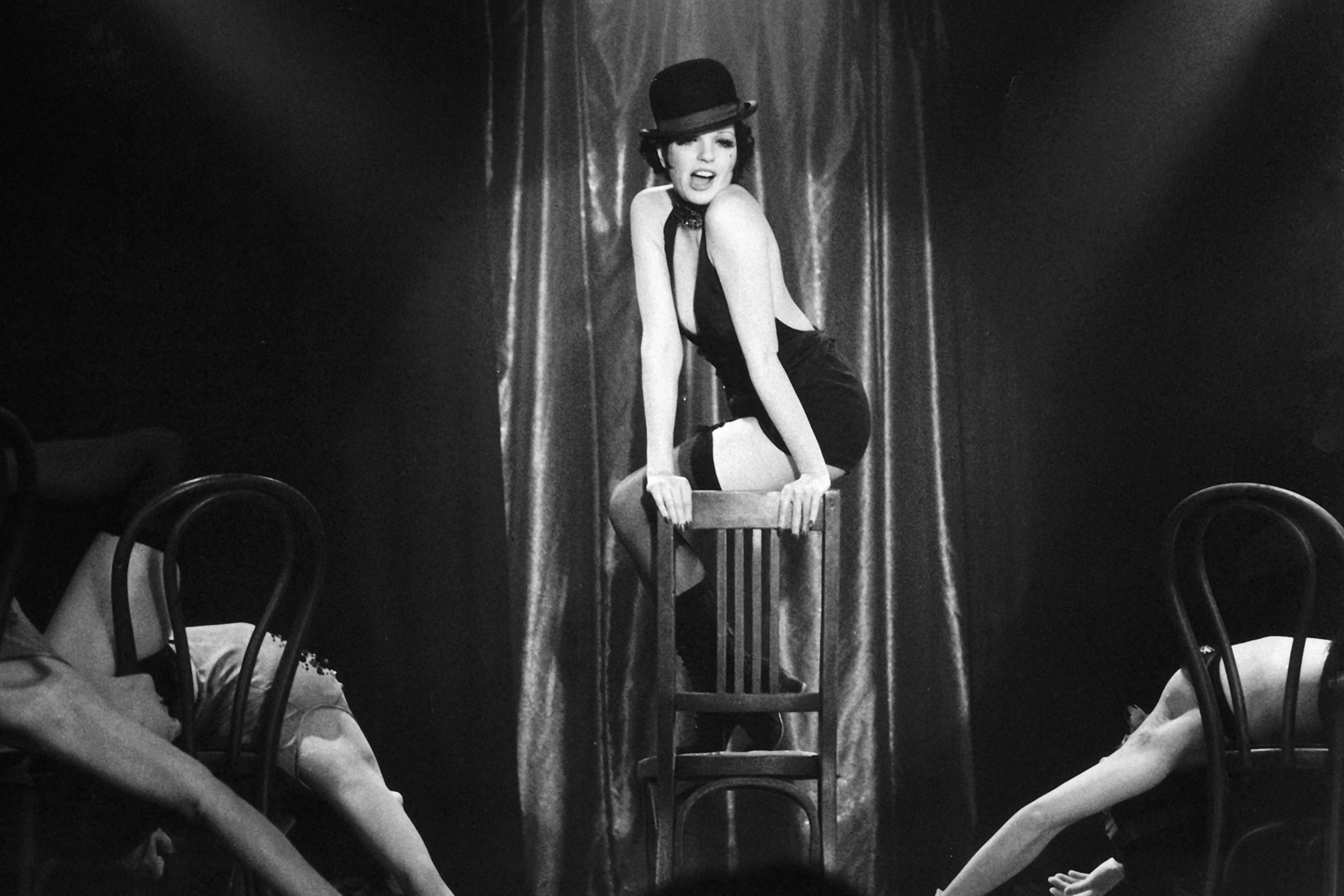 Initially adapted as a 90-minute feature in 1931, Alfred Döblin’s novel Berlin Alexanderplatz (1929), revolutionary in its prose style, is one of the greatest works of German Modernism. It was fitting, then, that it was newly adapted by Rainer Werner Fassbinder, the country’s most revolutionary director since the silent era. Fassbinder gave the story 15 and a half hours to breathe – which was at the time the longest length of any fiction film. Initially broadcast as a television series, it has become enshrined as a singular film experience since its restoration in 2007 and offers a panoramic view of Weimar Berlin’s seamy underbelly, deploying a mixture of Naturalist and Surrealist techniques. 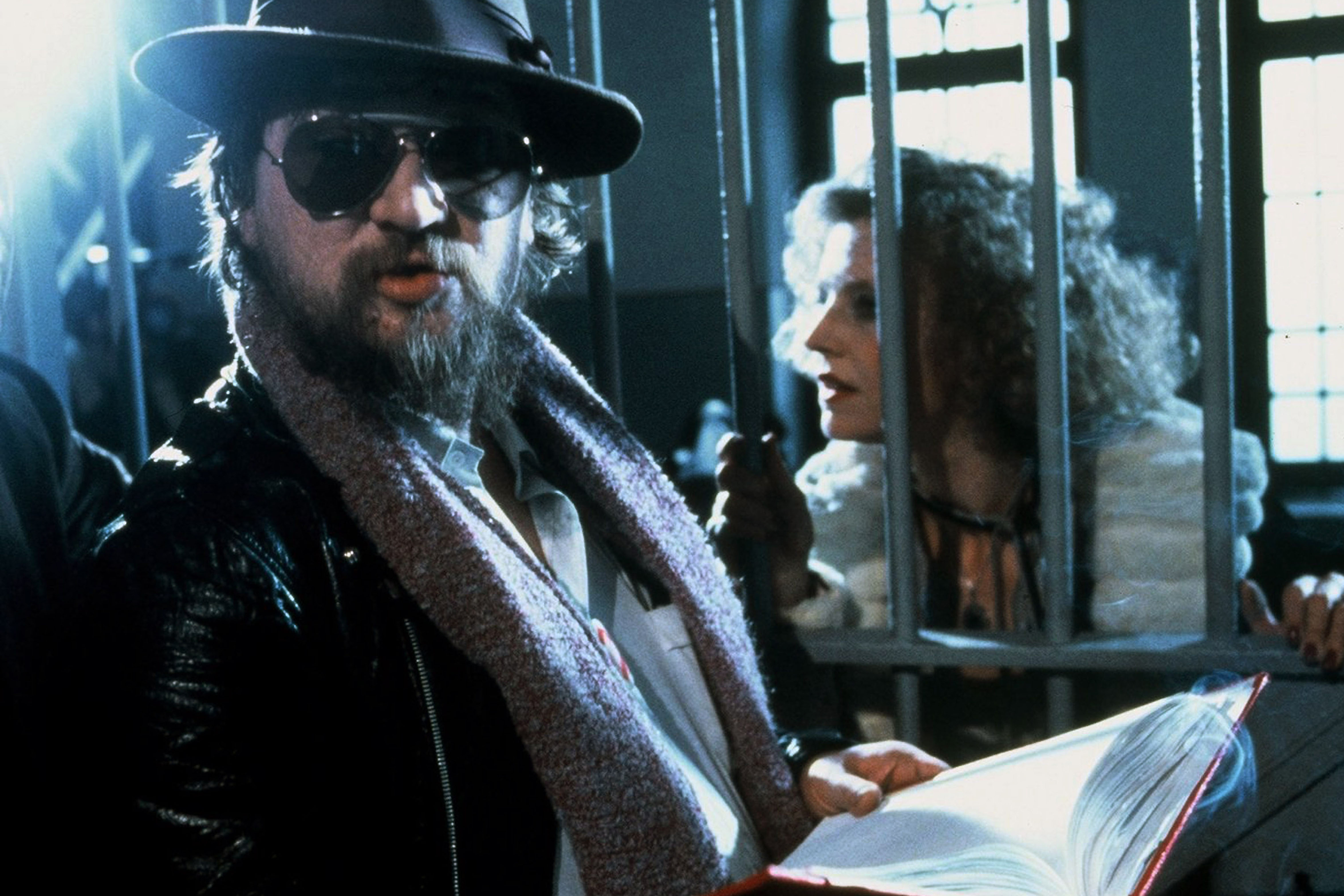 In 1978, two journalists met a 15-year-old girl at a West Berlin court. She was a witness in the trial of a man who traded heroin for sex with underage girls. After interviewing her for two months, they published a book chronicling her fall into drug abuse and prostitution. A few years later, director Uli Edel transformed her story into this film. Despite its bleakness, however, it remains enthralling, partially through Natja Brunckhorst’s assured performance as the vulnerable teen. David Bowie compiled the soundtrack from songs from his own ‘Berlin Trilogy’. 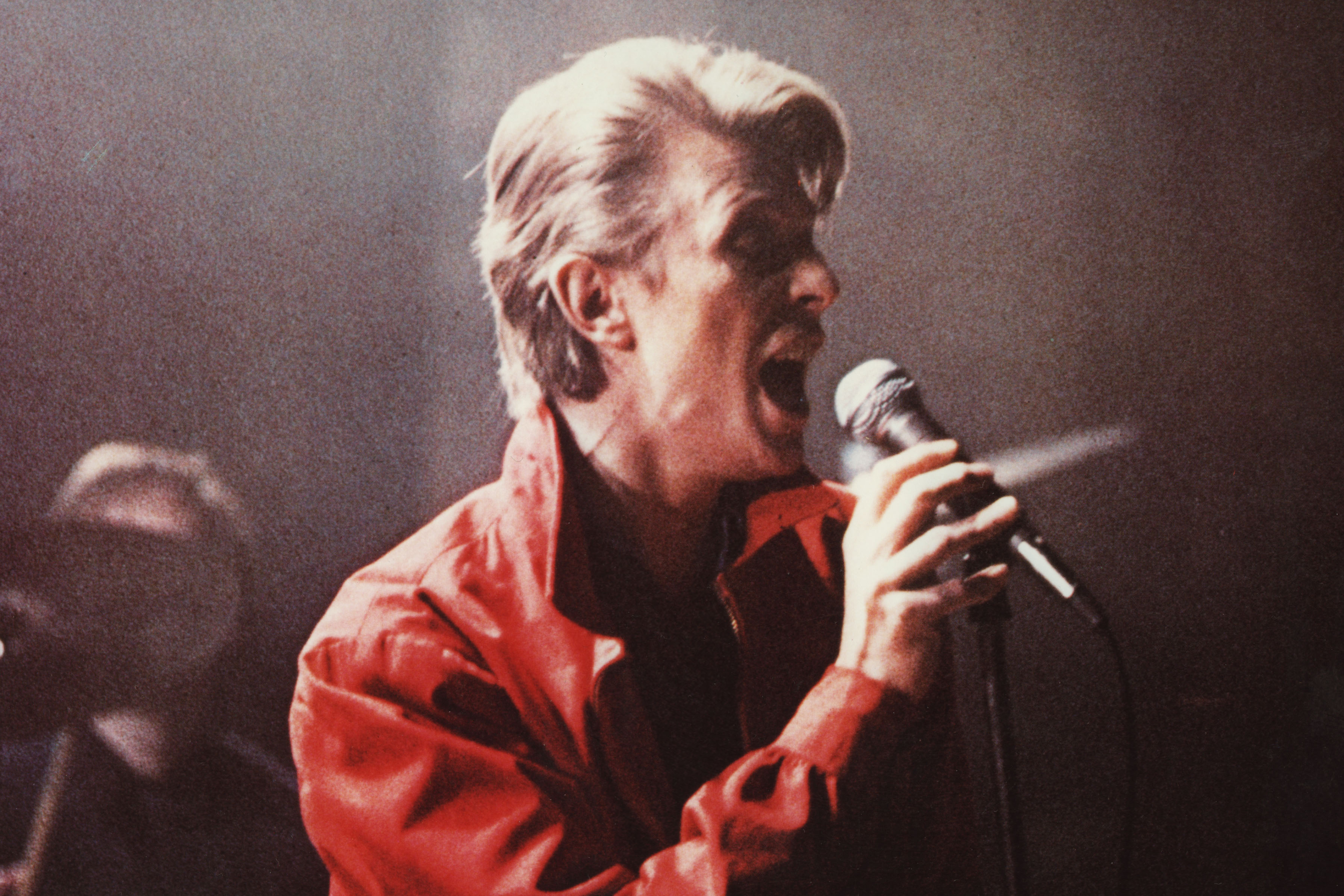 Damiel (the astounding Bruno Ganz) and Cassiel (Otto Sander) are angels tasked with observing the inhabitants of West Berlin towards the end of the Cold War. Unable to do more than read the thoughts of Berliners, Damiel eventually starts to desire real interaction. When he encounters lonely acrobat Marion (Solveig Dommartin), he crosses over into the human world. Wim Wenders’s Wings of Desire is a meditative roam across Germany’s bisected capital. Cinematographer Henri Alekan helped Wenders achieve a rare beauty and grace through elegant panning shots and incredible use of local architecture. 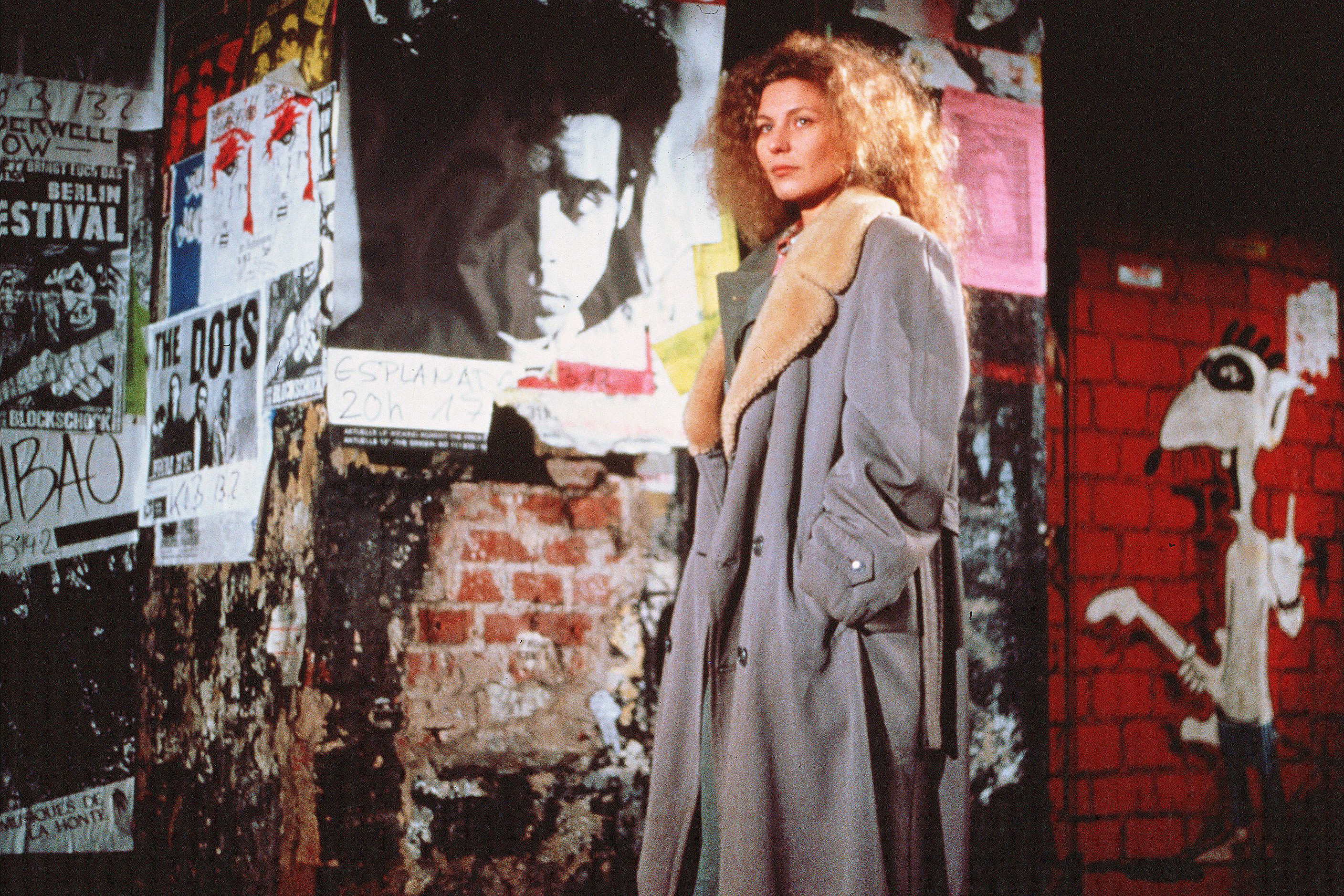 When he is arrested for demonstrating against the Soviet government, Alex Kerner (Daniel Brühl) inadvertently causes his mother Christiane (Katrin Saß) to suffer an almost fatal heart attack. When she wakes up eight months later, the Berlin Wall has fallen and the country is on the path to reunification. Alex, along with his sister Ariane (Maria Simon) and girlfriend Lara (Chulpan Khamatova), strive to convince the ailing mother that nothing has changed during her coma. Much of the action takes place in the city’s Plattenbauten housing blocks and on the monumental Stalinist boulevard Karl-Marx-Allee, which contribute to the film’s stark beauty. 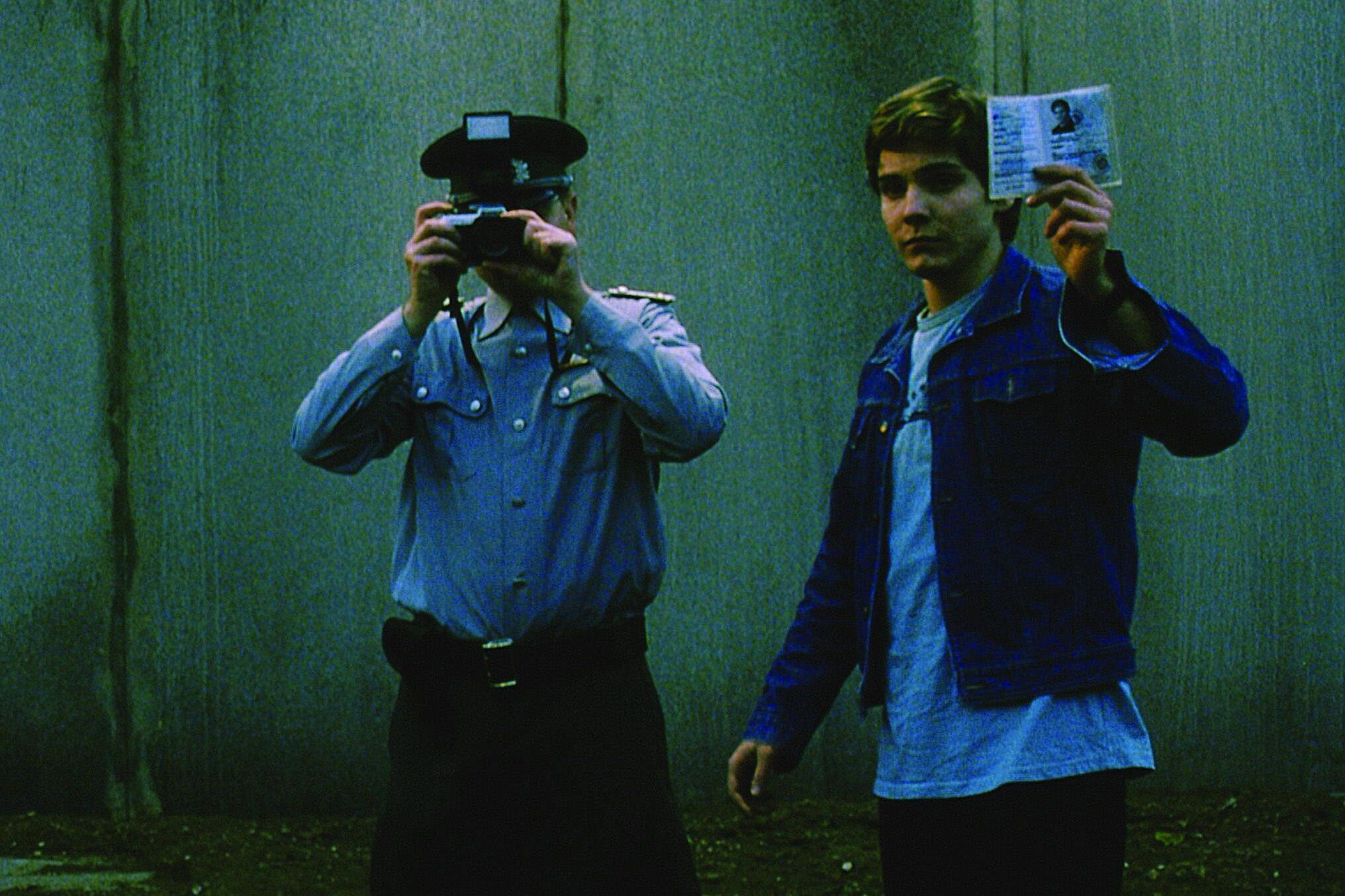 ‘Good Bye Lenin!’ (2003) is set against the backdrop of the fall of the Berlin Wall | © Snap Stills/REX/Shutterstock

German cinema has generally been slow to deal with its post-war past. The Lives of Others was the first significant drama to depict East Berlin’s final years. Director Florian Henckel von Donnersmarck’s script casts a sympathetic eye on both the oppressed and their oppressors. Ulrich Mühe stars as Gerd Wiesler, a Stasi agent who becomes entangled in the romantic lives of playwright Georg Dreyman (Sebastian Koch) and actor Christa-Maria Sieland (Martina Gedeck) while spying on them. Despite a sentimental climax, its grey, muted cityscapes and subtle emotional resonances create a gripping picture of the divided city. 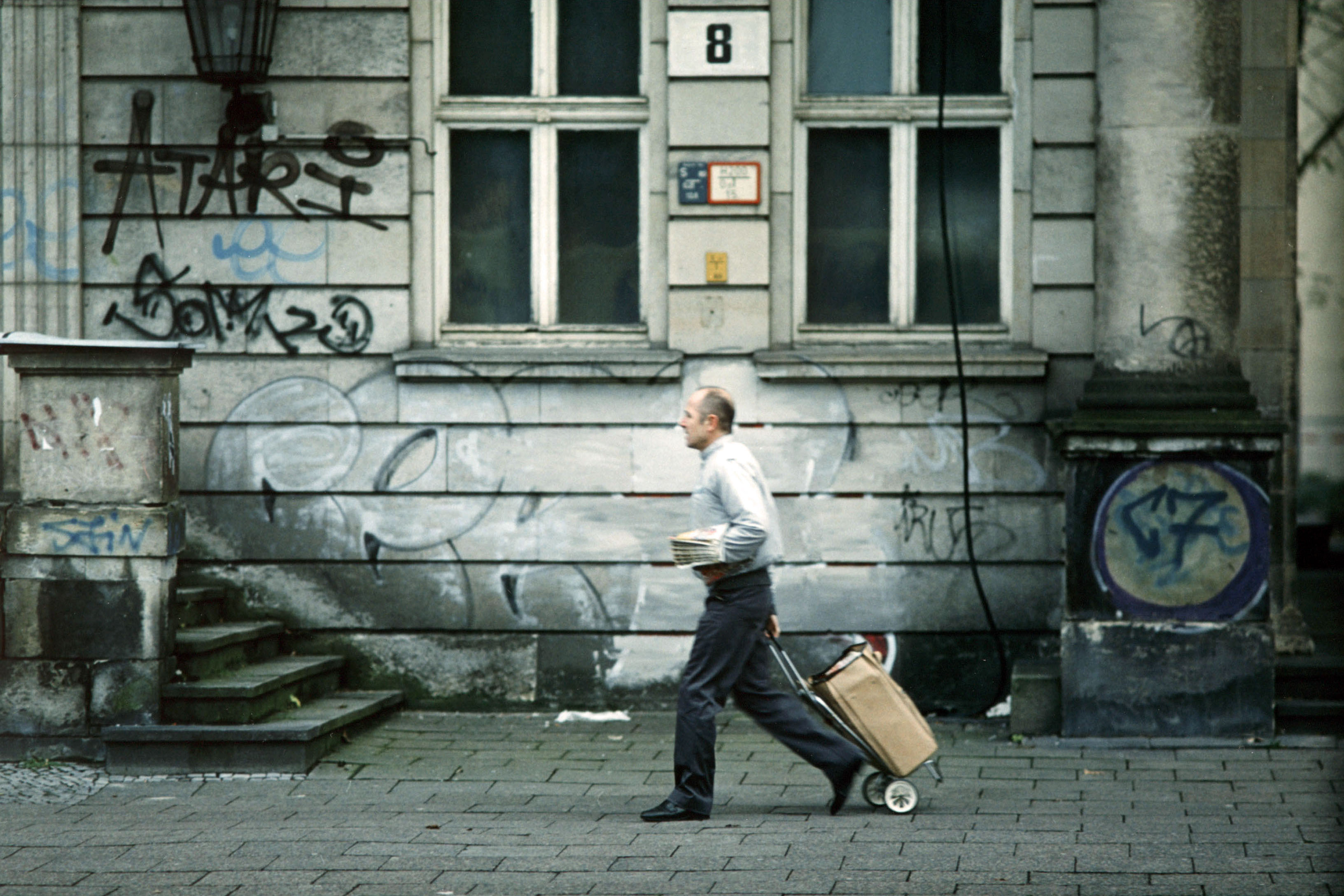