10 Bars with the Best Music and DJ Sets in Berlin

DJ | © arturografo/Shutterstock
If it’s not a Sunday night, then the Berlin bars will most likely be brimming with Berliners trying to get warm. With beers and drinks so reasonably priced, it becomes hard to rationalize why you shouldn’t go out and meet some people in one of the very many bars. There is certainly more than a handful of locals who don’t have to wake up too early the next morning, as the city is genuinely relaxed and slow paced. If you’re looking for a bar where most of the DJs are spinning vinyl from music across the globe, then here are some of our local recommendations.

Bar, Pub, Pub Grub
Madame Claude is known for its topsy-turvy decor | Courtesy of Madame Claude
Madame Claude is a uniquely decorated dungeon that has flipped everything upside down, literally. Okay, not everything, but there is definitely a chair or two nailed to the ceiling, signs upside down, and lots of other curious details to scout out. Monday nights they have experimental shows in their basement, and Thursday night they usually have a cool DJ on board playing the Jesus and Mary Chain, or Devo. Don’t be alarmed when it looks like a ghost town in front of this Kreuzberg bar, they might have very grumpy neighbors that call the police whenever they hear a human voice on the streets after 10PM.
More Info
Open In Google Maps
19 Lübbener Straße, Bezirk Friedrichshain-Kreuzberg Berlin, Berlin, 10997, Germany
+493098442730
Visit website

If you like a bar with a low-key ambiance then this might just be the place for you. There is often some African drum music lightly beating from the speakers, or some obscure Iranian band whose name you may have trouble pronouncing. The Kreuzkölln bar has graffiti-type murals on the walls where the paint may or may not be peeling off. The décor in Mama Bar is true to the Berlin bar aesthetic, mismatched furniture, sofas that may have been found on the street, and tables that may be too high or too low depending on what type of chair you caught.

Not only does this bar have a far-and-wide beer selection unique to the typical Berlin bar menu, but they ALWAYS have cool music playing. Sometimes you can catch a show in the backroom, or a monthly poetry open mic night. If there isn’t a DJ scheduled for the evening then the Keith bartenders on board will surely play some Shazam-worthy songs to zap and catch. You don’t have to be shy about not speaking German in this bar, as most of the bartenders come from outside Deutschland. 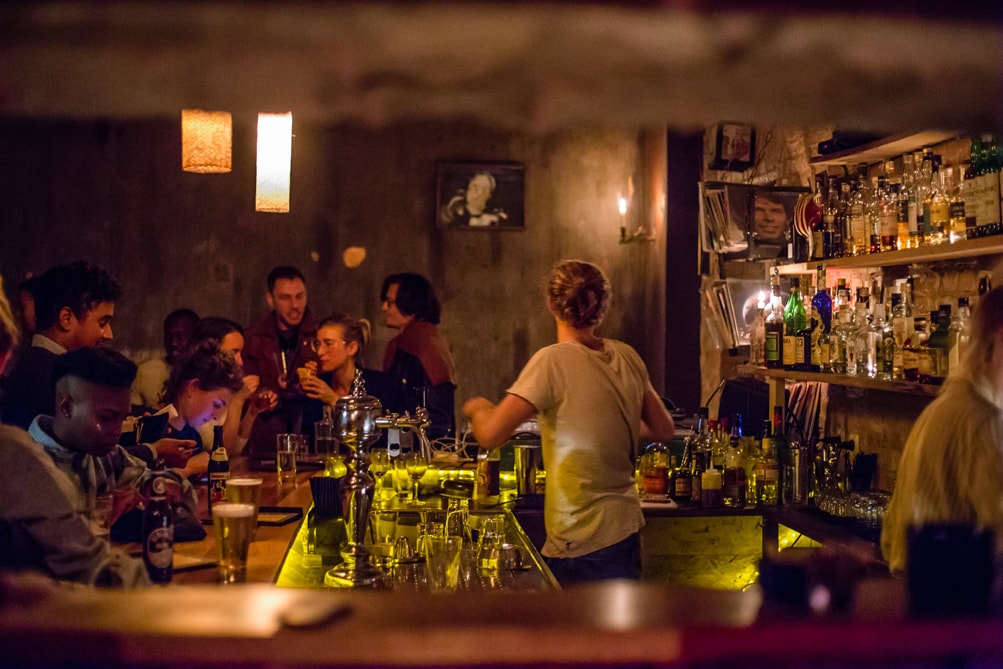 For those of you interested in exploring the Berlin jazz scene, this is certainly a sweet spot to check out. On Tuesdays they have acoustic sessions, followed up by Friday night jazz sessions, and Saturday night jam sessions. Wait what? Yeah, that’s right, on Saturday night anyone is welcome to grab an instrument and jump into the jam. This is not your typical Neukölln scene, but it’s not in Neukölln, it’s in Wedding, which could explain the difference in atmosphere. If you’re into jazz and into expanding your typical Berlin horizon, Bei Ernst is a place you wont want to miss. 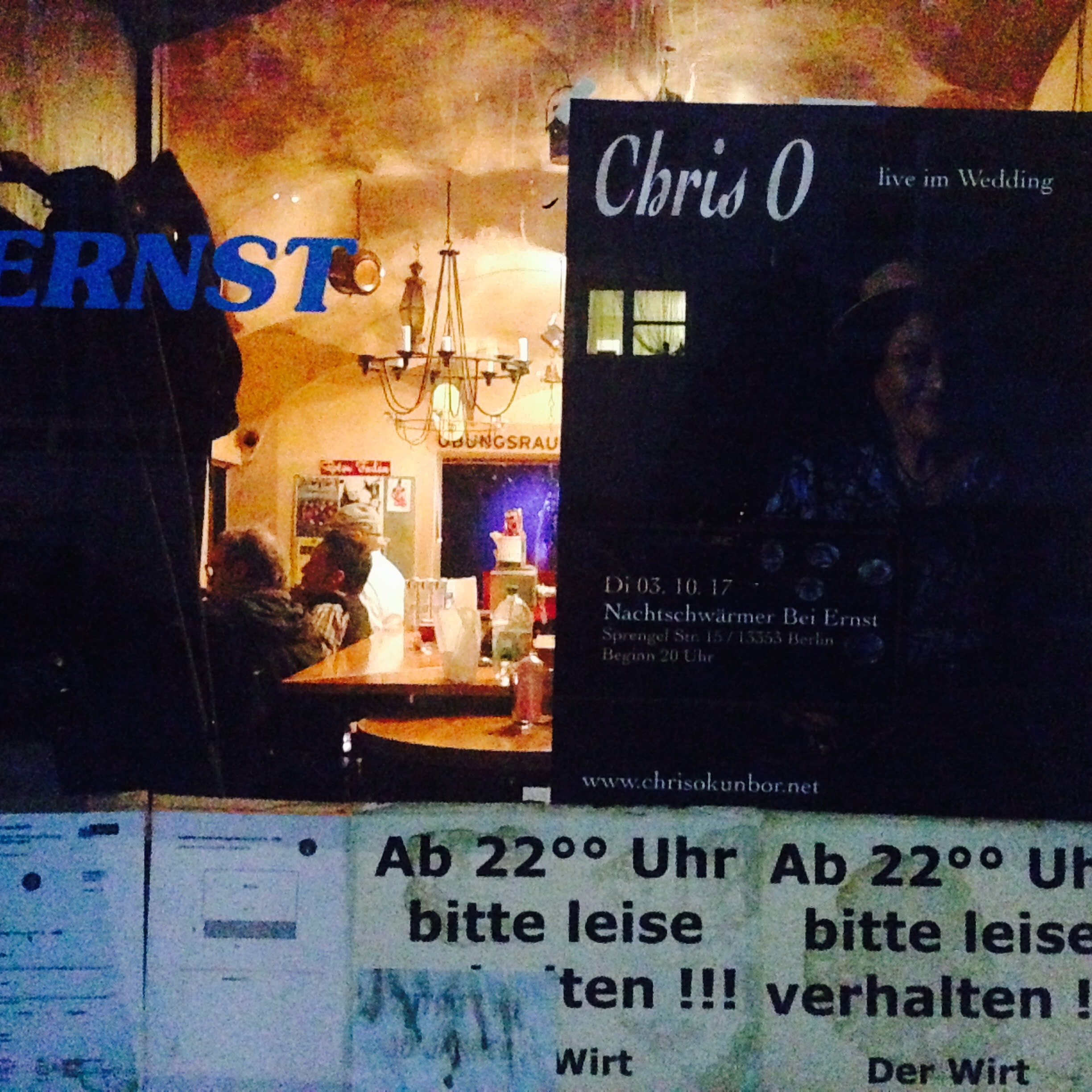 Barry Burns of the band Mogwai is one of the owners of this Neukölln corner bar. They have managed to use the space quite creatively, squeezing in some exhibitions, a jukebox, and a kitchen to offer some tasty bar food. The jukebox owned by Das Gift is not your regular jukebox, as it is filled with both songs of the past and songs of the now. It’s not all that uncommon for musicians like Molly Nilsson to mix in a DJ set every now and then, and don’t forget to try out their whiskey, they’ve got some real nice ones behind the bar.

In this art space you can hear a host of musical sounds. Acud often invites musicians from all over for performances and live DJ sets. The entrance fee for this venue can range from 8-10 euros, but it’s worth it. There is always a hot and sweaty after-party with guaranteed dancing. So, if you’re looking for a place to dance, but you’re not totally sold on the techno thing, try Acud, but make sure to check out their lineup before you head over to this Prenzlauer Berg joint. 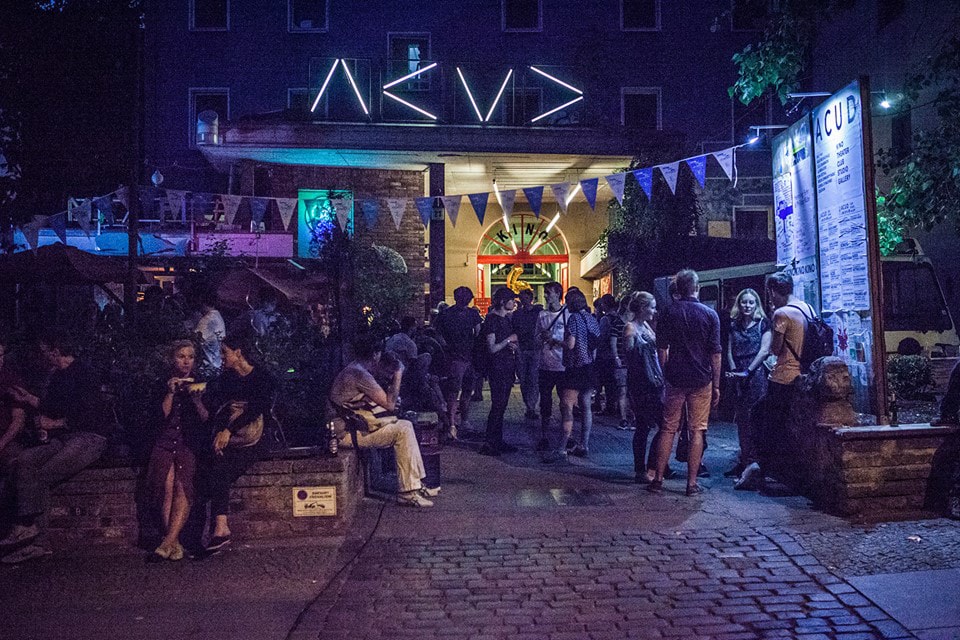 This bar is a good alternative to the electronic music scene that has been overtaking Berlin headsets. You can catch a live show with a psychedelic underwater video projected on, or behind, the band performing. Inside 8mm, a DJ set can include anything as obscure as Foxtrot Sierra, neo-psychedelia-type music like Full Moon Fiasco, and, of course, The Brian Jonestown Massacre. 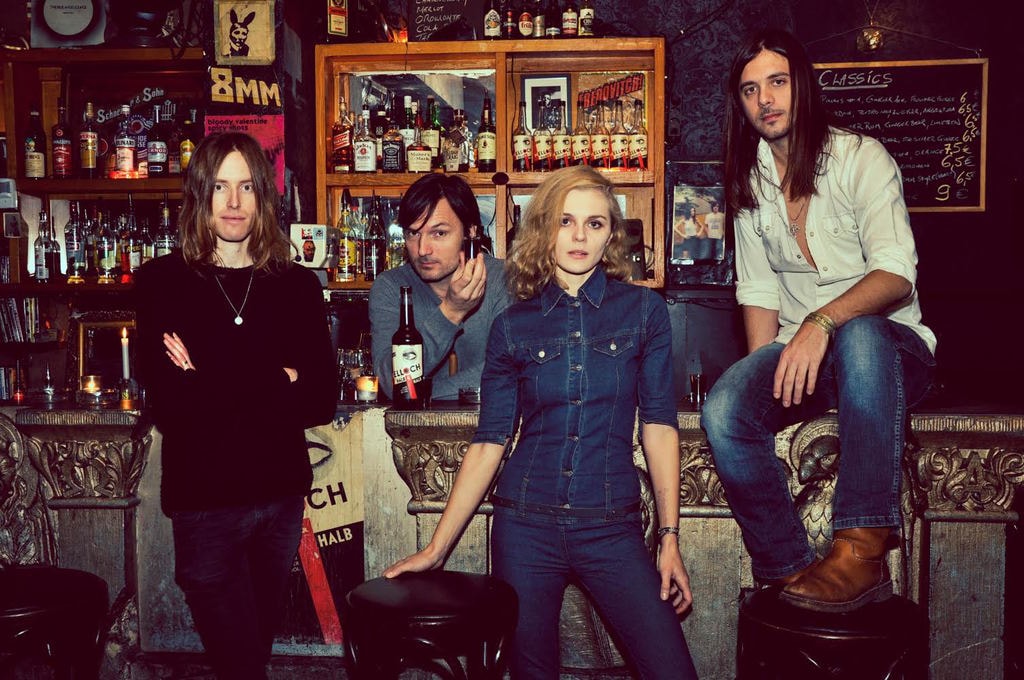 Bar, Contemporary
This Neukölln bar is a joint where London meets Berlin in a fashionable car crash. Its romantic, exotic, and what some would call a trashy-but-trendy aesthetic. You can catch some live shows in the bar room, or a stuffy but wild dance party in their keller (basement). From Tuesday-Saturday, they have a live radio show in the afternoon until the late night hours. You can listen to past shows on their website to get a better feel for their vibe.
More Info
Open In Google Maps
10 Richardstraße, Bezirk Neukölln Berlin, Berlin, 12043, Germany
+493070121060
Visit website

Heiner’s Bar is universally awesome. Okay, maybe that was an exaggerated, and not entirely objective claim, but nonetheless, an unpretentious bar with a great ambiance and atmosphere. They usually have a DJ spinning vinyl with all sorts of unexpected genres. Be it Japanese new wave, or ’90s hip hop, they will play certifiably good tunes, and if you’re lucky, you can catch a live performance from a local Berlin band. 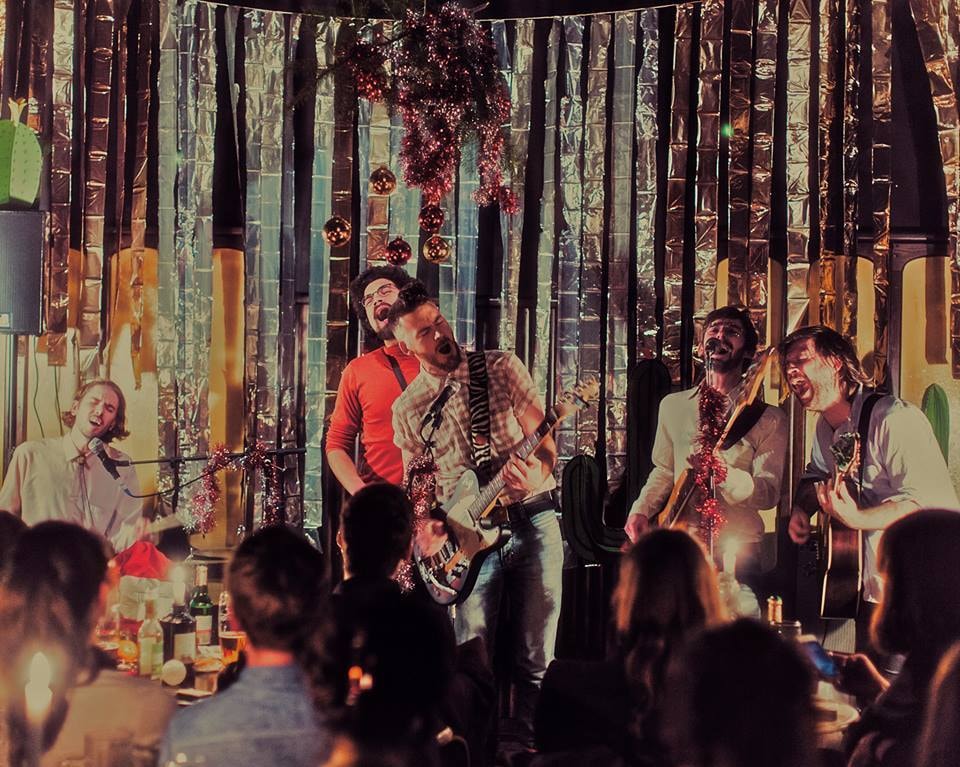 O Tannenbaum came and went, and came back again because the Berlin locals could not do without this Belgian beer bar. Their music, live shows, and DJ sets promise to transmit fine-tuned vibrations to get you dancing, if you feel like it, or ordering more beer than you had expected for a standard weekday evening. If you arrive and the crowd seems thin, just wait for it, a drink or two later you may find it above its capacity limits. 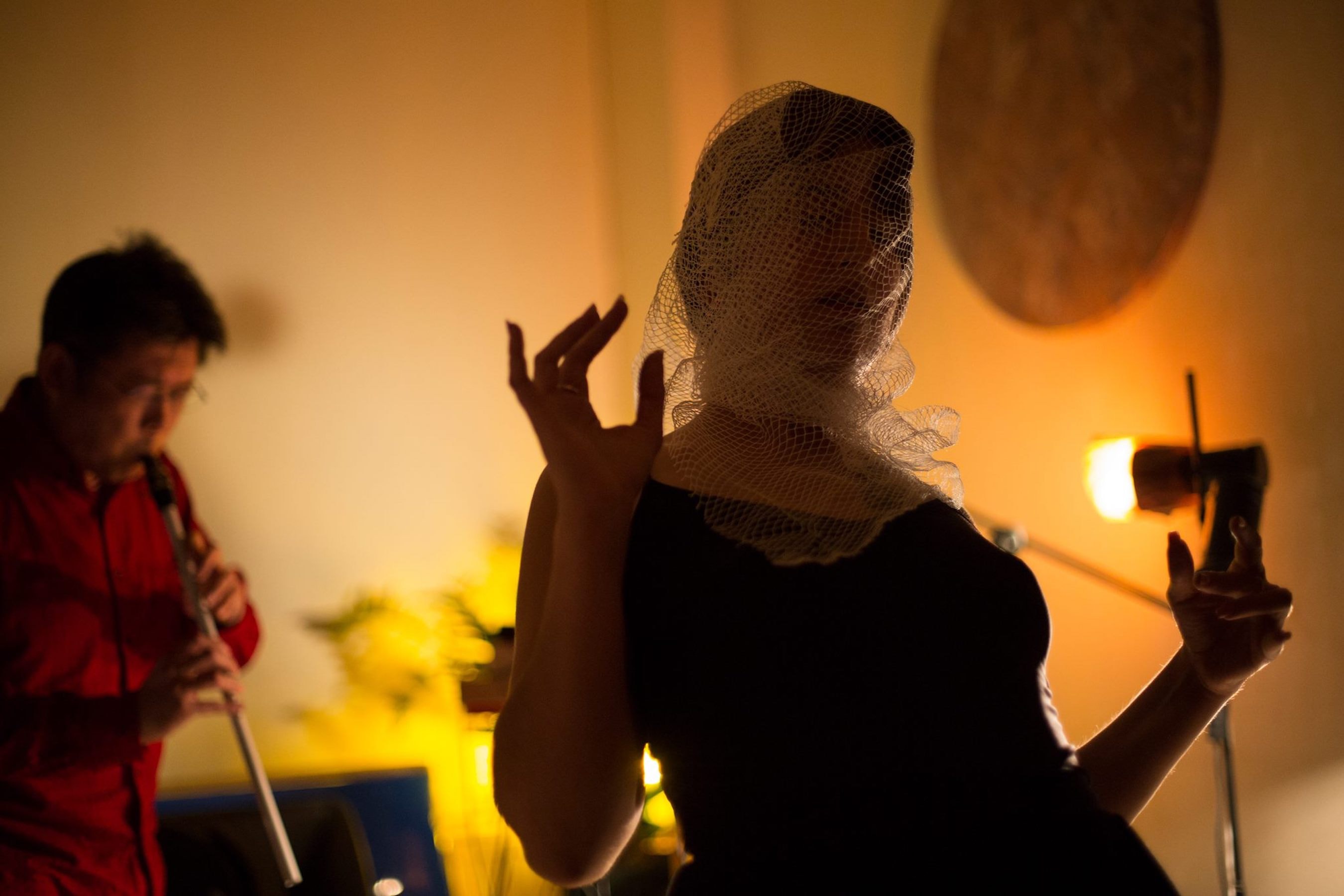