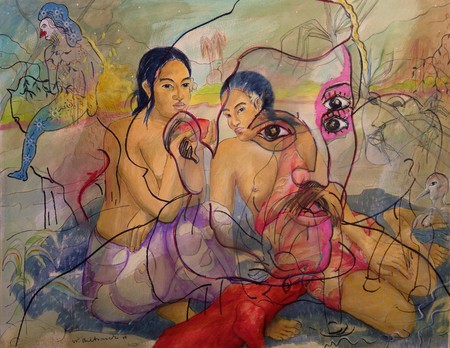 The line between genius and madman is thin. Some creative masterminds have toed the line in their journey, while others have fallen off the cliff. It’s hard to say where Wolfgang Beltracchi lies along this imaginary spectrum. It’s irrefutable that the man can paint, but at the bottom of his paintings are the names of the artists he’s imitated — Max Ernst, Pablo Picasso, Paul Gauguin —, not his own. He made millions of euros selling his forgeries. Is Wolfgang manipulating the art market by demonstrating its fragility, absurdity, and bloated subjectivity? Was this all a clever social experiment?

Wolfgang Beltracchi, born Wolfgang Fischer, was not always a long-haired man who looked like he rolled around at Woodstock. Wolfgang was born in 1951 in Höxter, Germany, and painting was a part of his early ecosystem; his father was a muralist and an art restorer. Wolfgang went onto art school in Aachen to pursue this lifelong passion. 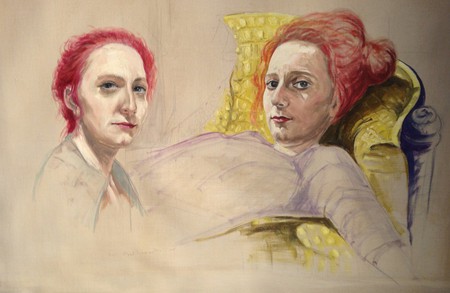 Beltracchi did things a little differently. Instead of flat-out forging works that already existed, he created new pieces inspired by great painters. Beltracchi imagined what these artist would have painted and sold these ‘homages’ as lost or undiscovered works. Maybe he thought he was channeling the delineations of these legends — or maybe he just wanted to turn profit. The latter consideration became his reality. The world ate up his work. Beltracchi made millions working with his wife Helene to sell these ‘misplaced’ works of arts. In an interview, he revealed how excited he’d feel to see one of his painting at the MoMa. Fooling even experts, Beltracchi made a comfortable living off of his cunning chicanery for almost 40 years, his work displayed in famous museums and in infamous exhibitions. 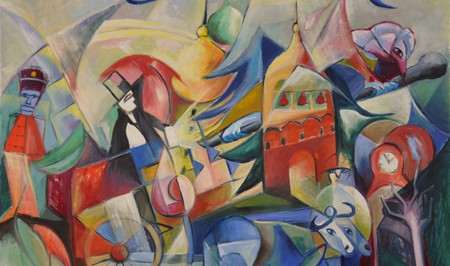 His wife Helene had a grandfather who hid his art collection from the Nazis, using his estate as protection and amassing quite an impressive stock — at least, that’s the story she told. Her crafty wielding of this false narrative allowed for Wolfgang’s work to become viable. No one really asked questions; Wolfgang and Helene had an impressive painting and a good story — what more was there? They even tricked the likes of American actor Steve Martin, who had one of Beltracchi’s works in his home.

Every possible aspect was manipulated to fool the buyers. Flea markets were scoured for old frames. They checked their sources to avoid anachronisms; paint samples were sent to labs to ensure those were available during the alleged artist’s time. Old photos were crafted on pre-war paper, with the forgeries in the background to substantiate their claims. They had to be fastidious. They were criminals. 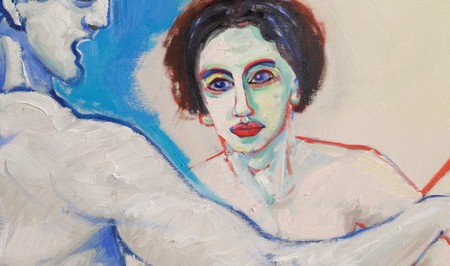 Two words would ruin him: titanium white. The undoing is always simple. It could be chalked up to carelessness, or perhaps it was just a matter of time. The color he used in an imitation of a 1914 Heinrich Campendonk did not actually exist at that time. In 2010, the luxurious life of Wolfgang and Helene — coined ‘a modern day Bonnie and Clyde’ — came to an abrupt halt. Wolfgang was sentenced to six years in prison (he served four).

Prison was a fecund time for his own work. He painted assiduously, still stylistically channeling the greats but with his own twist and this time, with his own name. His notoriety played to his favor; perhaps this was the plan all along. Wolfgang now gets to be the famous one, the one whose name is worth recognizing. The paintings still rake in millions, and not because they are faux Picassos, but because everyone wants a piece of the greatest art forger of all time — which should help pay back the whopping twenty-some million he owes in lawsuits. 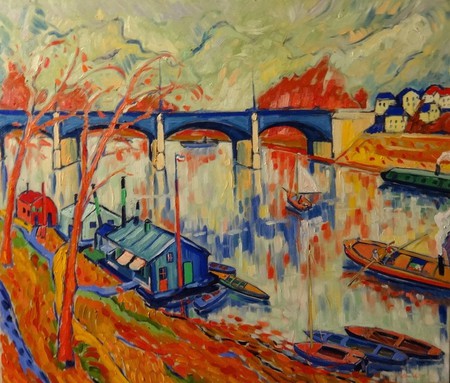 The public has rewarded his artifice not only monetarily but in sheer interest. Last May, an art gallery in Munich put on a showcase of his work, entitled Freedom. Last September, a film about him opened in NYC, called Beltracchi: The Art of Forgery. Was his release from his many masks a ploy to achieve his own greatness? Probably not, but who can be sure? His talent cannot be ignored on the canvas and in the public eye.

Crime in the art world always seems to weasel its way into social experimentation. Is it the public’s self conscious fear of ‘not getting it’? When the public is fooled, maybe in order to lessen the shame, it tends to categorize duplicity as genius. Was Wolfgang stripping away the frivolity of the art market and urging us to evaluate what are we willing to pay for a name? By blurring the lines of what is real and what is not, he disrupts our own understanding of art and the way it exists in society. People’s love for categorical hierarchies allows for inauthentic surface consumption. Maybe Wolfgang wanted society to examine its own metric system of adjectives and excess — or maybe he just wanted to make millions.