Why The Mascot for Köln F.C. is a Goat Named Hennes 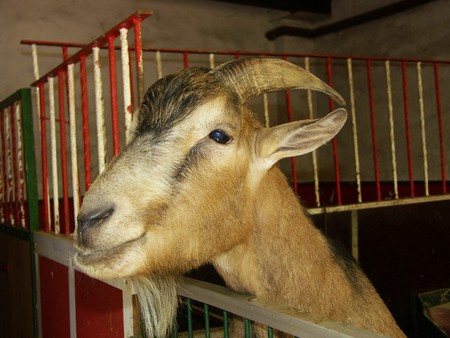 Like most soccer clubs, Köln F.C. have a mascot to gee up the crowds and to cheer the team on from the sidelines. Köln F.C.’s, however, is different from the others. Instead of an identifiable, larger than life cartoon character, Köln have a goat. Yes, a real one. Culture Trip explains the story behind this most unusual of mascots.

In 1950, 1. Köln F.C. (yes, there really is a number “1” in their name) was celebrating its second anniversary. With a carnival party thrown in their honor, the director of the local circus, one Frau Carola Williams, presented the team with a goat as a good luck charm. The coach at the time, Hennes Weisweiller, promptly adopted the goat and named it after himself. Who wouldn’t?

The fans loved this immediately, and by 1954 a likeness of Hennes was part of the official Köln F.C. uniform. In 1978, Köln F.C. won two championships and the fans wrote a song in honor of the goat – which by now was the fourth in succession, Hennes IV. The song was rather charmingly titled “Our Goat is the Champion.”

Later, when plush mascots became popular throughout the sport, there was the idea that perhaps the Köln F.C. fans would want to keep with the times. The idea was rejected absolutely. The mascot was to be a real goat or no goat at all.

Fans love him so much, they regularly bring stuffed likenesses to matches, or wear goat head hats to the games. Some soccer superfans even taken stuffed effigies of him on vacation with them. 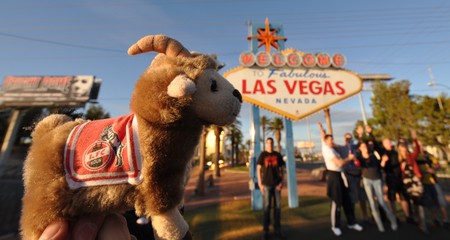 Hennes’ are chosen for the role, not born into it. The current incarnation, Hennes VIII, was born Berti to the Landwehr family in Bergisch-Gladbach, a city on the outskirts of Köln. When it was apparent that Hennes VII was not long for this world, the football club held a contest to find his successor. Fans voted 70 per cent in favor of Berti, relegating Hennes-hopefuls Jimmy, Elvis and Rocky to the list of could-have-beens. Hennes VIII made his first public appearance on August 3, 2008.

These days, Hennes lives a life of luxury in the Köln zoo. Like any star, he is mindful of the need to diversify his portfolio. When he’s not getting into mischief at the soccer pitch, he can be found filming commercials and starring in TV series. Naturally, he has his own Facebook page too. 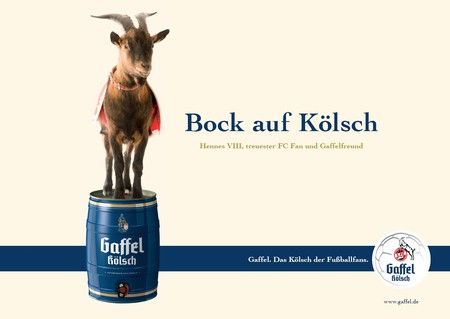