Why You Should Visit Berlin, According to DJ and Café Entrepreneur Peter Duran 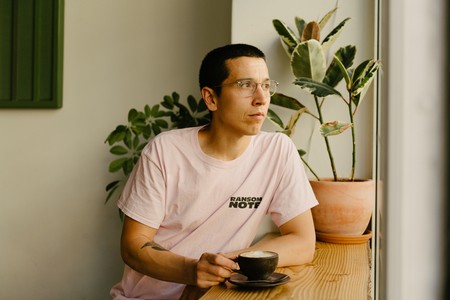 In Neukölln, one of Berlin’s hippest neighbourhoods, Isla Coffee owner Peter Duran breaks down his favourite things about the city, and makes a strong case for why you should visit. 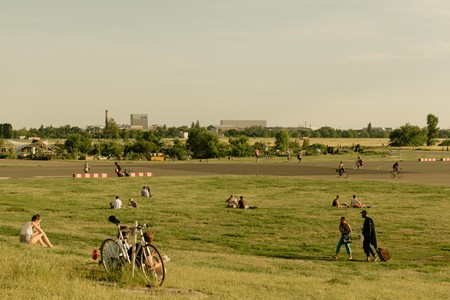 Why go to Berlin? For one, you’ll never have the same trip twice. It’s a city that shows you a different face each time you’re there, or if you live here, one that constantly reveals new, unexplored layers.

For many who haven’t been, Berlin’s reputation as a hedonistic wonderland of pulsating clubs where the barely dressed dance until mid-morning tends to precede it. But it’s also the location of one of modern history’s darkest chapters, where the past and the city’s self-aware present form layers on even the most unassuming streets; an art lover’s paradise, where bold performance art and poetry slams in underground venues are juxtaposed with the city’s 170 established museums; and a place where radical concepts have a chance to thrive in an atmosphere of creativity and freedom.

Berlin is a city of neighbourhoods as well, stemming partly from its Cold War history, when it was split into West Berlin, controlled by the UK, the USA and France, and Soviet-controlled East Berlin. If you want to really experience Berlin, you’ll do well to drift from Alexanderplatz into the Kieze, the neighbourhoods-within-neighbourhoods that make up areas such as arty, multicultural Neukölln, still-hip Kreuzberg and family-friendly Prenzlauer Berg.

The best trips to Berlin seek out the unexpected, the extraordinary, the only-here moments that happen when you’re off the beaten track. Dig a little deeper beyond the Brandenburg Gate and Berliner Fernsehturm, and you’ll come away with some only-in-Berlin memories.

Berlin has more sides than you might anticipate, but someone who’s familiar with them on an expert level is American expat Peter Duran, who’s the co-owner of Neukölln’s hip Isla Coffee by day and can be found behind the booth at some of Berlin’s most interesting club nights at night (“Baristas that are also DJs. Jesus, that writes itself,” he quips).

After a day at Isla, which he opened in 2016, he moonlights as Oldspeak to spin house beats at some of the city’s coolest parties and venues – and if you’re coming to Berlin, you shouldn’t ignore its nightlife, because there’s truly a party for everyone. 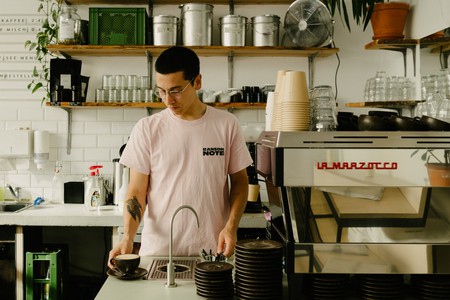 Berlin’s club scene is so intertwined with the city itself that the local government recently pledged a million euros to soundproof its clubs, because, as senator Ramona Pop told Der Tagesspiegel, “Berlin’s club culture is known worldwide and a hallmark of our city.” But it’s not the club culture people from London or New York might expect: leave your false lashes and heels behind for a night out in Berlin, where bouncers generally curate diversity, inclusivity and club-goers with a cool-kid, don’t-care-too-much attitude.

As a DJ, Duran’s racked up plenty of nights in clubs, so trust that his standards are high – he’s not going to be manning the booth at a soulless techno night. “I’d rather just play for people that are there to hear something a bit challenging,” he says. When asked how he describes his music, he responds “varied, bizarre, percussive, and fun. I feel like everyone in Berlin is a DJ, so it kind of is a nice challenge to play something different and play it really well if you want to do something interesting,” he says.

One of his favourite events, which epitomises the best of Berlin nightlife, is a night called Radiant Love, which comes around every two or three months. “I’ve listened to club music and played club music; I don’t really go to clubs to be in clubs,” he says. “If I do go, it’s usually because I know the music is gonna be nice, and I can dance with my friends. These people have this specific focus to kind of recreate the dance floor… as a queer space that was very intersectional, so not just a queer party for queer people but a space of engagement, full of respect and love.” Although the event is still a little under the radar, Duran says that the last party drew 500 or 600 people. “Because the way they advertise it, it always manages to draw the right crowd, but new people each time,” he says. “They’re very careful with how they do that, and there’s nothing elitist about it whatsoever… this one just feels like it’s for everyone.”

Berlin beyond the club

Don’t think that even a nightlife-focussed trip to Berlin will leave you hanging during the day: one of Duran’s favourite neighbourhoods to explore is the one in which Isla is located.

The coffee shop is right off of Hermannstraße, one of Neukölln’s main drags, which, like so many streets in the capital, is a stretch of fairly unappealing postwar architecture broken up by ornamented pre-war buildings doused in graffiti. It sits at the edge of Schillerkiez, the mini-neighbourhood that fills the blocks between Hermannstraße and Tempelhofer Feld, the decommissioned airport and site of the Western Allies’ Berlin Airlift that’s now a public park and much-loved summer barbecue spot.

Inside, Isla is an oasis, a refuge from the humanity outside coming and going, a light-filled café dotted with plants and artwork and an ever-evolving setup of furniture that’s locally made from creatively reclaimed materials, such as stylish benches made from old doors. 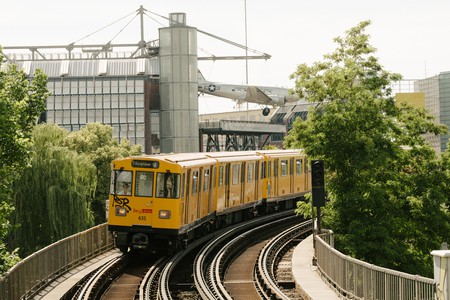 “I think since living here, Neukölln has become quite easily the most dynamic part of the city,” he says. Although he mentions that he’d like to see more mixing between the neighbourhood’s parallel societies – it’s populated by first- and second-generation Arabic and Turkish residents, anglophone hipsters and former East and West Germans, among many, many others – he adds that Neukölln’s ever-changing face is part of its appeal. “It’s a lot of self-made people from abroad, taking knowledge from their home countries like the States and England and Australia, and people from other parts of the world, and utilising this blank cheap canvas that is Berlin,” he says, acknowledging that “the cheapness and the liberty come at the expense of other people’s claim to the history of the city”.

For Duran, his freedom is found in Isla, a successful project that lets him put radical sustainability practices into action on his own terms. He’s dedicated to quality ethical sourcing (he’ll even factor in the ‘wokeness’ of a company’s advertising when it comes to picking products) and to building a circular economy, where waste products from one process can be repurposed for use in another process: say, transforming leftover milk into ricotta and yoghurt to accompany a weekend brunch dish. He’s also big into seasonal coffees, meaning that the espresso you have your first day in town might taste different on your last visit, thanks to the single-origin blends Duran rotates through the lineup. 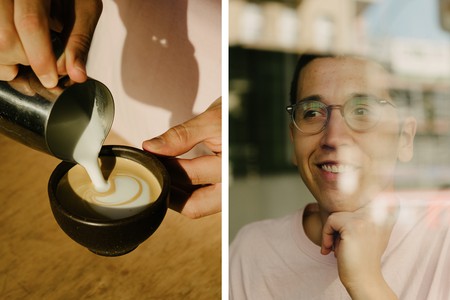 Once caffeinated, head to Britzer Garten, one of Neukölln’s little-known gems. Formerly the site of the 1985 Federal Garden Show, the park is located in the southern part of the district, and there’s plenty to do here: its 40 hectares (100 acres) contain a famous rose garden, a geological area, a little zoo, playgrounds and Europe’s largest sundial, as well as three restaurants that are open year-round. 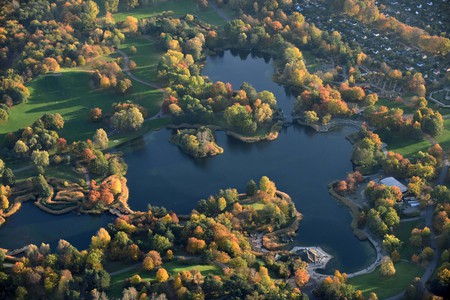 Outside of Neukölln, there’s plenty to do on the regular tourist trail. Museum Island, for example, houses some of the city’s most important museums and is well worth spending a day on. But if you want something a little different, Duran suggests heading over to Charlottenburg in the west. What to do there? Eat your way down Kantstraße. “No one ever thinks about going to Charlottenburg, but people over there have money, and they know what they like, which means most concepts that are in Kantstraße are pretty established and obviously very hyped, but also worth it.” One of his top stops? Lon Men’s Noodle House, which serves up delicious Taiwanese fare. Also worth a stop for food is Café Rossia, a 24-hour Russian café and grocery store that’s also open around the clock (both rarities for Berlin).

Or you could stay in the east and head over to near Treptower Park – also a great spot to catch a Stern und Kreis boat tour. In the middle of the Treptow neighbourhood is Mion Records, an audiophile’s paradise and a great place to pick up an unexpected souvenir. Duran says it sells only Japanese pressings, including gems you’d be unlikely to find in many other places. “You can spend days in there looking for records,” he says. 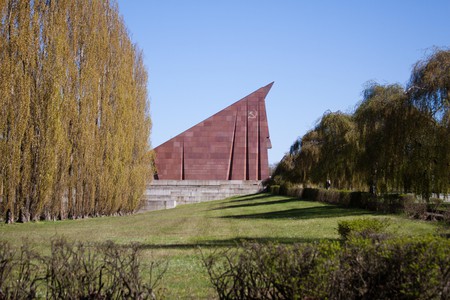 When it comes to the practicalities of visiting Berlin, Duran mentions that some visitors might be in for a bit of a shock. One thing that might surprise visitors is just how anachronistic Berlin is, although that’s begun to change as it plays catch-up to what’s taken for granted in other cities. For instance, if you’re going to get a coffee, purchase a meal or otherwise make a transaction at places that aren’t chains, it’s historically been a smart idea to assume that you’ll be doing it in cash (and be pleasantly surprised when it’s not). “We have contactless payment in the city now in certain places,” Duran says – and yes, that’s a big deal in Berlin.

Another development that’s made getting around Berlin much easier, Duran mentions, is the BVG app, where visitors can get their transit tickets (a single ticket will work for all forms of public transit in the city). No, it doesn’t seem like a public-transit app that sells tickets should be a big deal in 2019, but residents were thrilled last year when they could finally purchase their monthly tickets on it instead of getting physical paper passes. And Berlin’s set to go one better this summer, with an all-in-one app that will reportedly include not just public transit, but bikes, taxis, scooters and other privately based transport methods – and it’ll be the first European city of its size to do so.

“It just kind of feels like, for a western city, Berlin is slowly catching up with the rest of the world,” Duran says. “I have to say that it’s a double-edged sword, because the fact that Berlin exists at a quarter of the pace of London is what makes it attractive.” 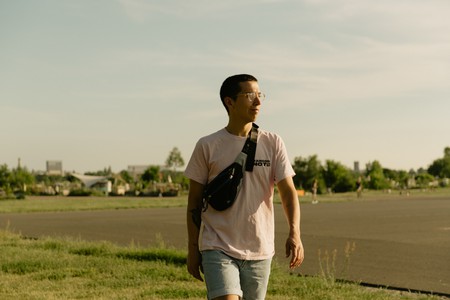