Why Are Chinese Tourists Flocking to This Historic German City? 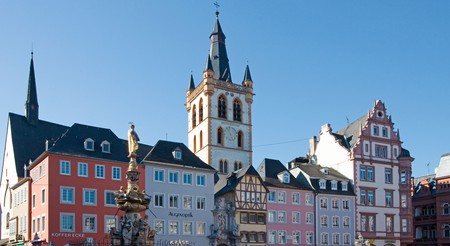 Every year more than 10 million Chinese citizens make the journey to Europe, with Germany a firm favourite on the itinerary. But it’s not Berlin or the beer gardens of Munich that are the biggest draws; more than any other German city, Chinese tourists are heading to Trier.

A comparatively small and inconspicuous city in the west of the country, Trier is Germany’s oldest city. It’s steeped in Roman history and wine culture, and visitors from all over the world stop by to marvel at monuments such as the Porta Nigra (‘black gate’) or to enjoy a generous glass of the regional Moselle wine. For the 150,000 Chinese tourists who visit Trier every year, however, the main attraction lies in the city’s link to Karl Marx.

A tribute to the bearded father of socialism

The renowned – if divisive – philosopher Karl Marx was born in Trier on 5 May 1818 and spent most of his childhood and youth in the city. As the founder of Communism, Marx is hailed as a hero by much of the Chinese population and his ideology has served as the guiding principle behind the Chinese government’s own policies. In a gesture of admiration for the German philosopher, the Chinese government donated a statue of Marx to the city of Trier to celebrate the bicentenary of his birth in 2018. 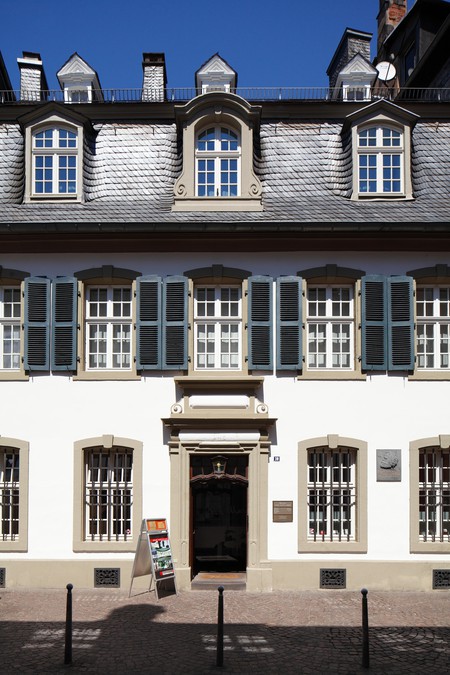 A Marx-inspired tour of Trier

Trier is packed with points of interest for anyone looking for traces of the city’s most famous son. First on the list for many visitors is the bronze statue of Marx by Chinese sculptor Wu Weishan, which was donated to the city by the Chinese government to mark the bicentenary of Marx’s birth. While the statue drew protests from human-rights groups, crowds of tourists queue up to take a selfie with the likeness. A few metres away, the famed German philosopher can even help you cross the street: special traffic lights bear Marx caricatures in place of the traditional green and red figures. The Karl-Marx-Haus Museum on Brückenstraße offers insight into the revolutionary’s life and work, while its Baroque facade is another photo hotspot. 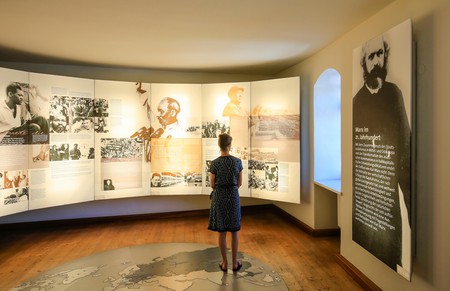 This so-called ‘red tourism’ has exerted a visible influence on business in Trier, with shops, restaurants and tour operators eager to make the most of the influx of visitors. In preparation for the rising number of Chinese tourists during 2018 – dubbed ‘Karl Marx Year’ – many retailers took part in an etiquette seminar organised by the Trier Chamber of Commerce and Industry, while others focused on expanding their range of products. Along with long-standing mementos such as busts of Marx, rubber ducks and piggy banks, a commemorative purple banknote – worth a grand total of zero – has been a sell-out hit. Fashionistas can even bring about a style revolution when they shop at the local Marx-inspired clothing store, which leads with the catchy slogan “A little bit of Marx looks good on everybody”. Even restaurants, cafés and wine houses are using the opportunity to attract visitors with such new creations as the ‘Marx-Schnitzel’, Karl Marx chocolate truffles or a bottle of wine labelled ‘Das Kapital’. 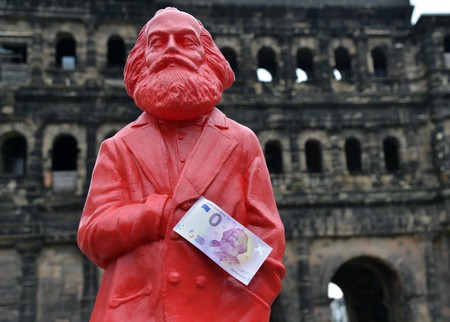 The (in)famous forgotten son of Trier

Just as Marx left his hometown following school and rarely visited or mentioned Trier in his works, for a long time Trier equally seemed to have forgotten Marx. “Trier has been treating its most famous son disgracefully for decades. The people of Trier have been sleeping for 40 or 50 years,” local tour guide Walter Schneider told local newspaper Unsere Kirche, explaining that the rather conservative city was particularly ashamed of him during the Cold War era.

Two hundred years later, he remains a controversial and divisive figure. Although Marx’s return to the city in the form of a Chinese government-bankrolled statue was highly contentious, last year’s anniversary celebration saw a renewed interest in the revolutionary figure among Trier residents. However, visitors from all over the word are in two minds about the legacy of Marx, as the entries in the museum’s visitor’s book attest: opinions range from “Long live Marxism” to “You’ve caused serious harm to 1.3 billion people”. 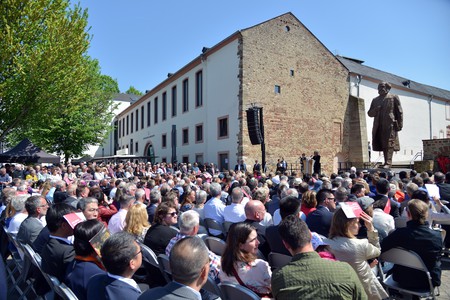 An unusual route through Europe

As peculiar as Trier’s popularity among Chinese tourists might seem, it’s certainly not a unique case: visitors from China gravitate towards a number of seemingly peculiar destinations across the continent. These include the French town of Montargis, where hundreds of Chinese students – including Deng Xiaoping and friends of Mao Zedong – came to study and reportedly gathered in a park to set out their first ideas for a Chinese Communist Party. Many pay a visit to King’s College in Cambridge, England, where the willow tree mentioned in Xu Zhimo’s poem ‘On Leaving Cambridge’ can be found, and a large number of Chinese travel groups also make a stop in Bonn in Germany to visit the birthplace of composer and pianist Ludwig van Beethoven, who is beloved in China. 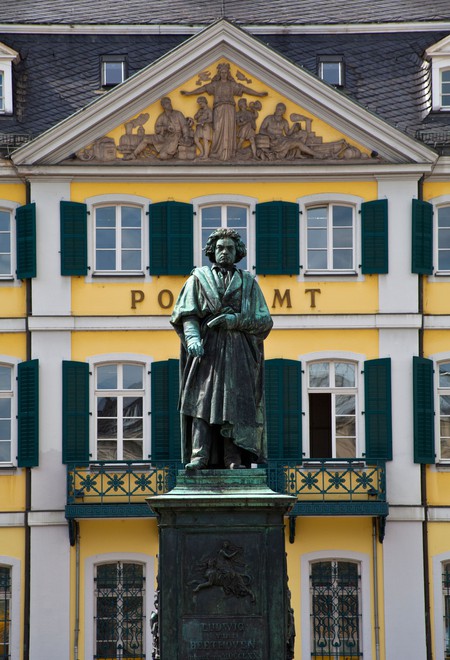