What You Need to Know About the Hanseatic League 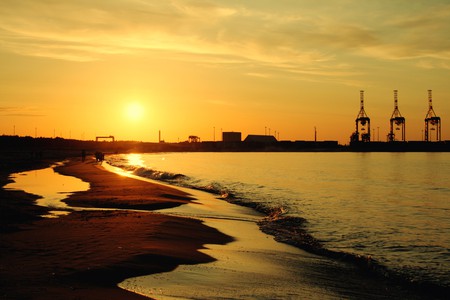 Berlin, Cologne, Munich, and Hamburg usually top the list for most visits to Germany, but considering that half of the 80 cities in Germany have less than 200,000 people, sticking to the big cities means missing quite a lot of what Germany is really like. In the north of Germany, a good jumping-off point for medium to small-sized cities is the Hanseatic League. While now a tourist and goodwill organization, between the 15th and 19th centuries the League stretched from the Baltic and North Seas to points further inland and was the most powerful trading bloc in the world. 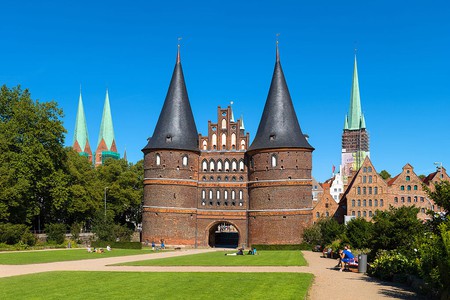 The Hansa, as they were known (e.g. Lufthansa means “Air Hansa”), needed to do something with their piles of silver coins. The explosion in construction techniques and availability of materials and skilled tradesmen meant buildings that were bigger than ever. Parish churches, cathedrals, town halls, private houses for the wealthy, city gates, you name it. The Brick Gothic style – so named because lack of stone in the area meant buildings were made of red clay bricks – was bulky and simple as compared to the filigree work done in the south of Germany or Italy, but it lasted and became the signature style of northern Germany, Scandinavia, and the Baltic States. 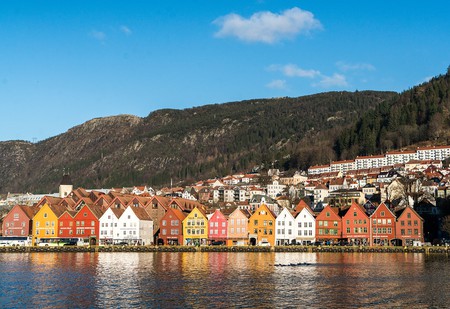 In its glory days, the Hanseatic League was made up of about 40 main cities, with the largest number being in Germany and what is now Poland. For a taste of life outside the big city, catch an Intercity (IC) or Regional Express (RE) train to:

Lübeck – ground zero for the Hanseatic League, part of the Wendish section, the place from where all rules and customs originated and the cradle of the Brick Gothic style. Lübeck was rebuilt after the war to look like nothing at all had happened and is now a UNESCO World Heritage site that lies 70km northeast of Hamburg.

Gdansk –now in Poland, Gdansk was the secondary powerhouse of the HL. Much of western Poland was in German Pomerania and in the League’s heyday, the city was known by its German name, Danzig. 500km northeast of Berlin, Gdansk is another Brick Gothic toy town, but these days, there’s much more to the city than that.

Braunschweig – the city that produced Princess Caroline, one half of what was definitely one of the most miserable royal marriages of all time, was also a major player in the Hanseatic League. Heavy bombing during the war destroyed much of the city, and reduced economic circumstances afterwards meant the city has only recently reconstructed some of the main buildings. Other cites in the Saxon Quarter, Erfurt in particular, are more intact.

Also in the Saxon Quarter: Bremen, Magdeburg, and Stade.

Cologne – the funnest city in Germany did actually manage to get some serious trading in before getting kicked out as the capital of the Westphalia Quarter due to a skirmish with the Danes. Limestone was reasonably easy to get in the Rhineland, so there’s not much Brick Gothic architecture in town. There are however, a few other things to keep a visitor busy.