What to Know about the Summerjam Festival, Cologne 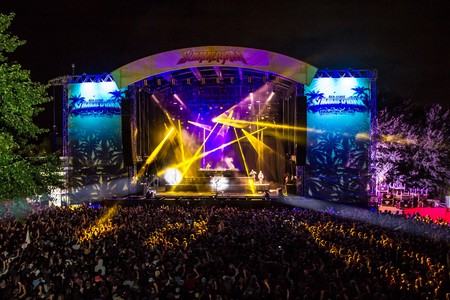 Since 1986, reggae and dancehall tunes sound over the meadows around Cologne’s idyllic Fühlinger lake every summer. The first weekend of July sees 30.000 people from all over Europe flock to Cologne for a few days filled with a touch of Caribbean flair, lakeside views and chilled reggae, dancehall and hip hop sounds. Here’s what you need to know about Cologne’s Summerjam festival.

This year, the Summerjam will take place July 6 – 8.

The Fühlinger lake is situated in Cologne’s north and can easily be reached both for those arriving by car and those relying on public transport. Parking tickets are available for €20 – €30, a trip on public transport costs around €6 return from Cologne central station. Get on the S11 tram to Chorweiler and transfer to bus number 122 until you reach the stop Seeberg. If you’re unsure, you can most likely follow a crowd of people heading to the same destination. 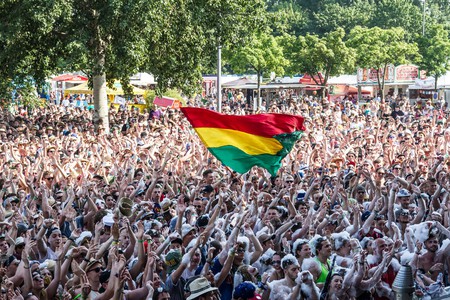 While the main festival action takes place between Friday and Sunday and your festival pass (€120) covers both your attendance and camping from Thursday onwards, some campground section open their doors as early as Monday morning. For an extra charge of €15 per person and night between Monday and Wednesday you can chill by the lake for a few nights before the masses arrive.

The Summerjam festival grounds span almost across the entirety of the lake and its meadows and beaches. Differently themed campgrounds hug the lakeshore with spots whether you seek a shady place under the trees, a quiet and secluded spot or a sandy patch on the beach. Tickets for the dedicated caravan or family sections need to be specified upon booking.

One important thing to note is that even though the water looks tempting for a quick dip, swimming is only allowed at the guarded section of Black Foot Beach.

After breakfast, which is available from food stalls throughout the camp, you’ll most likely head to the festival island in the middle of Fühlinger lake where you’ll spend most of your day. The grounds are home to two of the main stages, a bazaar, beach volleyball courts, food trucks and chill-out zones. For after line-up fun, revellers tend to head to the northern end of the campgrounds for nightly dancehall parties at a third events space.

Like every year, the line-up encompasses international and national top acts of the reggae, hip hop and dancehall scene. From Cologne local icon Gentleman and other German stars such as Afrob, Dendemann, Milky Chance and Marteria, the festival has also confirmed the attendance of Bob Marley’s eldest son Ziggy Marley, London’s The Skints, Alkaline and Chronixx.

But that’s far from all, keep your eyes peeled for more bands to be added to the list. Info is available at www.summerjam.de