What to Know About Glühwein and Where to Try It 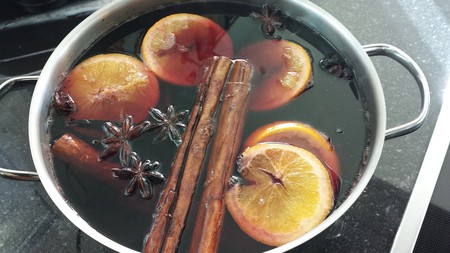 If it’s past the first Sunday in Germany’s Advent holiday (we know you all know when that is), it means that Glühwein season is officially open. Depending on where you are in Germany, you have at least four (sometimes up to six weeks) to drink copious quantities of winter’s best beverage. Here’s everything else you need to know about Glühwein.

Stemming from a tradition that dates back to at least 1420, though it’s probably been around for as long as people have known to mix warm wine and spices, Glühwein is usually made from adding cinnamon sticks, star anise, sugar, vanilla, lemons, orange slices and cloves to red wine. The mixture is gently warmed until the spices have done their magic.

These days, Glühwein with white wine is also available and in some parts of Germany you can find it made of blueberry or cherry wine. For some extra fun, look for Glühwein mit Schuss which is Glühwein with a shot of liquor, usually rum. 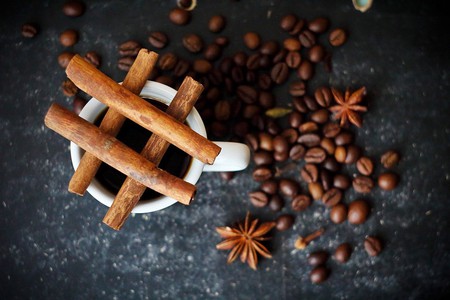 Be warned, it will give you a wicked hangover

Because Glühwein is warmed for so long—traditionally over hot irons, hence its literal name ‘glowing wine’—it is barely alcoholic and, at least in Germany, totally fine for children to drink along with their Lebkuchen (a traditional German baked treat).

As with sangria, the point of Glühwein isn’t to sip from the finest bottles of wine but to have something warm in your hands while you walk with your friends in the freezing cold. And as most people know, cheap red wine is a ticket straight to hangover city. Add to that the immense quantities of added sugar plus the difficulty you’ll have calibrating your body’s tolerance in cold weather and voilà— you just drank the perfect recipe for festive regret. 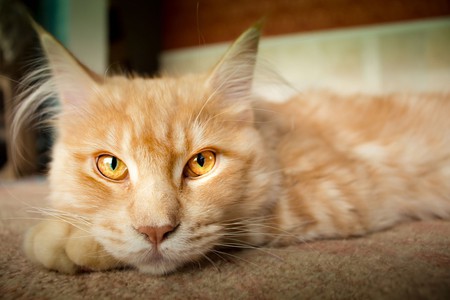 You, the day after too much Glühwein | © picupyourphoto/Pixabay

Though Glühwein can be bought at any grocery store, what’s the fun in that? The drink is made for cold weather and is best enjoyed in its natural habitat: Germany’s Christmas markets. Germans typically meet their friends and acquaintances for a Glühwein hangout at the Christmas markets and there’s no reason you shouldn’t too. After all, it’s the perfect drink you’ll need to wash down all that raclette. 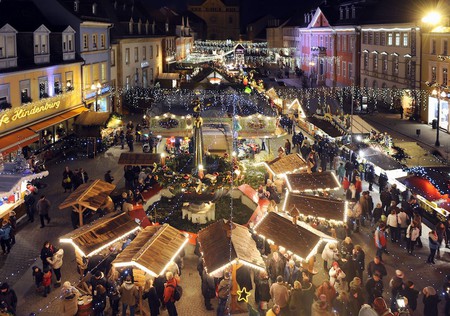 It will cost more than you think

At Germany’s Christmas markets, Glühwein is served in novelty mugs and each market has its own unique mug which changes from year to year. Since the mugs are mass-produced and not especially made by artists, they have no real value. This, however, doesn’t stop some tourists from trying to collect a whole set, something that is totally baffling to Germans, who instead return the mugs to the Glühwein stands to get their pfand (deposit) back.

It is common in Germany to be charged a pfand for glass bottles, or glasses in a crowded bar or club, so Germans don’t even blink when paying 4€ for a drink that usually costs €2.50. To get your euros back, all you have to do is return the mugs to their respective stalls. You may encounter people that collect any abandoned mugs to return them for the pfand. You’ll usually be asked if you’re finished with you drink, but when the Christmas market gets busy make sure to keep an eye out. 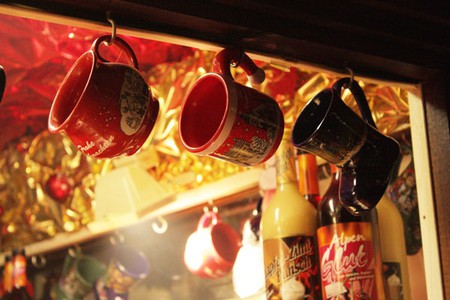