The Ultimate Guide to Attending the Mainz Carnival, Germany 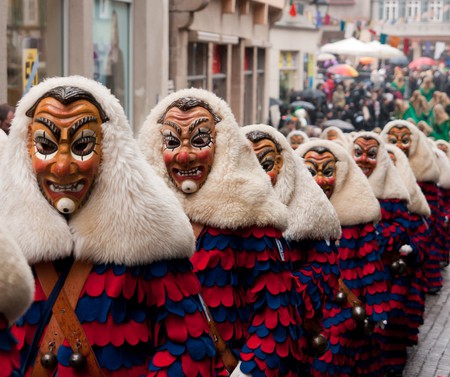 The Mainz Carnival is a city-wide celebration that traditionally begins on 11 November and culminates in the days before Ash Wednesday. It’s one of the largest carnival events in Germany, along with its counterparts in Cologne and Düsseldorf. The months-long carnival reaches its pinnacle in the lead up to Lent, when the city erupts in with celebrations, parades, and jollity. Here’s the ultimate guide to attending the Mainz Carnival.

The Carnival with Class

Mainz Carnival is the perfect Fassenacht for people looking for a mixture of culture, parties and a touch of class. Aside from the celebrations, parades and energetic street parties that are typical of carnival traditions, Mainz carnival has also had an emphasis on political and literary humour and commentary. With satirical portrayals of politicians integrated into the parades and current affairs finding a home in the commentary, Mainz offers a more high-brow carnival. 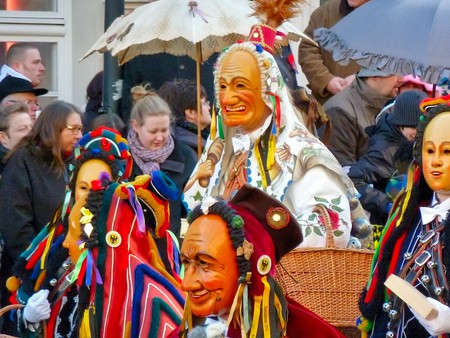 While the Mainz Carnival officially starts in November, the real fun begins in early February when the city is alive with parades, events and electric atmosphere. The main events are spread over six days and start with altweiberfastnacht, a huge street party with live music usually on the Thursday leading into the carnival fun. This opening event starts in front of the Fastnachtsbrunnen, or Carnival Fountain in the Schiller Square, which is also the site of the city’s final carnival parade. Staying close to Schiller Square during Mainz carnival will put visitors in the heart of all the festivities. Following altweiberfastnacht is Carnival Saturday, which features the legendary Jungendmaskenzug, a parade of children wearing masks taking place in the city centres. It’s the biggest children’s parade in Europe and an adorably fun parade during Mainz carnival festivities. Next is Carnival Sunday, which acts as a teaser for the Rosenmontag parade, starting at exactly 11:11 am, this wild parade of the ‘crazy’ guards through the city centre and a presentation of the floats that will be presented during the next day’s parades. The climax of the carnival is on Rosenmontag, and in Mainz this procession stretches for roughly 6.5 kilometres (4 miles), making it one of the region’s longest parades and its evening show in Schiller Square is broadcast live on German TV. As the carnival starts to come to an end it is rounded off with Kappenfahrt, on Tuesday. Beginning at 3:11 pm, it’s another parade where official carnival corporations wear traditional caps and drive in cabrios as the official ending to the carnival’s street festivities. Finally, on Ash Wednesday, the carnival comes to an end, and it’s festivities are ceremonially buried as the fasting of Lent begins. 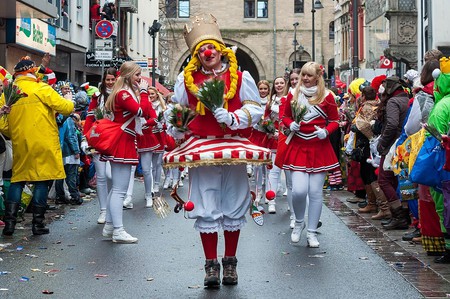 Get Your Costume Ready

The parade and street party-centric carnival is the perfect chance for visitors to flex their creativity and dress up in a variety of crazy costumes. For visitors who want to embrace the carnival’s energy, German literary costumes are welcome, as are satirical and politically motivated garments, but overall, as long as you embrace the costume-fun then you’ll feel right at home. With tons of street parties and parades, live music and a touch of class, Mainz is an exciting place to spend carnival. The city’s manageable size, idyllic scenery and old-town atmosphere make Mainz the perfect spot to spend carnival. 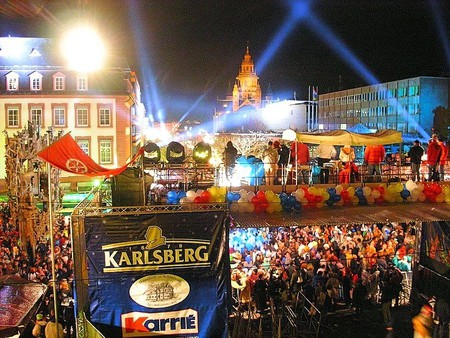 Mainz carnival, view from the Schillerplatz with carnival fountain | © frAgor/ WikiCommons
Give us feedback