Top Things To Do And See In Lichtenberg, Berlin

Moonrise over Lichtenberg |© Sascha Kohlmann/Flickr
Lichtenberg, formerly home to the headquarters of the Stasi police in Germany, is now a prosperous borough that has been labeled the Chinatown of Berlin. These are the best things to do and see in the area.

Zoos can be off-putting for various reasons, but Tierpark is a zoo that can put those worries to bed. This place leaves ample space for the animals to roam, as if onlookers were getting to experience the animals in their own habitat. This place is so large that it’s recommended taking a whole day to see it. Around each bend is another happy haunt where various species of the animal kingdom reign. Tierpark’s nature can be so immersive, it’s easy to forget it’s even in Berlin. 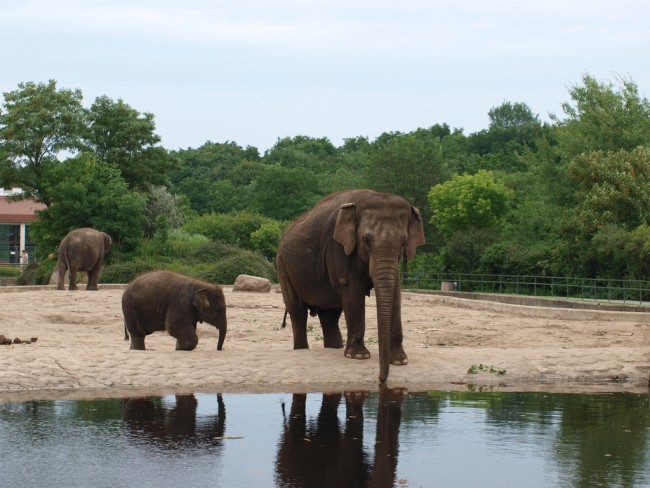 Though Dong Xuan Center is technically a center, it would be more appropriate for it to be called a community. By design, it’s a multi-building market hall that houses just about everything imaginable that has to do with Asian culture. This modern-day market hall is 88,000 square meters and has over 150 different vendors. It’s the go-to place for great pho, rice cookers, and hard-to-find ingredients. Yes, there are other Asian markets in Berlin, but none quite like this. Vietnam is the predominate Asian culture represented here, so it’s just about the best place to come for authentic Vietnamese food. Spiky hats, cheap luggage and a plethora of ‘what?’ is also sold at this colorful cultural bazar. 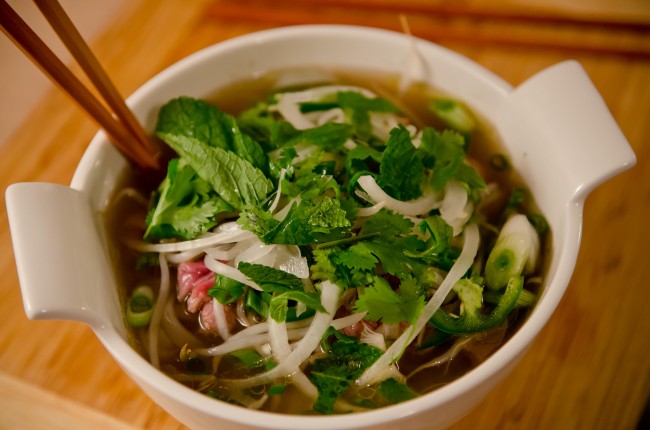 Museum
Stasi Museum | © Jamie Moore / Flickr
An integral part of Berlin’s history is remembered at this museum. The Stasi Museum speaks to Berlin’s ability to have culpability for its past. It doesn’t try to mitigate its history by suppressing it; it takes ownership by bringing a level of awareness to it. Located on the grounds of the previous headquarters of the GDR, the Stasi Museum offers real offices and a sundry of archives to be surveyed. Visitors can tour the haunting space that acted as a modern-day panopticon for East Germany. Most of the writings etched in the museum are in German, so an audio tour is a must for non-German speakers. This is an ideal stop for history buffs and those who want to get a full understanding of the heaviness of life in East Germany before the falling of the wall.
More Info
Open In Google Maps
Haus 1, 20 Normannenstraße, Bezirk Lichtenberg Berlin, Berlin, 10365, Germany
+49305536854
View menu
Visit website
Visit Facebook page
Send an Email
Give us feedback

Foosball seems to be a facet in Berlin bars nowadays, but whatever happened to pool? This place, as the name suggests, soothes the sadness of those mourning the allotment of billiards in the Hauptstadt. This no frills pub is an oasis for those who are serious about their pool game. It’s also a great spot to catch an upcoming match. Billardsalon is free of gimmicks, tricks and cheap ruses used to attract clientele. This bar is as straightforward as it gets: endless aisles of pool, beer served in pints, and honest lovers of the game. Bonus: cheap cocktails and darts. 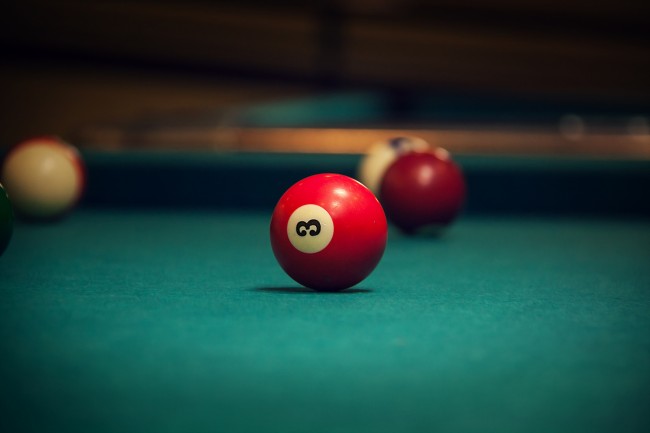 Restaurant, German, $$$
Pilsner Urquell
Fresh and toothsome German cuisine served by a young crowd seems almost oxymoronic. It’s not often that young restauranteurs take on the hearty delights of Germany. More so, it’s not often that it’s done right. This quaint restaurant in the east adorns itself with worn wooden tables, fresh flowers and a soft yellow paint that puts the entire restaurant at ease. A smooth terracotta exterior adjacent to some charming outside tables acts as welcome mat for this cozy establishment. The food is plated beautifully and with care. A rotating menu ensures freshness and variety. A good list of German and Czech beer isn’t the only thing worth getting excited over; there are also movies projected inside the restaurant on Sundays.
More Info
Open In Google Maps
49 Kaskelstraße, Bezirk Lichtenberg Berlin, Berlin, 10317, Germany
+493055576067
View menu
Visit website
Visit Facebook page
Send an Email
Give us feedback

Restaurant, German, $$$
This colorful haunt of German cuisine is eager to delight its patrons. A friendly atmosphere becomes palpable by the warmth of the staff. The springtime palette of the interior adds a sense of playfulness to the place. Anytime-meal cravings can be satiated by HOLIs because it serves breakfast, lunch, and dinner. An outside square with umbrellas, tables, and lounge chairs is a fun place to relax and have a drink in the warmer months. The dishes are created with care as can be seen by the nice presentation. Restaurant HOLIs serves excellent Berliner cuisine in jovial ways.
More Info
Open In Google Maps
69 Wönnichstraße, Bezirk Lichtenberg Berlin, Berlin, 10317, Germany
+493051062660
View menu
Visit website
Visit Facebook page
Send an Email
Give us feedback

This unpretentious operation is making a name for itself on the strasses of Lichtenberg. The coffee is at a high level, and the prices below that. Mid-century modern furniture and patterns color the interior of this charming establishment, creating a stylish and retro aesthetic. Cappuccinos are foamed with attention and at two euros a pop, are practically a steal. No wannabe script writers hacking away on their laptops or over zealous coffee aficionados talking about soil type when they swirl their coffee like wine here. This is a proper, relaxed café that calls back to the old times before Wi-Fi became more important than water. 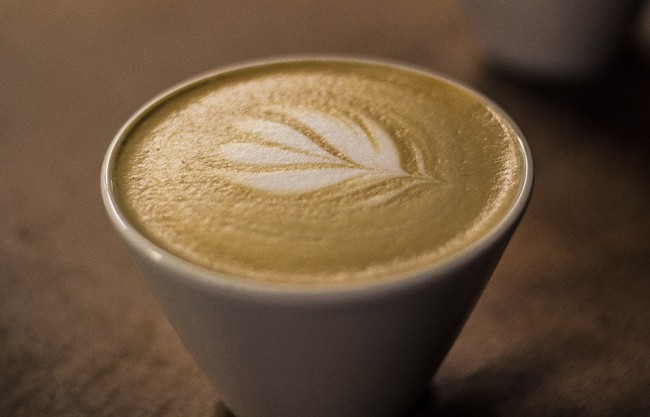 This is where landscape meets park, which doesn’t seem to make a whole lot of sense in English, but it does in German. Landscape refers to protected area, and park refers to recreational area. The idea is having these two elements exist cohesively and to form one mammoth of an urban park. There’s farming, there’s nature and there’s fun. What was a misused space of organic junk juxtaposing some factory buildings became the brainchild of an urban renewal project. There’s now even Pomeranian course wool sheep. New paths were created for bikers, joggers, and roller skaters to bask in the prosperity of this project. 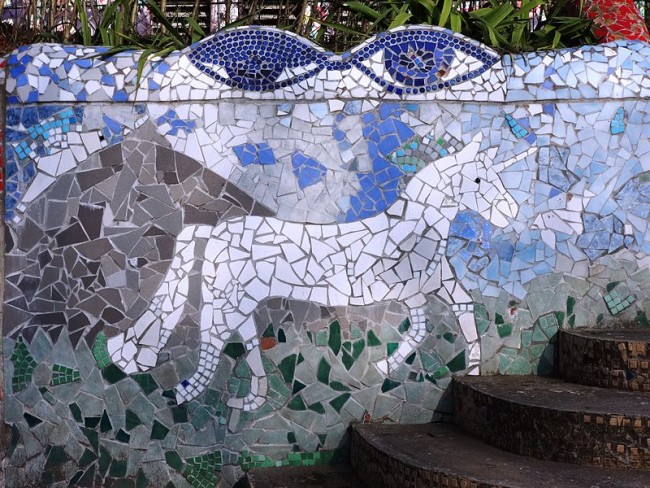